HIGH OFFICE IS NOT ABOUT GLORY 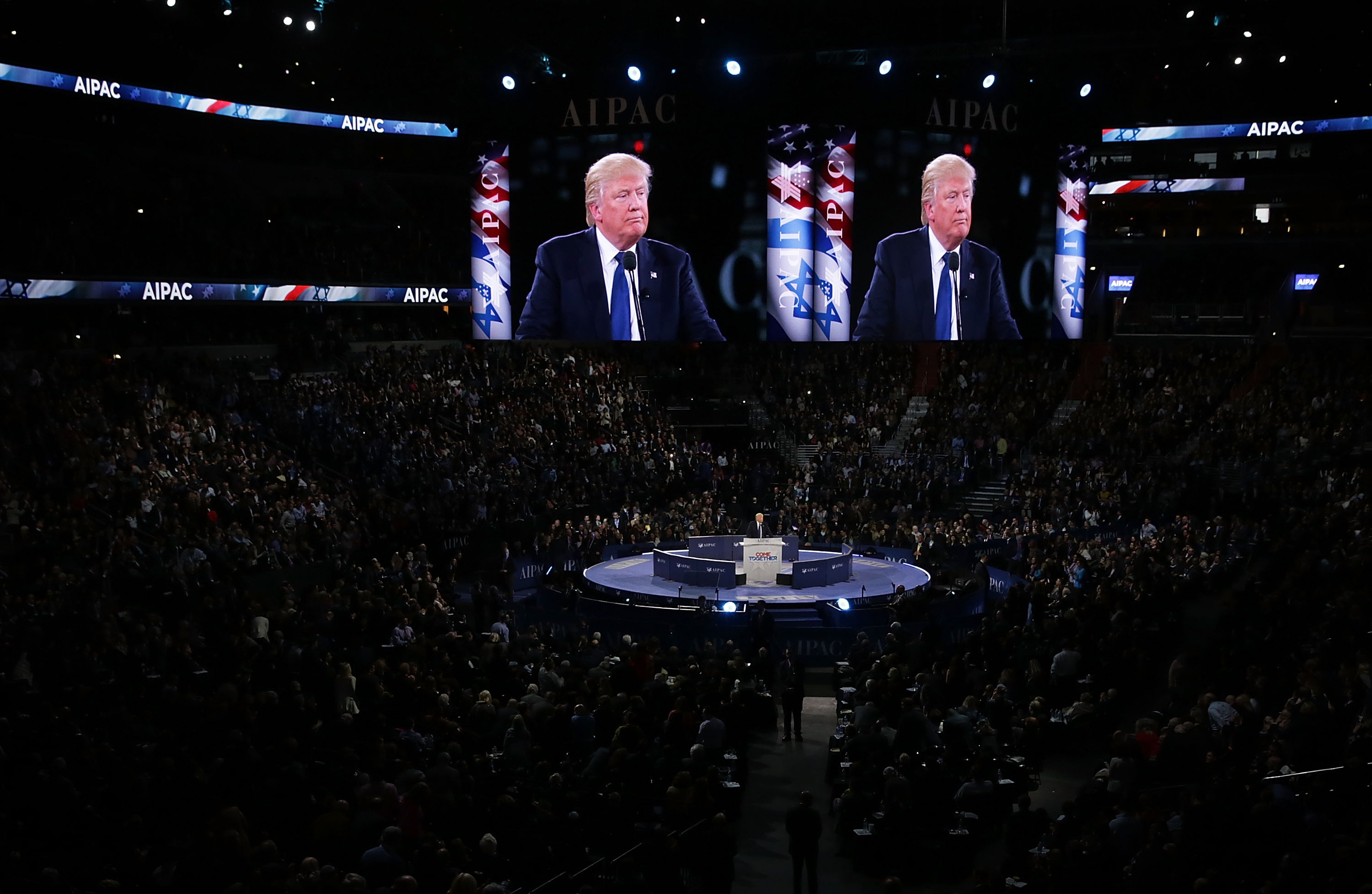 Thousands of words have been written about this year’s AIPAC Policy Conference in publications across the world.

It seems everyone has wanted to weigh in on this gathering of pro-Israel activists, as 18,000 Jews and gentiles who support Israel and are concerned for the strength of the US-Israel relationship gathered in Washington DC to reaffirm their commitment to this important cause.

I sat in the cavernous Verizon Center among delegates from every state in the US and across the world, as the various candidates slugged it out, trying to outdo each other in their pro-Israel pledges and sentiment. Even if you were listening carefully it would have been difficult to choose between them based purely on what they said.

If a strong US-Israel relationship is the key to your support of a candidate then any one of them sounded fine. They are all suspicious of Iran, concerned about increased violence in the Middle East, committed to US military support for Israel, critical of Palestinian terrorism and violence, and everything else relevant.

And of course they all declared that the US-Israel relationship would be most safe in their hands, as opposed to any of the other candidates and the current administration.

So ultimately it wasn’t the speeches that counted. We need to know what these people are really thinking. Professional speechwriters put together well-phrased speeches that were slickly delivered, but – for fear of sounding cynical – we have heard it all before.

In this critical year it is essential for us to know what is really going on in their minds, so that we don’t allow our imagination to determine our opinions, and our actions.

Over the past four years in particular the realities in the Middle East have shifted dramatically, and the person who occupies the White House for the next four years, or possibly eight, will need to have an unshakeable love of and commitment to Israel, so that Israel’s many enemies will not be able to exploit trending animosity against it in situations when US support will be vital.

We learned this exact lesson as we read Megillat Esther on Purim. We saw a king getting rid of his wife, a beautiful woman whose family origins had been the force that propelled him to the throne, on the spurious basis that her refusal to appear at his drunken party would foment rebellion against him across the Persian Empire.

It turned out that his commitment to her was fickle, discarded easily when it was expedient. That same ruler, King Achashverosh, was willing to participate in genocide against the Jews, and then, later on, to ensure their survival. On every occasion when he needed to make a major decision it was expedience that underpinned it, not conviction. His love for Vashti was dispatched in favor of showcasing his authority. Similarly, his commitment to his closest advisor, Haman, whose power was second only to hos own, was ultimately cast aside on a whim.

The king was not a man of principle; he was a fair-weather friend whose warm words of amity were, as Sam Goldwyn might have put it, not worth the paper they were written on. The Jews of the Persian Empire were not safe even after the Purim story, and after King Achashverosh’s untimely death, the Jewish diaspora lobbied his successor to permit the exiled community to return to their homeland, Israel, and rebuild the Temple in Jerusalem.

In this week’s Torah portion we encounter the duties of the High Priest in the Temple. The same man whose elevated position demanded that he preside over the Yom Kippur service was also expected to clean up the ashes from the altar: וְהֵרִים אֶת הַדֶשֶן אֲשֶר תֹאכַל הָאֵשׁ אֶת הָעֹלָה עַל הַמִזְבֵחַ וְשָמוֹ אֵצֶל הַמִזְבֵחַ “he should pick up the ashes where the fire has consumed the burnt-offering on the altar, and put them next to the altar.”

The commentaries all puzzle over this instruction for the High Priest to carry out such a lowly task. Couldn’t one of the ordinary priests have done it?

The powerful answer is that the embers on the altar embodied the continuity of Jewish life. Each and every day the Menorah in the sanctuary was lit using the fire on the altar, and it was also used to burn the sacrifices of the day. If that fire was extinguished all the sacred functions of the Temple would cease, and the High Priesthood would have been a redundant job.

The message of ‘terumat hadeshen’ – the disposal of the ashes, so that the fire wouldn’t die out – was to stress the importance of continuity and consistency. Even the holder of the most elevated position in the land must be cognizant of the fact that no task is too insignificant when continuity and consistency is at stake. For this reason the highest appointed Temple official would carry out the lowly task of ash disposal himself. His office was not about glory; it was about the service of God, and representing the will of God as spiritual leader of the people.

As I reflect on my three days in Washington DC, having witnessed the candidates and leaders revel in the glory and hype of their role in US politics, I must admit that none the pomp and ceremony around them particularly impressed me.

Ultimately what we need to be looking for is their devoted attention to the small details of the US-Israel relationship, as well as their genuine commitment to consistent support for Israel that will transcend electoral needs and political pressures.

It is these qualities that are the mark of true leadership and true friendship.