HEBREW IS A SACRED LANGUAGE 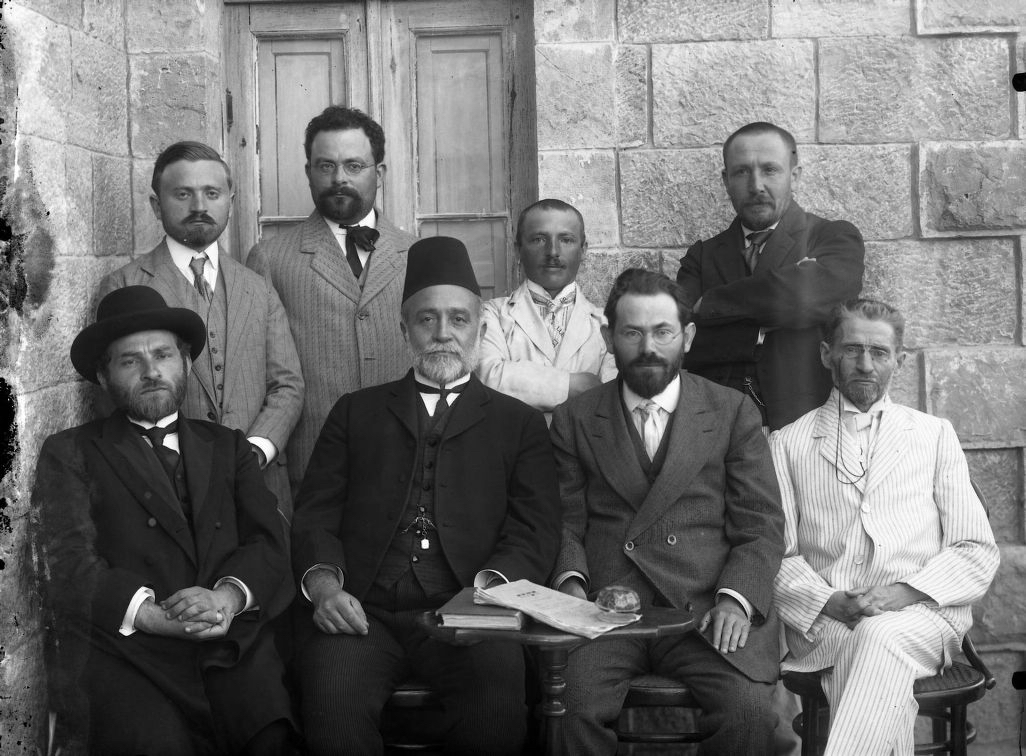 One of the most remarkable phenomena to have occurred in modern times is the rebirth of Hebrew as a spoken language.

Although Hebrew was painstakingly maintained as the ritual and liturgical language of Jews throughout their millennia in the diaspora, and almost exclusively used as the language of Torah-related published works, in every country and region of their residence Jews spoke the local language or a derivative of it, such as Yiddish, derived from German, or Ladino, which is derived from ancient Spanish.

Starting in the late eighteenth century, Hebrew was reborn as a language of regular communication, although at that stage not yet as a spoken language. Hebrew periodicals began to appear, and Hebrew vocabulary began to increase. Incredibly, biblical Hebrew is limited to just 8,000 root words, and Mishnaic-Rabbinic Hebrew has a root vocabulary of only 20,000 words – an insufficient stock for a modern vernacular.

In the late nineteenth century, Eliezer Ben Yehuda (1858-1922) began the monumental project of turning Hebrew into a spoken language by creating a dictionary and a set of rules that would govern how Hebrew would be spoken ubiquitously and revived effectively.

His success was hardly a foregone conclusion. Another language pioneer who tried a very similar experiment at exactly the same time was a man called Ludwik Lejzer Zamenhof (1859-1917).

A Jewish Polish-born physician and inventor, he became obsessed with the idea of creating an “international auxiliary language” that could be used by all nations, thereby eliminating divisions caused by an inability to communicate efficiently. The language he came up with was Esperanto.

Despite great effort and widespread support, the Esperanto enterprise failed miserably, and Esperanto exists today only as a linguistic curiosity, spoken as a second language by scattered groups of aficionados around the western world.

Other similar experiments to revive or recreate ancient languages were similarly unsuccessful. Hebrew stands out as the unique exception, spoken today as a first language by millions, and constantly evolving as a vibrant and exciting vernacular that pulsates with vitality and depth.

Interestingly, although we know the language as Hebrew – or, more accurately, “Ivrit” — this is not how it is referred to in traditional literature. When the Talmud mentions “Ivrit” — as it does in several places — it is almost always referring to an ancient Semitic dialect used by an obscure gentile nation who were located “across the river”, presumably the Jordan River.

The language of the Jews featured in the Bible is always referred to as “Lashon Hakodesh”, which translates as “The Sacred Tongue”. But although we accept this nomenclature as fact, it is, to be sure, quite a strange name for a language.

Would it not be more correct for the language of the Jews to be known as Jewish, or Israelitish (which is the way academics refer to ancient Hebrew)? Or why not just Hebrew? Why is it always referred to in this rather obscure way?

In the Torah portion of Vayigash, immediately after he has revealed himself to his astonished brothers, Joseph reassures them that he is who he says he is. He then adds a cryptic statement (Gen. 45:12):

עֵינֵיכֶם רֹאוֹת כִּי פִּי הַמְדַבֵּר אֲלֵיכֶם  “your eyes can see it is my mouth that is speaking to you.”

The medieval commentary, Rashi, informs us that Joseph was pointing out to his brothers how the fact that he was able to communicate with them in ‘Lashon Hakodesh’ proved beyond any doubt that he was who he claimed to be.

A number of the other rabbinic commentaries query this explanation. As the political leader of the world’s most powerful nation, it would hardly be surprising that Joseph was able to speak the language of a nearby regional group.

More to the point, after 22 years with no Hebrew speakers to communicate with, how fluent could Joseph’s Hebrew have actually been?

That being the case, the faltering Hebrew of a foreign despot would hardly have acted as convincing proof to the skeptical sons of Jacob that this person in front of them was their long-lost brother. So what does Rashi mean?

The nineteenth-century rabbinic scholar, Rabbi Moses Sofer, notes that Hebrew began to recede as a spoken language during the Babylonian exile, approximately 2,500 years ago. Consequently, the contemporary biblical book of Daniel is recorded in Aramaic, and so are parts of Ezra and Nehemiah.

The Babylonian exile lasted just 70 years. How is it possible that Hebrew-speaking Jews managed to forget their mother tongue so quickly?

The answer, Rabbi Sofer suggests, is that the lack of sanctity and sacredness while in exile acted as a block to ‘Lashon Hakodesh’, leading to it becoming forgotten.

The fact, therefore, that Joseph was able to speak Hebrew fluently to his brothers proved he had remained holy and devoted to God throughout his years away from home, and that he was who he said he was – Joseph their brother.

This explanation does not quite answer the questions on Rashi, so allow me to supplement it as follows.

A sacred language is not just about verbs, nouns, syntax, and grammar. Nor is it about a wide vocabulary and a perfect accent. Those who speak Hebrew certainly have to be proficient in those things, but they must also ensure that what they say befits the language they speak.

Joseph not only spoke Hebrew, but he also spoke it in such a way that it became clear he was a righteous and God-fearing individual. His language was not coarse, and what he said indicated his deep spirituality and religiosity.

The Talmud comments that throughout the exile in Egypt, the descendants of Jacob did not change their language. I hardly think this means they retained a perfect Hebrew over hundreds of years. But if the statement of Talmud means that the Jews retained a ‘sacred tongue’, then it makes perfect sense.

All of this only reinforces the fact that the rebirth of Hebrew as a spoken language means that the veil of exile has been lifted, and we are without question at the beginning of the Messianic redemptive period.

Reacquainting ourselves with our sacred tongue is not a cultural curiosity; it is nothing less than a pathway to spiritual salvation.