GETTING UP AND BEYOND 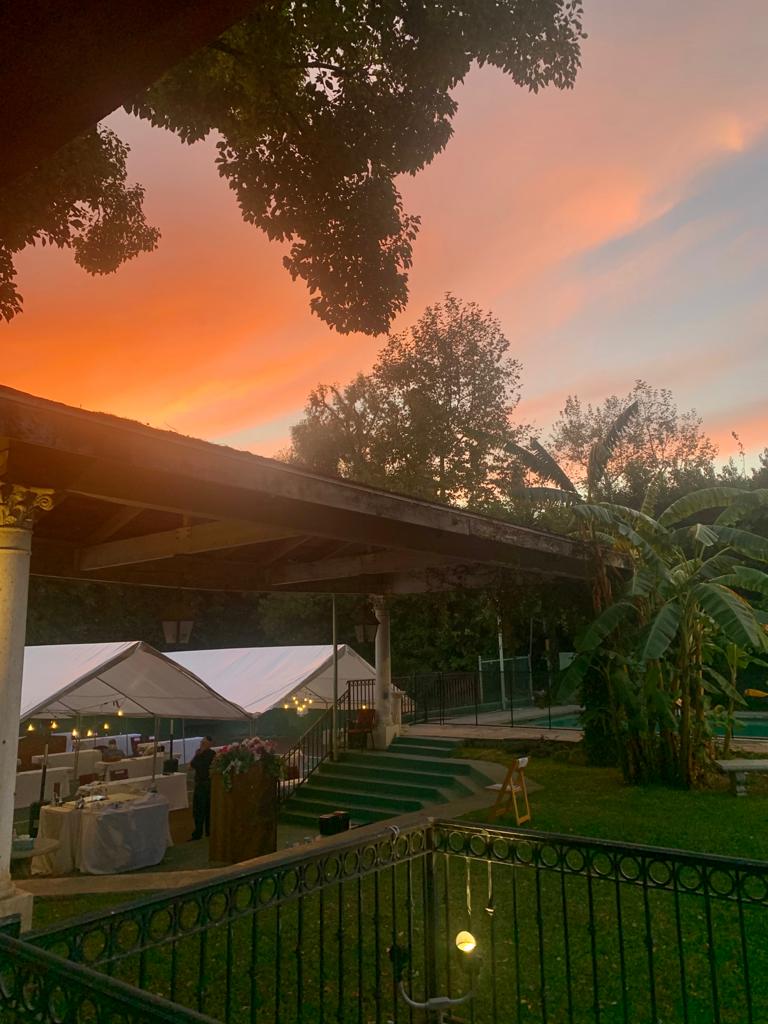 Earlier this week we moved back into our synagogue after a full calendar year of being unable to gather for services in our beautiful building. Truthfully, it is hard to believe that it’s been a whole year, but it has. Immediately after Purim last year the penny dropped, and we realized that a deadly virus epidemic had made it into the United States and that our lives were in danger.

Together with a number of my Los Angeles rabbinic colleagues, I sent a letter to our synagogue membership, as startling now as it was when we dispatched it.

The letter was blunt and direct: “After lengthy conversations with many medical advisers locally and nationally, as well as with the directors of local hospitals, we have decided that … the most prudent approach for us to take to help stem the tide of the Coronavirus in our community is to take the drastic action of closing our Shuls.”

Oddly enough, at that stage the planned closure was scheduled to last for the weekend only, to be reassessed on the following Monday. But even at that early stage I knew we were unlikely to reopen the following weekend, or even the one after that.

As the next paragraph of our letter made clear, we all instinctively understood that this unexpected bombshell was not a superficial health scare: “this new virus is both highly contagious and it spreads rapidly via social interaction … we are recommending in the strongest possible terms that you and your families refrain from being part of any public gathering, and that you limit your social interactions to only the most essential situations like grocery shopping.”

So much has happened during the intervening months, that it is impossible for me to cover all the bases in just a couple of sentences. But purely from the community’s point-of-view, much of the past year has centered on two unexpected phenomena: the centrality of electronic means such as WhatsApp and Zoom to keep us all together, and secondly, the use of the Nissel’s tennis court as an open-air “synagogue” for roughly the past ten months. And it is this latter aspect that I want to focus on, as I think it has delivered a whole new dimension to our community life that will live on with us long after COVID is a distant memory.

Raphy and Rivka Nissel are a wonderful couple, whose lives are totally intertwined with the life our synagogue community – in innumerable ways. Over the years we have held countless events, small and large, both in their home and in their beautiful garden. But when I approached them last spring to ask if we could use their tennis court for an open-air, socially distanced Shabbat and weekday minyan for our members, I knew – as they did – that this would not be a one-off event, but an ongoing occurrence that would undoubtedly infringe on their privacy and convenience. Their unhesitating embrace of our twice daily visits could not have been more generous.

But there is more to it than that. Although California is famous for its gentle, dependable weather, and despite being protected by a tent, over the many months of prayer at the Nissel tennis court we experienced everything from unbearable heat to frigid cold, pelting rain and even harsh winds – most notably a couple of weeks ago, when our tent literally took off in the middle of Shabbat services, saved only by some halfhearted looking rope attachments meant to secure the tent to permanent fixtures, and the impossibly fast reflexes of a few of our members.

Excuse me for getting rabbinic just for a moment, and a little spiritual, but I could not help thinking as the tent lifted off the ground and headed heavenward that God was sending us a message. By then we all knew that we were moving back to the shul very shortly, and I think God wanted us to know and remember that our experience coming together as a community through thick and thin, on weekdays, shabbatot, yomtovs and fast-days, for yahrtzeits and celebrations, always limited by the annoying restrictions imposed on us by COVID, and yet together for prayer, or at least as together as we could be, even if for some of us it was only on Zoom – all of that had elevated us, like the wind elevated that tent off the ground after almost a year of being firmly in place.

Yes, between the incredible generosity of our hosts, and the dedication of those who kept the flame burning, our community not only remained alive and vibrant, but it was elevated onto a new level that we had never previously reached.

So, God – the message was received loud and clear. And may I note that this message is already embedded in Parshat Ki Tissa, which begins with the census of the nascent Jewish nation that was conducted in the wilderness. It is strictly prohibited by Jewish law to conduct a census using numbers, so each person was asked to contribute a half-shekel, all of which were subsequently counted, making it possible to come up with a final tally and at the same time to stay on the right side of Jewish law.

But curiously, the words used by the Torah to describe this census is Ki Tissa (hence the name of the portion), which literally means “when you elevate”. What is so uplifting and elevating about being counted that prompts the Torah to use this phrase?

The answer has always been staring at us in the face, but even more so over these past few months, as each and every member of the community who has chosen to be counted as part of a greater whole in the midst of overwhelming challenges has not only made a difference to their own lives, but also enabled so many others to have their lives enhanced by a community spirit that is never just about individual numbers, but actually amounts to so much more. What can possibly be more elevating than that?

Our challenge going forward, as restrictions are lifted and life gets back to normal – and perhaps this was God’s message to us all when He lifted our tent off the ground – is to constantly remind ourselves how belonging to a community is not merely something social, rather it is an elevating experience, a message already intimated at the dawn of Jewish history, when the Torah describes counting each member of the community with the phrase Ki Tissa.