GENOCIDAL INTENTIONS IN EVERY GENERATION 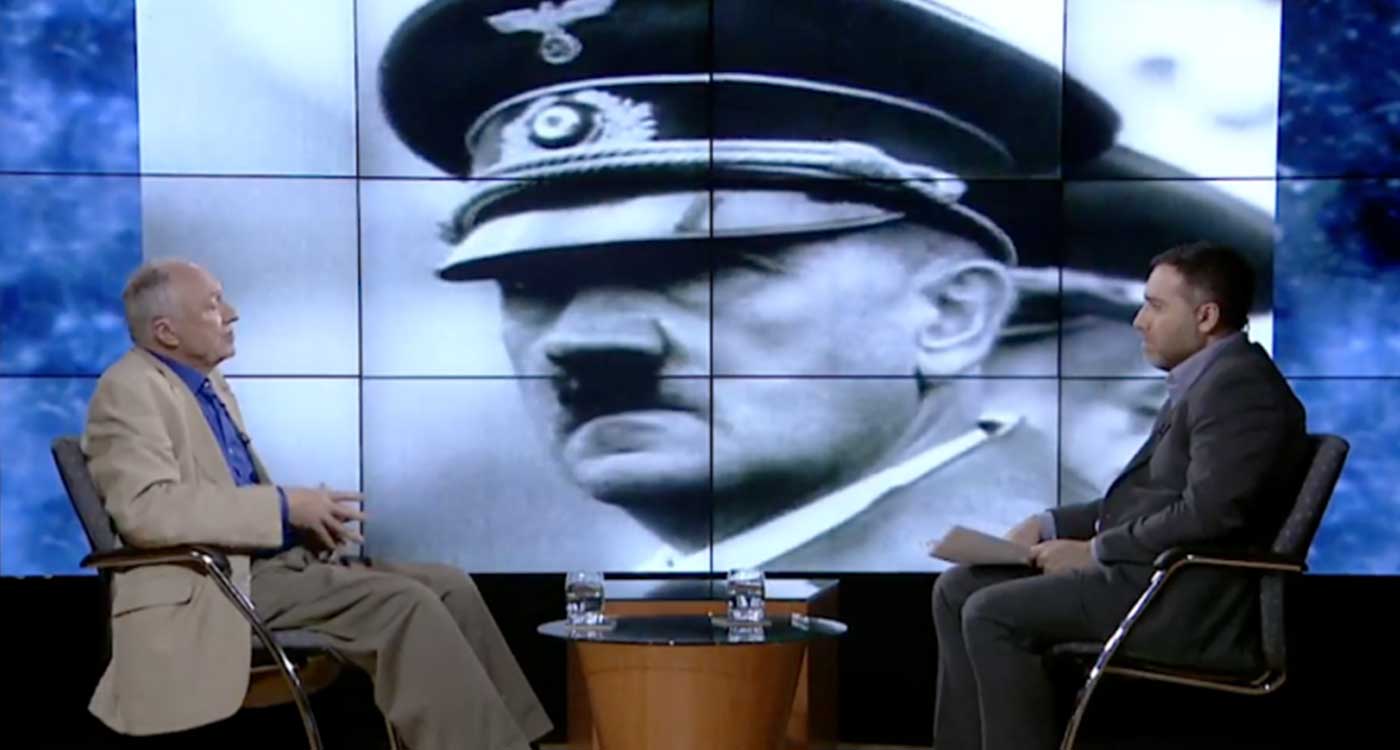 Probably the most challenging aspect of Holocaust history for Jews is the issue of Jewish collaboration.

It would somehow be easier to deal with the Holocaust if it was just about heinous genocidal crimes carried out by evil Nazis against the hapless Jewish population of Europe. The idea that Jews cooperated with their mortal enemies and had a hand in the murder of their brethren is abhorrent, and patently antithetical to the Jewish ethics we proudly uphold and proclaim as the backbone of our longevity as a people.

Sadly, what people are willing to do to survive is not always honorable, and the Holocaust era was no exception. Anna van Dijk was a Dutch Jewess who helped the Nazis track down hidden Jews in Amsterdam after 1943, in exchange for her life. Her collaboration probably resulted in the death of as many as 700 Jews, including her own brother and his family. She was executed for war crimes in 1948.

Chaim Rumkowski was a Polish Jew appointed by the Nazis in 1939 to head the Jewish council in Lodz ghetto. He eagerly cooperated with his overseers, turning the ghetto into a ruthlessly run labor camp, and provided the Nazis with lists of the young and elderly, or anyone he believed would not contribute to the productivity of the ghetto. Everyone on such a list was sent to their deaths, and he knew it. According to at least one account, fellow Jews beat Rumkowski to death when he eventually arrived at Auschwitz in 1944, shortly after the ghetto was liquidated.

These two are just examples of the dark side of the Holocaust narrative, a side we would all prefer not to dwell on. Rather we prefer to focus on the countless stories of selfless heroism, as well as the utter helplessness of those caught up in the Nazi death machine.

People like Anna van Dijk and Chaim Rumkowski undoubtedly rationalized their collaboration by telling themselves that any Jew who died as a result of their cooperation with the Nazis would probably have died anyway. In any event, collaboration by a handful of individuals is hardly a collective indictment against the Jews of Europe, the vast majority of whom refused to engage with the Nazis at any level.

The issue seemingly becomes more complex when one addresses the issue of Jewish organizational collaboration with the Nazis, and in particular the formal agreement in August 1933 between the Zionist leadership and the newly formed Nazi government. Known as the “Ha’avara Agreement”, it enabled German Jews to immigrate to Mandatory Palestine and export their possessions and other German goods there, which was both economically and politically advantageous to Nazi Germany, as it undermined the growing movement advocating a total boycott of German exports.

Although Hitler was not directly involved in the negotiations, he most certainly approved the final agreement, which resulted in the immigration of 60,000 Jews from Germany to Palestine, among them my great-grandparents and three of their children. The Haavara Agreement was considered extremely controversial as soon as it was signed, which was long before the Nazis began to murder Jews in concentration camps. It would later be used, along with other examples of official Zionist cooperation with Nazi authorities, as proof that the Zionist movement had lost its moral compass in its zeal to create a Jewish state.

This verdict is deeply flawed for a number of reasons, but principally because hindsight is not a valid basis for condemnation. Over many centuries Jews negotiated with all kinds of vile despots and evil murderers to ensure the security of Jewish communities, and to secure Jewish survival. That Nazi Germany was an adversary that would ultimately seek the elimination of world Jewry was certainly not evident in 1933, and notwithstanding contemporary opposition, the Ha’avara Agreement simply modeled an established Jewish approach to existential threats.

So what are we to make of former London Mayor Ken Livingstone’s claim that his incendiary statement last year regarding this topic is innocent and objective historical fact?

“When Hitler won his election in 1932 his policy then was that Jews should be moved to Israel [sic.]…he was supporting Zionism”

Earlier this week Livingstone was suspended from the UK Labour Party for a year — although remarkably he was not expelled — after his remarks were found to be anti-Semitic, thereby damaging the reputation of the party.

Livingstone, like so many other anti-Semites and racists, is convinced that he is not guilty of any prejudice, and that those who are offended by what he said just don’t have his grasp of the facts. After all, he argues, even Jews have told him he’s right – as if the subjective views of some random Jewish woman he bumped into on a bus is evidence of his innocence.

Unfortunately, this episode has had unavoidable repercussions. Suddenly it is legitimate to synonymize Israel with Nazis in polite conversation, and it will result in nothing more than a rap on the knuckles and a flurry of op-ed pieces.

Part of the Haggadah liturgy recited on Seder Night is the song:       והיא שעמדה “It is only this [covenant with God] that has stood firmly for our ancestors and for us. It wasn’t just one enemy that rose up against us to wipe us out, but in every generation there have been those who have wanted to wipe us out — and it was God who saved us from their hands.”

I have always been struck by the words “one enemy”, and the notion that it is the “covenant” and “God” that has been our salvation. We Jews usually see our enemies as easily identifiable villains – Cossacks, Nazis, Islamic terrorists – but that’s a mistake. We are deluding ourselves. Enemies are not monolithic; they come in all shapes and sizes.

Sometimes, as with Livingstone and those like him, they appear in the form of public figures who cite “historical facts” while claiming to be your friend. Or they can appear as defenders of Palestinian rights who support a two-state solution. Whatever their appearance, and whatever they say and do, it is important to realize that we can only defend ourselves by our loyalty to the covenant, and by our faith in God.