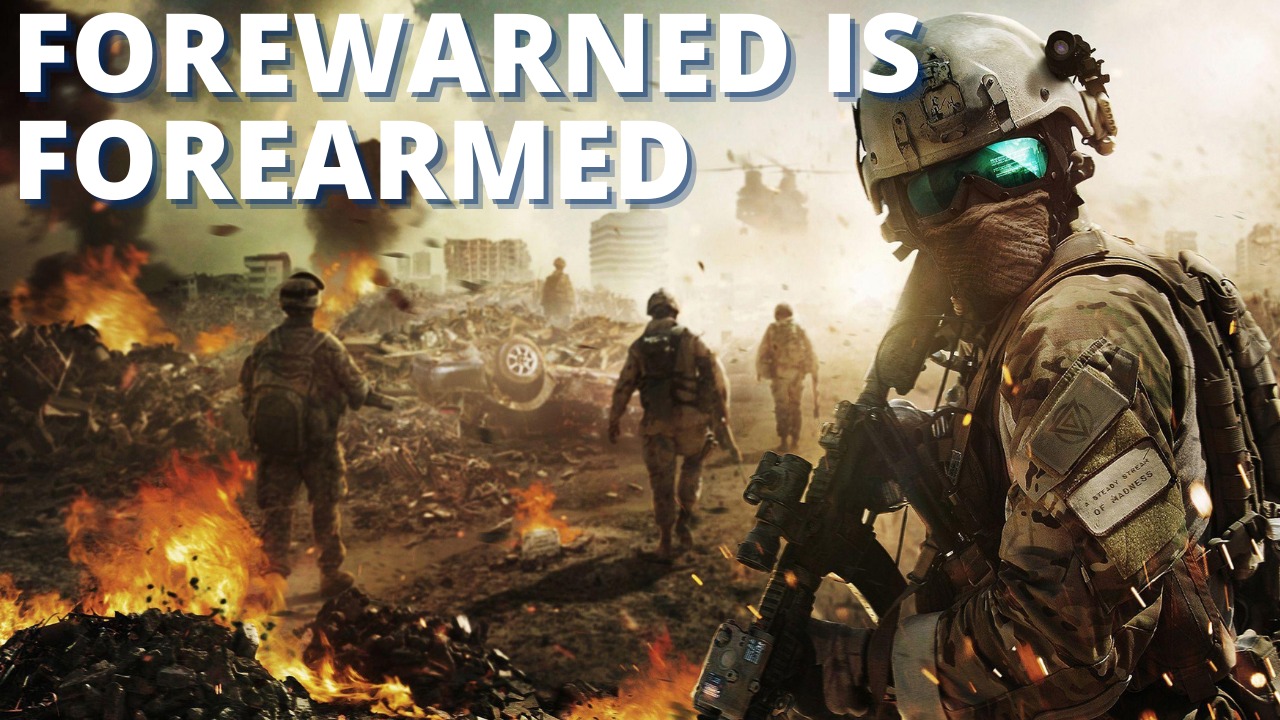 The First World War, said President Woodrow Wilson, was going to be “a war to end all wars.” He was totally wrong – and, as it turns out, a plagiarist; the turn of phrase was not even his. “The War That Will End War” was the title of a book by the British writer H.G. Wells (1866-1946), who passionately argued in a series of articles published during the course of 1914 that the First World War had to be won decisively for it to be the last war ever.

Great Britain entered the First World War to honor a military treaty with Belgium after it was summarily invaded by Germany as their backdoor route into France. But although Britain immediately declared war, Wells was concerned that the British powers-that-be would not do what was needed to ensure that Germany’s insatiable territorial ambitions were curbed once-and-for-all.

“We began to fight because our honour and our pledge obliged us,” he wrote, “but so soon as we are embarked upon the fighting, we have to ask ourselves what is the end at which our fighting aims. We cannot simply put the Germans back over the Belgian border and tell them not to do it again.”

Three years later, in presenting the case for the United States to join the war in Europe, President Wilson argued that victory would “make the world safe for democracy.” Tragically, the cessation of hostilities in November 1918 was followed by peace arrangements which ended up aggravating an aggrieved Germany, resulting in the far more devastating Second World War just over 20 years later.

In the final analysis, it wasn’t winning the war that was critical, it was winning the peace. The bungled territorial adjustments at Versailles and the insistence on crippling reparations from Germany resulted in festering resentments, creating the foundation for the rise of Hitler and his warped worldview. It was a perfect storm, and the rest – as they say – is history.

Except that it isn’t. More recently, the “war to end all wars” was the Cold War – which the West won decisively. The Berlin Wall was torn down in 1989, and the Soviet Union collapsed a couple of years after that. Capitalism and globalization took over, so that even the heart of Communism became a bastion of profit-based business. Most importantly, peace reigned between East and West. And while wars were not entirely eradicated – such that they existed, they were both local and manageable. By which I mean that a “World War” with a potential for nuclear devastation was, for all intents and purposes, off the table. The world had moved on.

And yet, isn’t it remarkable how people always say that one should learn from history, and then they never do? In 1905, the philosopher George Santayana (1863-1952) noted that “those who cannot remember the past are condemned to repeat it.” Then, in 1922, after the “war to end all wars” was done and dusted, he wryly quipped that “only the dead have seen the end of war.”

And how right he was. Collective memory is short-lived, and expedience always trumps experience. Over the past two weeks it has suddenly dawned on the western world that even though we all confidently believed Russia was no longer a major international threat, in Russia, the reduction of status from superpower to former superpower was not seen in quite the same way.

Not remembering Germany’s resentment after Versailles has proven to be an Achilles heel the western world will regret long into the future. Russia’s unprovoked invasion of Ukraine might very well be Vladimir Putin’s Saddam Hussein moment, and he may ultimately pay a personal price for his atrocious warmongering – but by then too much damage will have been done. And sadly, it could all have been avoided.

There is a curious directive in Jewish tradition demanding us to recall the atrocious warmongering of an ancient, long-forgotten nation – the Amalekites. Soon after the Exodus, the Amalekites attacked the Jews at Rephidim near Mount Sinai, and were defeated by Joshua. God immediately told Moses to record the incident for future generations so that they would recall the unprovoked aggression of this belligerent tribe (Ex. 17:14): כְּתֹב זֹאת זִכָּרוֹן בַּסֵּפֶר וְשִׂים בְּאָזְנֵי יְהוֹשֻׁעַ כִּי מָחֹה אֶמְחֶה אֶת זֵכֶר עֲמָלֵק מִתַּחַת הַשָּׁמָיִם – “Inscribe this in a document as a reminder and read it aloud to Joshua: I will utterly blot out the memory of Amalek from under heaven!”

Amalek became the prototypical enemy of the Jewish people, regularly cited as the essence of evil – most famously in the Purim story, in which the antihero, Haman, is described as a descendant of Agag, the Amalekite King executed hundreds of years earlier by the prophet Samuel. For this reason, we read a short passage regarding Amalek as part of the weekly Torah reading each year on the Shabbat before Purim (Deut. 25:17): זָכוֹר אֵת אֲשֶׁר עָשָׂה לְךָ עֲמָלֵק בַּדֶּרֶךְ בְּצֵאתְכֶם מִמִּצְרָיִם – “Remember what Amalek did to you on your journey, after you left Egypt.” The passage goes on to say: תִּמְחֶה אֶת זֵכֶר עֲמָלֵק מִתַּחַת הַשָּׁמָיִם לֹא תִּשְׁכָּח – “blot out the memory of Amalek from under heaven. Do not forget!”

Curiously, both Torah passages demand that we remember what Amalek did, notwithstanding their mandated eradication. The Amalekites have completely disappeared, and it is a wonderful irony that archeologists have been unable to find any trace of this warrior tribe, to the extent that some historians have declared the Amalekite tribe to be purely mythological. Nevertheless, we are expected to remember what they did year after year, generation after generation, century after century.

Perhaps the explanation for this compulsory recollection is that although the Amalekites may no longer exist, the evil they embodied has morphed and mutated into successor Amalekites, resulting in the same attempts by evil to overcome good as occurred at the dawn of Jewish history. Only by recalling that ancient lesson can we be fully prepared and ready to battle Amalekite evil whenever it raises its ugly head.

The lesson from history – and from the annual Amalek aide-mémoire – is that we can never lower our guard. Particularly when the bad guys seem down and out and we feel most secure, we need to be on the lookout for the next whack-a-mole head to pop up – as it always surely does. Putin is only the latest incarnation of this phenomenon, and there will certainly be many more once he is gone. Let’s hope that next time around we are all much better prepared.