FOR THE SAKE OF OTHERS 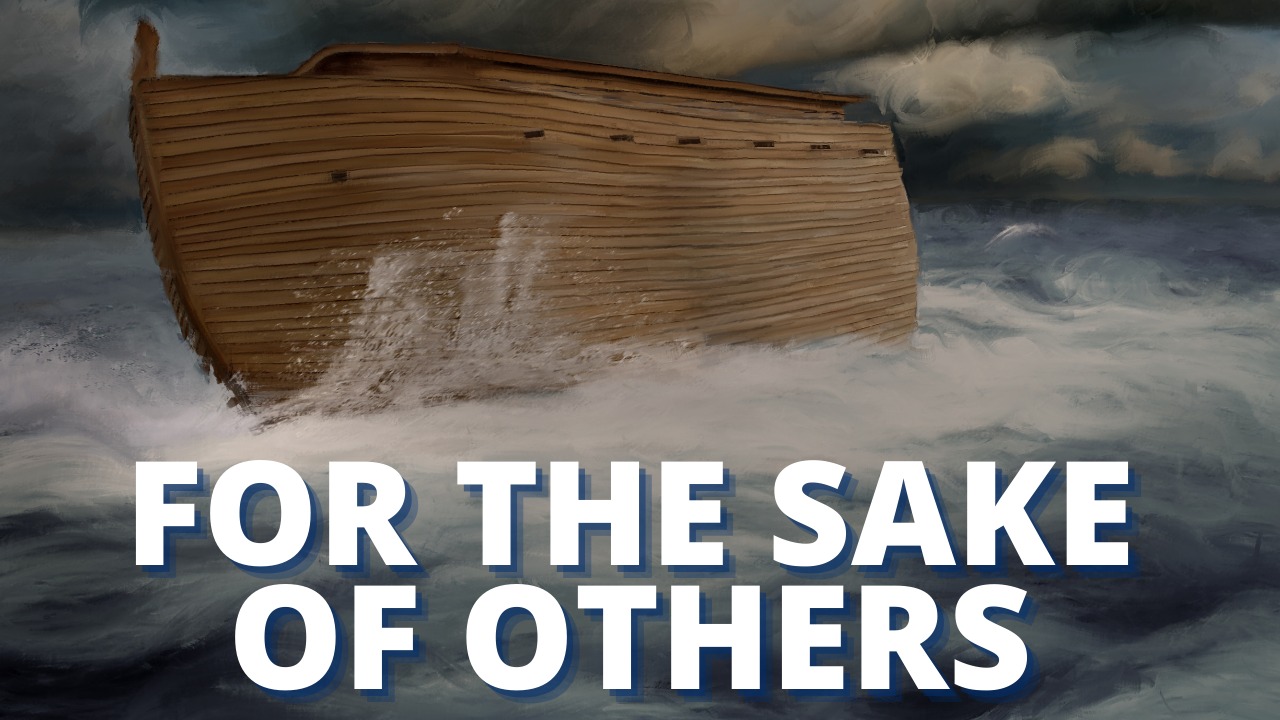 A favorite assignment topic of history lecturers is to ask students to compare and contrast two great historical figures, to see where each of them excelled and in what areas one might not have quite matched up to the other. Alexander the Great vs. Genghis Khan. Charles Dickens vs. Mark Twain. Frank Sinatra vs. Elvis Presley. Vincent Van Gogh vs. Pablo Picasso. Wolfgang Amadeus Mozart vs. Ludwig van Beethoven.

The list is endless, and the purpose is to teach students to evaluate greatness in the context of similar greatness. Whether a person’s greatness was leadership, literature or art, each outstanding historical figure had unique qualities which propelled them to the top of their game. The much tougher question is which one of them is greater than the other, and to figure out why.

Earlier this year, C-SPAN conducted a survey of over 140 historians to see who they thought was the best-ever US president. The consensus – as it was for a similar 2017 survey – was that Abraham Lincoln was the greatest president, with George Washington coming in second, and FDR third. Participants were asked to rate presidents 1-10 in ten distinct areas of leadership, including crisis leadership, economic management, moral authority, and vision.

Comparisons such as these are often weighed down by the idea that those who were great in the past are much greater than the greats of today, and that no one could ever match up to the exceptional greatness of these heroes – so that there are no leaders today who are as great as Churchill, and no artists as great as Rembrandt.

Even evil, it would seem, is not what it used to be. As Gavriel Rosenfeld, Professor of History at Fairfield University, noted in a 2018 article for The Atlantic – Adolf Hitler has become the go-to byword for evil when commenting on those guilty of genocide, or indeed any wrongdoing in terms of their leadership: “[He’s] been dead for more than 70 years, but he has gained immortality as a historical analogy.”

Unsurprisingly, while Jewish tradition tends to iconize great historical figures such as King David, there are counter traditions in Judaism that are rather more iconoclastic. The most famous example is in Parshat Noach, where a comparison is made between Noah and the patriarch Abraham, his tenth-generation descendant through Shem.

The Talmud (Sanhedrin 108a), quoting Rabbi Yohanan, suggests that Noah was great “in his generation,” but had he lived in future generations – such as the one in which his descendant Abraham lived – he would not have been considered particularly special. Likewise, while Noah “walked with God,” the Torah describes Abraham as walking “before God.”

In this rather startling passage, the Midrash deftly uses the Hebrew word “ish” as a literary device charting Noah’s descent from holy to mundane, while showing that the reverse was true for Moses.

The simplest interpretation for this critical comparison can be based on the Torah narrative itself: Noah was a great man before and during the flood, for which he was chosen to single-handedly save humanity from obliteration. But after the crisis was over, his star seems to have faded; instead of becoming the progenitor of a spiritually revived humanity, he became an ordinary farmer and sank into oblivion. But Moses was entirely different. He started off life as a privileged Egyptian prince brought up in Pharaoh’s palace, only to evolve into the heroic figure who led an enslaved nation out of Egypt, to the foot of Mount Sinai, where the nation declared before God, in unison, “we shall do and we shall listen!”

The contrast appears to be that Noah had one isolated moment of greatness when he was confronted with the daunting challenge of an impending flood and as the flood was ongoing, but once the emergency was over Noah was incapable of perpetuating his greatness to become a spiritual mentor for the next generation.

Meanwhile, Moses seems to have emerged from every challenge greater than ever before, over time morphing from an ordinary fellow – a mere Egyptian – into the greatest Jewish leader of all time: a moral compass, an inspiring teacher, and a visionary trailblazer for a nation that was struggling to find its identity.

But although this message is powerful enough, Rabbi Meir Simha of Dvinsk (1843-1926), author of the seminal work Meshekh Hokhma, takes it even further by offering an insight as to why Noah failed to live up to his initial promise, while Moses was so successful – despite the constant curveballs thrown his way.

Righteous people usually fall into one of two categories. There are those whose greatness is predicated on their withdrawal from society around them. By living their lives totally isolated from others they can exclusively focus on their own spiritual growth and prevent any contamination that might intrude from beyond their bubble.

The other kind of righteous individual is exhaustively involved in the needs of others and with the world around them. One might have thought that the isolated ones would be far more successful in maintaining their high level of spiritual attainment as life unfolds, while the second category will experience a deterioration of their spiritual success over time. Involvement with the wider public life carries the risk of exposure to negative influences along with harmful experiences which can challenge anyone’s religious stability, even the greatest among us.

Besides for which, a public servant has no time to devote to his own religious development, while those whose only focus is spiritual growth have all-day-every-day to develop their spiritual stature.

The Meshekh Hokhma utterly dismisses this idea and cites the aforementioned Midrash as proof. Noah set himself completely apart from anyone in his generation; there is no record of any interaction between Noah and another human being until after the flood was over. His method of spiritual growth saw him abandon his entire generation; he appears to have had no interest in the spiritual welfare of others, nor in their salvation from impending doom – in the fear that this might weaken his own spiritual situation.

But as it turns out, it is only via concern for others and sacrificing yourself for them that one’s righteousness has any enduring value. Which is why Moses – who was willing to risk everything to save a fellow Jew from being beaten by an Egyptian taskmaster, which is the first time we encounter Moses in the Torah – was so successful every step of the way. He was always willing to step out of his ivory tower if that is what it took, without any consideration for the negative consequences this might have, and his reward was to become the most elevated spiritual personality in all of Jewish history.

One of the hardest things to do is to step out of one’s comfort zone for the sake of others. As long as we are doing okay, addressing the plight of others – which might cause us discomfort or worse – is rarely a priority. The Meshekh Hokhma wants us to know that this attitude is totally misguided. If we are not concerned with the welfare of others, even if in the short term we seem to make it through, ultimately we will be no better off than they are. Noah vs. Moses is all the proof we need.