FOR THE LOVE OF GOD, DON’T ARREST YOUR OPPONENTS 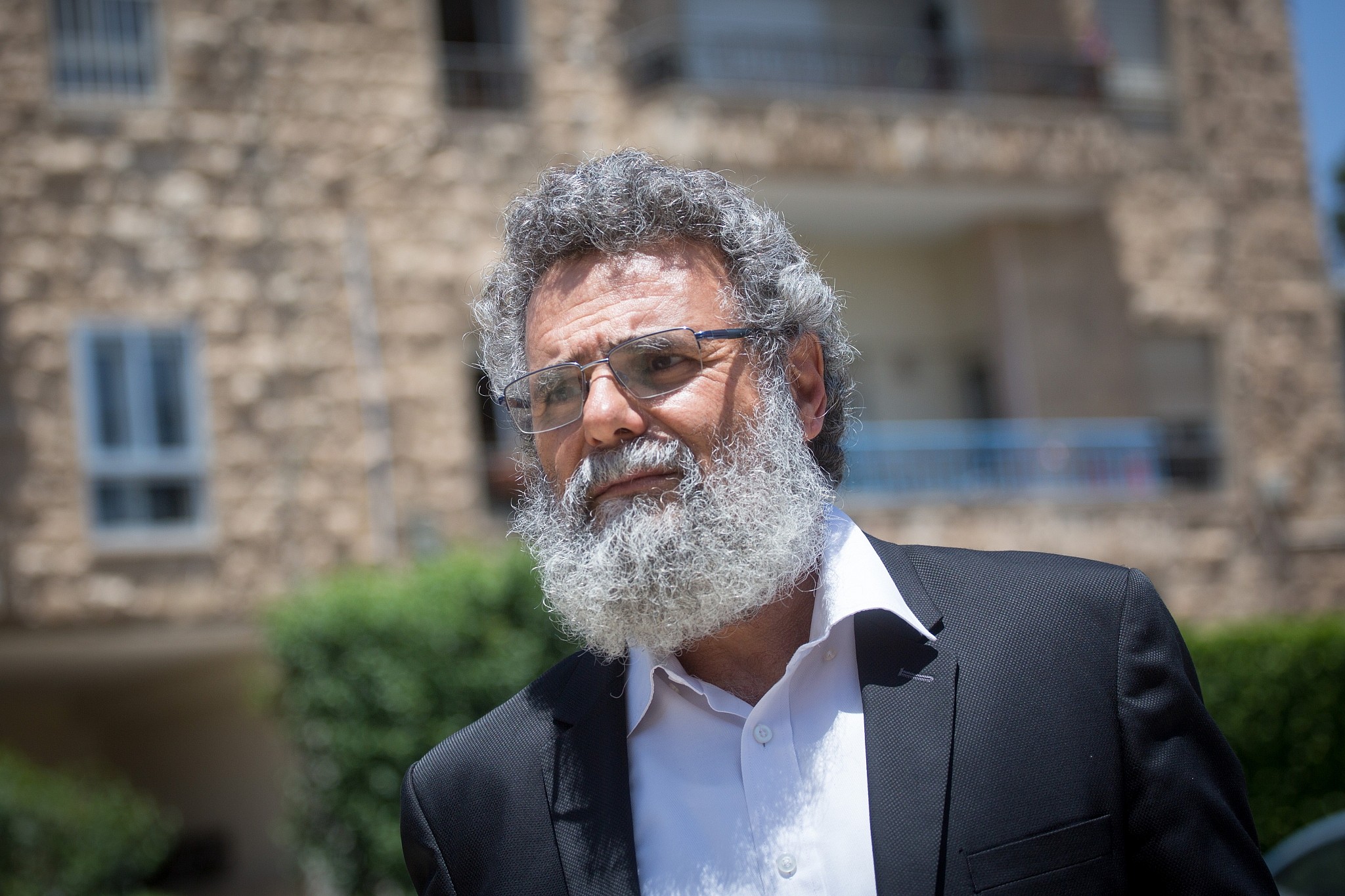 Last Thursday, Israeli police detained Dov Haiyun, rabbi of the Conservative Moriah Congregation in Haifa, after a complaint was filed at the Haifa Rabbinical Court alleging that he had presided over the weddings of couples “who are not eligible to be married.”

This is the first time police have attempted to enforce the Israeli law that forbids anyone from performing Jewish weddings in Israel without involving the Rabbinate – a law which carries a penalty of up to two years in jail.

According to reports, Haiyun was accused of conducting a wedding two years ago for a woman whom the Rabbinate had ruled ineligible for marriage under Jewish law.

After the arrest generated a storm of protest from a wide range of prominent people and organizations, Israel’s Rabbinical Courts Authority issued a statement insisting that anyone who performs weddings for those who are forbidden to get married under Jewish law is guilty of a criminal offense, and liable to be arrested.

And technically they are right, but as Daniel Gordis pointed out in his column on Bloomberg, he trained as a Conservative rabbi at American Jewish University in his native Los Angeles before moving to Israel, and performed his own daughter’s wedding when she got married in Israel some years later.

Over the years since the wedding, Gordis’ presiding role has been a source of mirth within the family – but as he put it, “we made the occasional quip about my getting arrested for performing my own daughter’s wedding, but we were never worried. Many rabbis had done this before, and none had ever been arrested.”

Until now. Haiyun’s arrest last week changes everything. Suddenly the wounded tiger that is Israel’s Rabbinate has begun to lash out at its proliferating enemies and detractors. After decades of large-scale disparagement and vilification, as a result of the widespread belief that Israel’s Rabbinate is nothing more than a self-serving bureaucracy run by inflexible fanatics, the cabal that has a vested interest in maintaining the status quo has initiated a vicious counterattack. The condemnation of Haiyun’s arrest may have dominated the news, but don’t be fooled into believing that these condemnations have chastened or defanged the powerful forces behind the Rabbinate. If anything, it has further emboldened them and made them feel that their stance is vindicated.

Just to be clear, I don’t want to give anyone the impression that I support the performance of weddings that are proscribed by Jewish law, and there is certainly an insidious campaign being quietly pursued by liberal Jewish streams to undermine halachic standards in Israel so that the watered-down “inclusive” trends of the Conservative and Reform movement in America become the norm in Israel as well.

Even among Orthodox rabbis in the U.S. there is an astounding lack of knowledge and oversight when it comes to performing marriages, and on far too many occasions I have had to intervene at weddings to ensure that the ceremony is conducted properly, or worse, had to clean up the mess left behind by sloppy incompetence.

Marriage in Judaism is not a drive-through Las Vegas ceremony presided over by an Elvis impersonator. It is and should be a very serious event that is conducted thoroughly and professionally, by someone who is both fully conversant with the laws and totally trustworthy regarding his commitment to those laws.

Having said that, my impression of Israel’s Rabbinate is that it revels in aloof detachment from the human element found in the joy that accompanies every wedding, and the spiritual elevation that underpins it. A wedding is not only about rules; it is about two human beings who love each other and who are going to express that love through what we hope will be a lifelong commitment.

Of course it is important to follow all the protocols – but it is equally if not more important to help bride and groom understand how they are inviting God into their relationship by getting married, and how marriage will elevate their relationship to a whole new level. The rabbis who perform weddings are not civil servants; they are emissaries of God with an important mission – to introduce God into people’s lives on the most special day of their lives.

The best-known expression of Jewish faith is found in the Torah portion of Va’etchanan (Deut. 6:4): שְמַע יִשְֹרָאֵל ה’ אֱלֹהֵינוּ ה’ אֶחָד – “Hear, O Israel, Hashem is our God, Hashem is the only One.”

Numerous commentaries puzzle over the inclusion of the first words in this proclamation: “Hear, O Israel.” Surely one’s personal expression of faith does not require a public announcement? Rather it should be personal and private.

Rabbi Leib Chasman, the prewar giant of Jewish ethical instruction, suggests that no statement of faith, as represented by the Shema prayer, has any real value unless it is done in such a way that it convinces others that faith in God is of paramount importance. Simply stating that God is our God, and the one true God, has no meaning whatsoever if one is not such a prominent example of that ideal that others are compelled to feel the same way.

That is why the Torah continues in the very next verse: וְאָהַבְתָּ אֵת ה’ אֱלֹהֶיךָ – usually translated to mean “you shall love Hashem, your God,” but which actually means “you shall cause your God to be beloved.” Do everything in your power to help others love God as much as you do.

The obligation of “Hear, O Israel” is incumbent upon Israel’s Rabbinate, and I hardly think that this is best achieved by having their critics and opponents arrested.

It is time for everyone who desires that God be loved to go back to the drawing board, and develop a strategy that has this ideal as its primary focus.

Photo: Rabbi Dov Haiyun, rabbi of Haifa’s Conservative Moriah Congregation, arriving at the President of Israel’s Residence in Jerusalem on July 19, 2018, after being detained by police earlier in the day (Miriam Alster/FLASH90)