FOCUSING ON THE BAD CAN BE GOOD 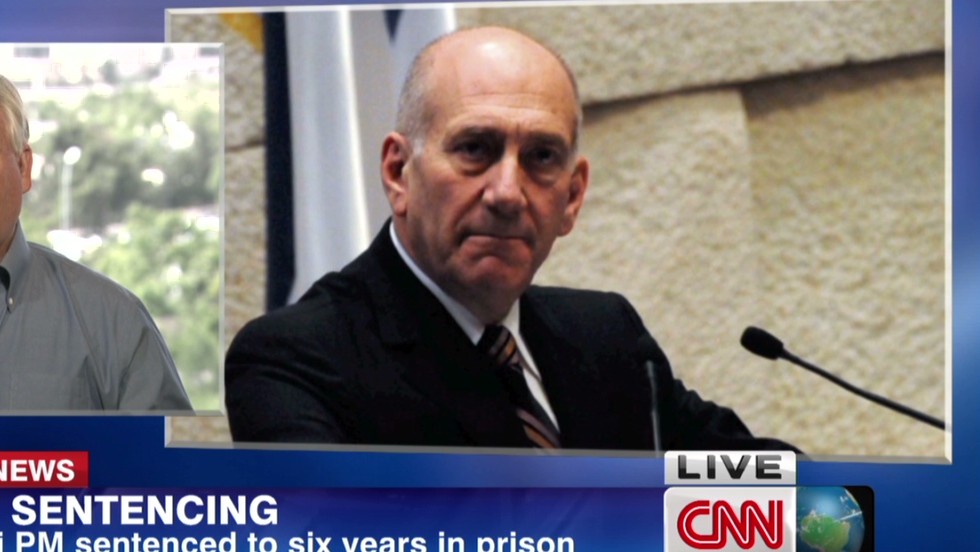 This week I read the dreadful news that another former Israeli political leader had been sentenced to a jail term for crimes of corruption and abuse of power.

Ehud Olmert, former Prime Minister of Israel, was sentenced to 6 years in prison for his involvement in a bribery scandal relating to a Jerusalem real-estate deal.

I was particularly saddened by the news, as in 1999 I hosted Mr Olmert, then Jerusalem’s mayor, for a Shabbat at the Saatchi Synagogue in London, and I found him to be a great spokesman for Israel, and a great ambassador for our people.

We met several times after that weekend, and I was always struck by his dedication to the cause of Israel and to his Jewish brethren across the globe.

At one private meeting that I attended, also in the late 1990s, Mr Olmert eloquently argued against the division of Hebron into separate sections, Arab and Jewish, arguing – presciently – that what happened in Hebron would certainly have repercussions for Jerusalem.

To see him fall like he has, from international statesman to common criminal, is to witness a great tragedy, not just for his family and friends, but for the Jewish people, who value and cherish their leaders, holding them in high esteem, expecting them to be role models and mentors.

Some of you might be thinking that it is a mistake for me to mention this at all. Why highlight the wrongdoings and fate of a former leader of Israel, who is now a national embarrassment? Surely it would be more appropriate for me to focus on the positive and not on something so negative.

This sentiment seems to be supported by a custom commonly practiced during the reading of a section of this week’s Torah portion, Bechukotai. This horrifying passage, right at the end of the Leviticus (26:14-43), is known as the תוכחה – the ‘rebuke’.

It makes tough reading. A series of horrific warnings for those who don’t uphold God’s laws, it includes a list of appalling consequences for those who don’t heed God’s warnings. The custom is to read it in an undertone, almost inaudibly, so that its gruesome details remain unheard. One might think that this indicates that bad things are best left obscured, or even concealed.

One of the greatest and most venerated rabbis of the late nineteenth and early twentieth centuries was Rabbi Israel Meir Kagan (1838-1933), known affectionately and universally by the title of his book on the Torah prohibition against slander and gossip, ‘Chofetz Chaim’.

Rabbi Kagan was famous for being a gentle soul, generous spirited and warm, forgiving and kind. And yet, quite uncharacteristically, he used his book of insights on the Torah to thunder against the practice of reading the verses of ‘Tochacha’ so quietly.

“There are communities where the ‘Tochacha’ is read in such a low voice that many people cannot hear the words. Some people even leave the synagogue rather than hear the dire warnings in these verses. To what can one compare such behavior? To a man who has been warned not to walk down a certain footpath, because it is filled with thorns and dangerous obstacles. The man does not listen to the warnings, and decides to walk along that path. He does take one precaution, though. He blindfolds himself so that he won’t see the various dangers. But by blindfolding himself he has only put himself in greater danger. There are those who believe that if one does not hear the ‘Tochacha’ nothing bad will happen to them. They do not realize that it is meant to arouse people to perform the commandments, and if one does not hear it, one simply compounds the danger to oneself.”

Powerful words, and a powerful message. Sometimes, despite our instinctive reluctance, we need to stare ugly things straight in the face. Of course it will make us uncomfortable – but that is what it is meant to do.

In the case of Mr Olmert, knowing that a talented leader of our nation whose life was devoted to every Jewish cause can fall so dramatically, should send a message to all of us.

The point is this – it is not about him. It is about you and me. Read the story about Mr Olmert and let it teach you about the destructive power of hubris and self-delusion. Listen carefully to the message behind the story.

And perhaps there is a positive side to this story after all. Certainly there is so much to be proud of in terms of the achievements of our people, and we love to focus on the good stuff.

But we may also be proud of the fact that unlike so many other nations and groups, as a people, we are always ready to face up to who we are, even when it is a really tough thing to do.