FINDING GOD IN THE DARKEST HOUR 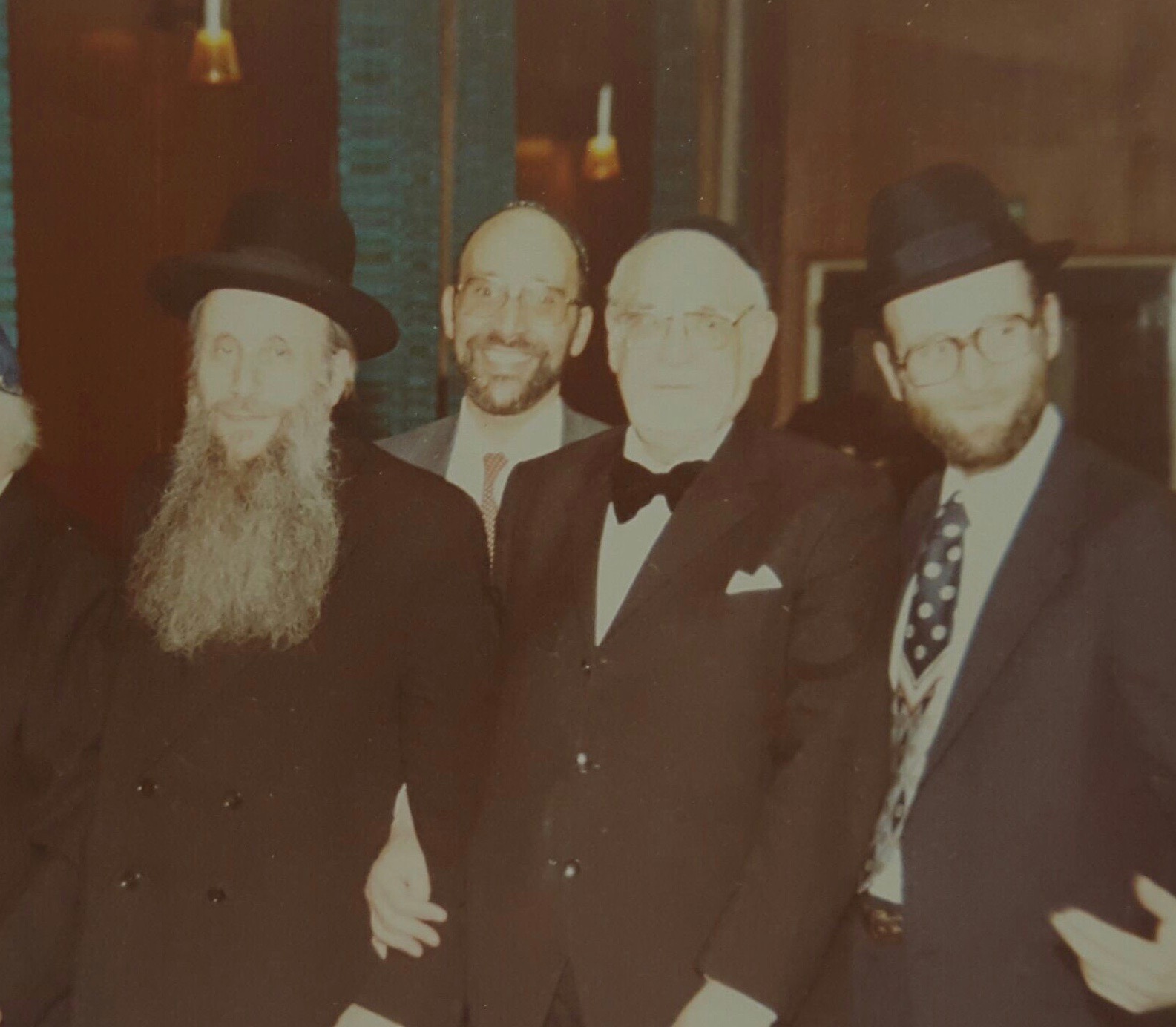 Born in Cologne, Germany, his family was devoutly orthodox in an era when German Jewry had reached the zenith of assimilation.

My grandfather aspired to continue in this path of devout orthodoxy, and despite the enormous challenges he faced at a young age – his mother died when he was just five years old, and his father was then reduced to penury by Germany’s interwar economic crisis – he never wavered from his faith-inspired goals.

In 1932, my grandfather enrolled at the prestigious Hildesheimer Rabbinical Seminary in Berlin, the only institution of its kind in Germany. The seminary trained young orthodox men for the German rabbinate, under the guidance of first-class teachers and mentors, including the dean, Rabbi Yechiel Yaakov Weinberg (1884-1966), a Lithuanian-born Slabodka Yeshiva trained polymath, whose powerful personality and fiery genius left an indelible impression on his students as they prepared themselves for their rabbinical careers.

The ascendancy of the Nazis and Hitler’s leadership of Germany, which commenced just a few months after my grandfather started at the seminary, did not deter him in any way, and he resolutely continued along his determined path.

When Berlin University informed him that the subject of his doctoral thesis was no longer acceptable under the law, as it focused on a Jewish theme, he refused to be disappointed, and persisted towards rabbinic ordination, which was conferred in 1936.

By that time German Jewry was reeling from the draconian anti-Semitic sanctions imposed on them by the Nazi authorities, but rather than seek a career outside the rabbinate, or attempting to emigrate, my grandfather accepted the position as rabbi of Konigsberg, once a thriving community at the heart of this East Prussian university town, but by then a shadow of its former self, struggling to deal with the ever-worsening situation.

On the fateful night of November 9th, 1938, during the countrywide pogrom that became known as Kristallnacht (Night of Broken Glass), my grandfather was dragged from his bed by Nazi thugs, as his apartment was simultaneously trashed, and after being violently beaten, he was marched through the streets until eventually being thrown into a holding cell at a nearby police station.

I once asked him to describe the experience to me. What was he thinking as he went through it? He had committed no crime, and yet his freedom was being taken away, and his life was in grave danger.

He pondered over my questions for a moment, and then looked at me. “I felt very lucky,” he said.

My grandfather must have seen the surprise on my face, so he explained to me what he meant.

“You see, when they eventually put me in a cell, I knew it was going to be with somebody else. That person could have been anybody. For example, it might easily have been an anti-Semitic criminal who could have hurt me, or even killed me. But I was lucky. My cellmate turned out to be my dear friend, Martin Miloslawer, the cantor from the big synagogue. He knew all the prayers by heart, and I knew Mishnayot by heart, so we prayed together, and we studied together – and I really felt very lucky.”

This story encapsulates my grandfather’s personality, and is redolent of a Midrash quoted by Rashi on a verse in Vayeishev (Gen. 37:25):

[Joseph’s brothers] looked up and saw a caravan of Ishmaelites coming from Gilead, and their camels were loaded with spices, balm, and myrrh.

Rashi points out that Ishmaelite merchants tended to trade fuel oil, not spices. How was it that the traders who bought Joseph from his brothers were carrying spices?

According to the Midrash, this was not random. God was acutely aware of the unfolding drama between Joseph and his brothers, and although he was being sold into slavery, God did not want Joseph to suffer from the foul odor of fuel oil during his journey to Egypt, and therefore arranged for a caravan that was loaded with pleasantly scented spices.

But while this is a nice idea, and introduces the concept of Divine Providence into a story that is full of negative vibes, in reality — what difference does it make to a person who is being sold into slavery to be in a pleasant smelling wagon rather than a foul smelling wagon? How likely was it that Joseph, who had to deal with multiple traumas, would be consoled by the good fortune of being transported in a spice caravan?

It seems the Midrash is teaching us the exact point my grandfather was trying to stress in his recollections of Kristallnacht.

If someone is able to see God’s hand even as he is suffering, he will never feel abandoned. God remains with him even in the midst of his anguish; the evidence is right there in front of him.

It is people who see God’s providence at every turn who are able to hope that things will improve. If God has not given up on them, if He is still present in their lives, how could they ever give up on God?

When Joseph saw that his new Ishmaelite owners were transporting spices rather than oil, he realized that God was watching over him, notwithstanding the gravity of his situation.

My grandfather, also named Joseph, had a similar moment when he was thrown into that Nazi jail together with his good friend, with whom he could pray and study Torah, and whose presence meant that his life was not in any imminent danger.

We can also look for that silver lining as we face the challenges of life, identifying God’s presence even if things are tough, using His presence as proof that our dark tunnel has a light at the end of it.