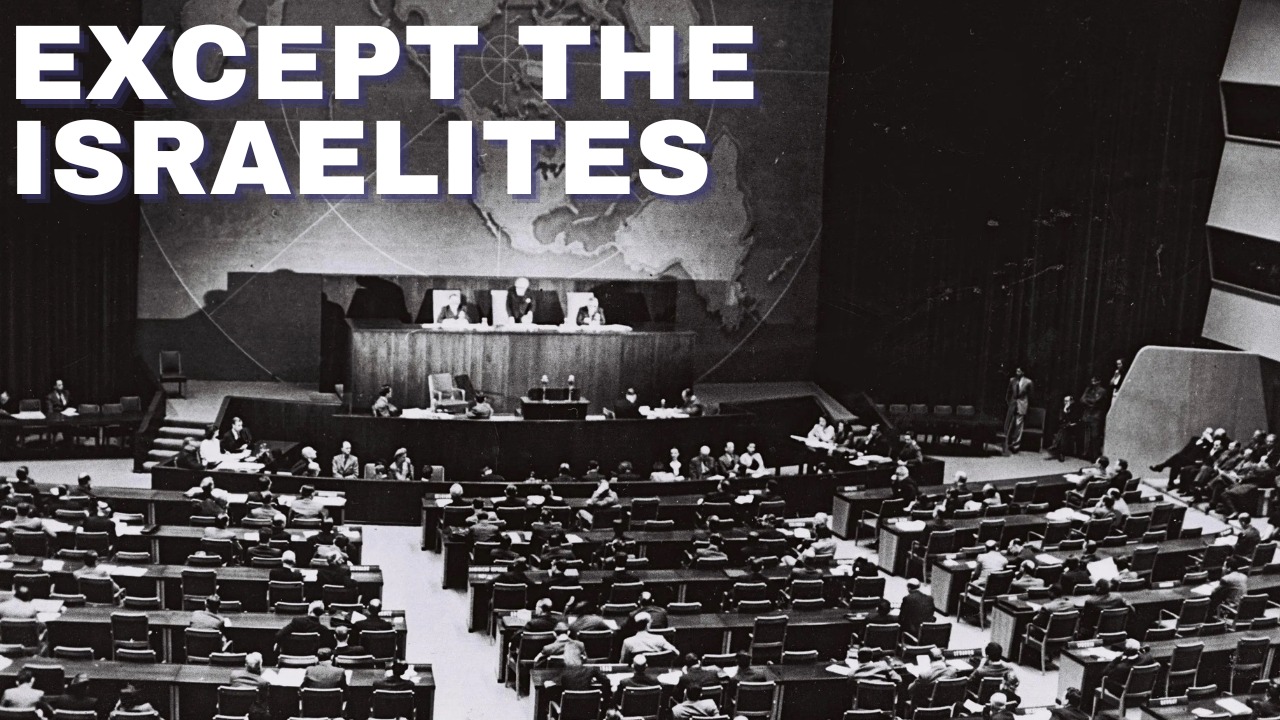 We are just over one month away from the 75th anniversary of one of the most momentous events in modern Jewish history, and modern history in general. On November 29th, 1947, almost three-quarters of the voting delegates at the United Nations General Assembly in Flushing Meadows NY voted for Resolution 181 (II), which called for the partition of Palestine into separate Arab and Jewish states, with the city of Jerusalem designated as a corpus separatum (“separate entity”) to be governed by a specially established international committee.

Following a dramatic vote-by-vote count that was broadcast around the world via radio, the motion was passed by 33 votes to 13, with 10 abstentions. It was the first time in over two millennia that the nations of the world, including its superpowers, formally acknowledged that the Jews – a stateless, persecuted group scattered across the globe, and very recently the subjects of the worst-ever attempted genocide in human history – were entitled to their own state, and that it should be set up in their ancestral homeland.

Over recent years that fateful vote and the events which led up to it have been revisited and endlessly debated by a range of academics, polemicists, and international diplomats. While its cheerleaders cite the vote as having given Jewish territorial claims in Palestine immutable credibility, critics claim that the U.N. decision to partition Palestine was one of the last and possibly most egregious acts of paternalistic colonialism imposed onto the hapless inhabitants of a backwater territory, who were powerless to stand up to the might of the United States along with its superpower rival, the Soviet Union – both of whom voted for a Jewish state.

But nothing could be further from the truth – and the idea that countries like Guatemala, Paraguay, and the Philippines, along with the many others who voted for Resolution 181, favored colonialism over the rights of an indigenous population is simply preposterous. In reality, there was an intuitive realization which transcended borders, continents and national or religious affiliations, which was not only confined to those who voted ‘yes’, but was even prevalent among those who abstained and possibly some of those who voted ‘no’ – namely that a historical wrong had to be righted, and that the exiled nation of Israel whose origins were in the Land of Israel deserved, once-and-for-all, to get their home back.

And while sympathy for the Arab inhabitants of Palestine – who at the time formed a numerical majority in the land itself – held some countries back from giving their support for the partition plan, even those who abhorred the idea of a Jewish state knew very well that the yearning of Jews for Israel was not some kind of crass colonialism or anachronistic imperialism. Instead, Jewish yearning for Eretz Yisrael represented a deep-rooted desire to reclaim the home from which their Jewish ancestors had been forcibly evicted, and which was the focus of daily Jewish prayers that had kept the hope of a physical return to Israel coupled with a spirited national revival alive for almost 2,000 years.

One of the most ardent opponents of Jewish statehood before the U.N. vote, as well as long after it, was the British Foreign Secretary, Ernest Bevin (1881-1951), a brash man considered by many to have been an irredeemable antisemite. In early 1947, Bevin met with a group of delegates from the Jewish Agency for informal discussions at the Colonial Office in London, following their refusal to attend the London Conference on Palestine – during which the Palestinian Arab leader, Jamal al-Husayni (1894-1982) had summarily rejected any notion of a Jewish state being established in Palestine.

In attendance at the Colonial Office meetings was a young Abba Eban (1915-2002), who would later become famous as Israel’s exceptionally articulate U.N. representative and later still as Israel’s Foreign Minister. But in early 1947 Eban was still an unknown diplomat-in-training whose remarkable communication skills and upper-class British accent had only just begun to propel him to the fore.

Eban later recalled that during one of the meetings with Bevin there was an electrical power outage, and Bevin was informed that the lights had gone out for everyone in the building – to which his blurted response was ‘except the Israelites!’, after which he “fell into a paroxysm of husky laughter, in which nobody else joined.”

It’s a fabulous story, and the takeaway is inescapable. Although Bevin’s antipathy towards Jews and their territorial claims in British-controlled Palestine knew no bounds, he nonetheless instinctively knew that the Jewish love of Israel could never be extinguished, that it was a supernatural force which would remain alight even if everything else fell into darkness. Bevin’s outburst may have been a crass quip – but it contained a powerful admission, the most notable of which was his reference to Jews as Israelites.

Great Britain abstained in the critical U.N. partition vote later that year, and it took almost two years for the British government to give full recognition to Israel after it officially became a state in May 1948 (by contrast, it took President Truman just 11 minutes to recognize Israel after the declaration of independence). But Bevin knew then – just as everyone in the world knows now – that Jewish history in the Land of Israel is not some kind of fanciful, convenient invention, like so many other national narratives out there.

On the contrary, the Jewish connection to Eretz Yisrael is deeply rooted and underscored by empirical, incontrovertible evidence: the kind of evidence that has stiffened and continues to stiffen Jewish resolve never to be caught back-footed ever again by enemies, whether they are from beyond or within.

The U.N. vote of 1947 confirmed a truth that is far more potent than any counter-narrative that has ever been proposed – Israel belongs to the Jews, and, after a 2,000-year absence, the Jews are there to stay.

We have just started to read the Book of Genesis as we begin a new annual cycle of weekly Torah portions. The very first commentary by the medieval bible commentator Rashi on the Book of Genesis addresses an important question: why does the Torah begin with an account of creation? Why not start with the more appropriate nation forming story of the Exodus from Egypt?

This lesson of Jewish rights in Eretz Yisrael is embedded and enshrined at the very beginning of the bible, and it is a lesson that continues to stand the test of time.

Yes, Israel belongs to the Jews, and, after a 2,000-year absence, the Jews are there to stay.