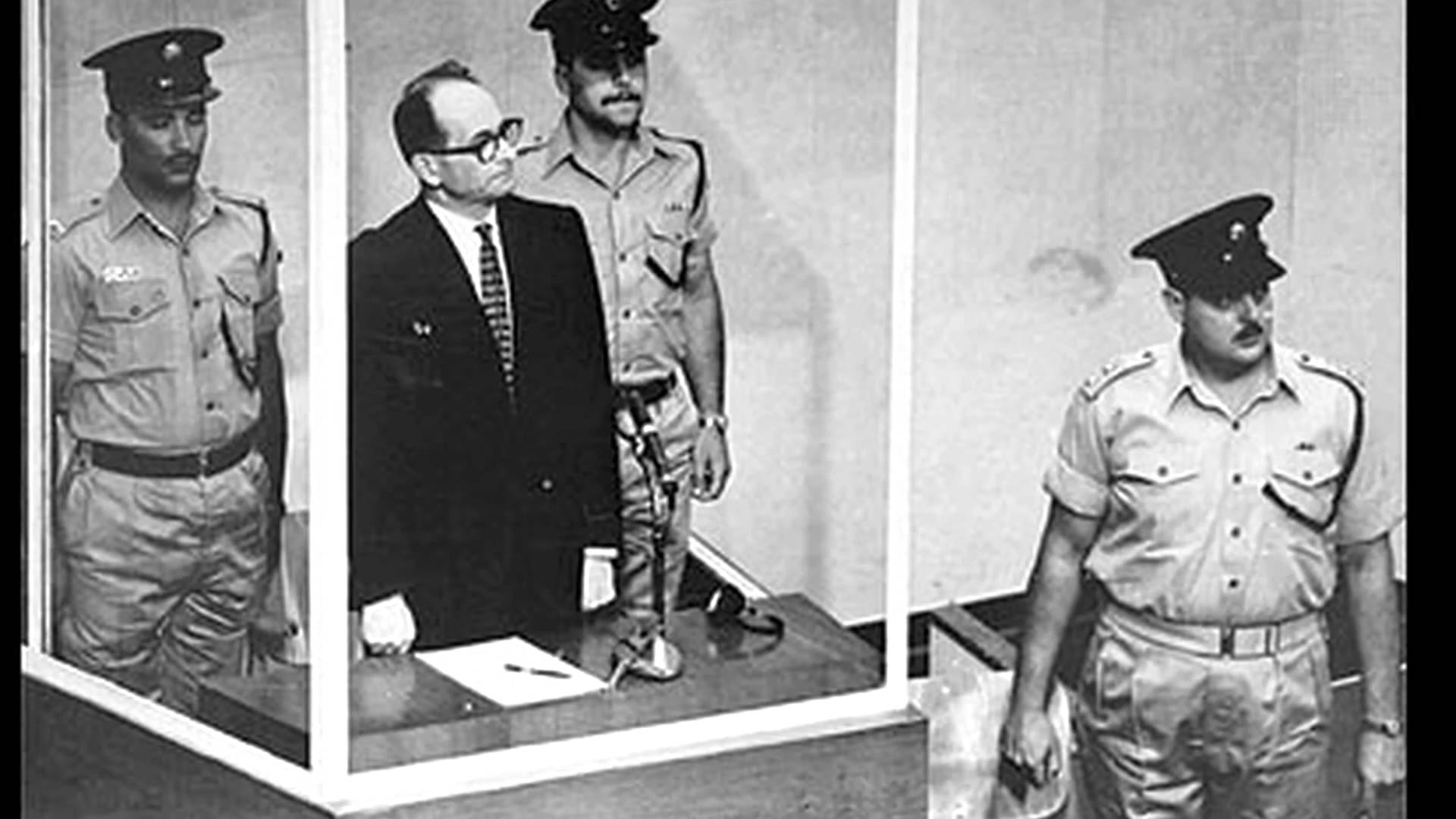 The annual mandated period of mourning for the destruction of two Jerusalem temples thousands of years ago does not match up with the idea that Judaism is an optimistic faith, full of joy and positivity.

Every year, as we enter the three-week mourning phase, I struggle with this inconsistency – on the one hand trying to stay true to the Jewish “be happy” primary directive, on the other trying to honor the memory of tragedies in our past.

This year I resolved to delve deeper into this matter by looking at how those who have suffered calamity in their lives revisit those experiences as part of the process of catharsis and rehabilitation.

In the course of my research I came across an extraordinary series of YouTube videos. Posted five years ago by Yad Vashem, the 138 separate video clips show the full, unedited trial proceedings of Adolf Eichmann, the Nazi bureaucrat who organized and ran the logistics of Nazi Germany’s “Final Solution.” Long before the Second World War began, Eichmann was appointed to head what was known as the “Jewish Desk” at the Sicherheitsdienst (SD), the security services arm of the notorious SS.

Initially responsible for fomenting violence and economic pressure against the Jews so that they would emigrate voluntarily, he later took charge of the concentration of Jews into ghettos in various major cities in Poland, with the loose plan to relocate them to “reservations” in the far east of Russia, or possibly overseas, after the Nazis had conquered the Soviet Union.

Ultimately, as we know, the Nazis decided to implement the infamous “Final Solution”, which mandated the elimination by murder of every Jew living under Nazi jurisdiction.

Eichmann proved to be an extremely diligent and talented organizer, relentless in his zeal to see the task done. Tragically, he was extremely successful, and he personally ensured the annihilation of European Jewry with the death of six million Jews — a number that remains as astounding today as it was when it first became known, not least because it encompassed at least forty percent of all the known Jews who were alive when the war began.

After the surrender of Nazi Germany, Eichmann somehow slipped through the net and disappeared from sight. At first he lived in Austria under an assumed identity, and later on in Argentina. In May 1960, a team of Israeli secret agents captured him in Buenos Aires, and he was brought to Israel to stand trial.

The trial began in April 1961, and was adjourned for the judges verdict exactly 55 years ago this week, on August 14, 1961. In December 1961 Eichmann was sentenced to death for war crimes, and he was executed on June 1, 1962 – the only man against whom the State of Israel has ever carried out the death sentence.

I sat and watched several hours of the trial this week, trying to get a sense of the atmosphere in the courtroom and the conduct of those who were present. The film quality is remarkably good, and the sound is very clear. Besides for the fact that it is in black and white, the film record of the trial could easily have been shot much more recently than 1961. That being said, I have rarely sat through such harrowing footage in my life.

The charges against Eichmann, read out during the course of the first session, is the stuff of nightmares. But far more harrowing are the detailed testimonies of the over one hundred witnesses, all of them Holocaust survivors from different spheres of wartime Nazi influence, excerpts of which I watched with horror and a constant lump in my throat.

What I found more disturbing than anything else was Eichmann himself. Political theorist Hannah Arendt, who attended the trial as a journalist, famously responded to his demeanor by coming up with the idea of “the banality of evil.” She meant that ordinary people can perpetrate great evil in the belief that what they are doing is not evil at all, but perfectly acceptable and totally in keeping with normal human behavior.

Watching the film clips, one can see why Arendt believed this assessment of Eichmann to be true. He has the look of a middle ranking administrator – deferential, courteous, and even in moments of irritability, contained and restrained. He looks like the type of man you would comfortably trust to take care of your affairs, and yet he stood at the helm of one of history’s greatest crimes.

But Hannah Arendt got it completely wrong. Whilst in hiding in Argentina Eichmann told a sympathetic Dutch journalist that as the war was ending he called in his men and informed them he would gladly “jump into my grave in the knowledge that five million enemies of the Reich have died like animals.” This is not the statement of a phlegmatic middle manager; it is the raw animus of a sociopath with no humanity or concern for the fate of those he has harmed.

I had always wondered what the purpose of the Eichmann trial actually was. My impression, now that I have seen it on film, is that the trial often bordered on clumsy in its execution, and in any event the guilty verdict was surely a foregone conclusion. In which case, why didn’t the Israeli agents simply kill Eichmann in Argentina, and take photos of his corpse for later publication?

The answer became evident the more I watched. Unless one is aware of what one has lost and how, there will never be any chance of rebuilding, nor of true renewal. More importantly, the gravest danger posed by evil is the fact that it can come in the form of an Eichmann, who looked and seemed innocuous.

It is exactly for this reason that we commemorate Tisha Be’Av each year, and recall the loss of our Jerusalem Temples — to remind ourselves that we must know what we’ve lost in order to yearn for it, and also so that we can internalize the fact that not everything evil is self evidently so.