EDUCATION IS NOT ONCE A YEAR 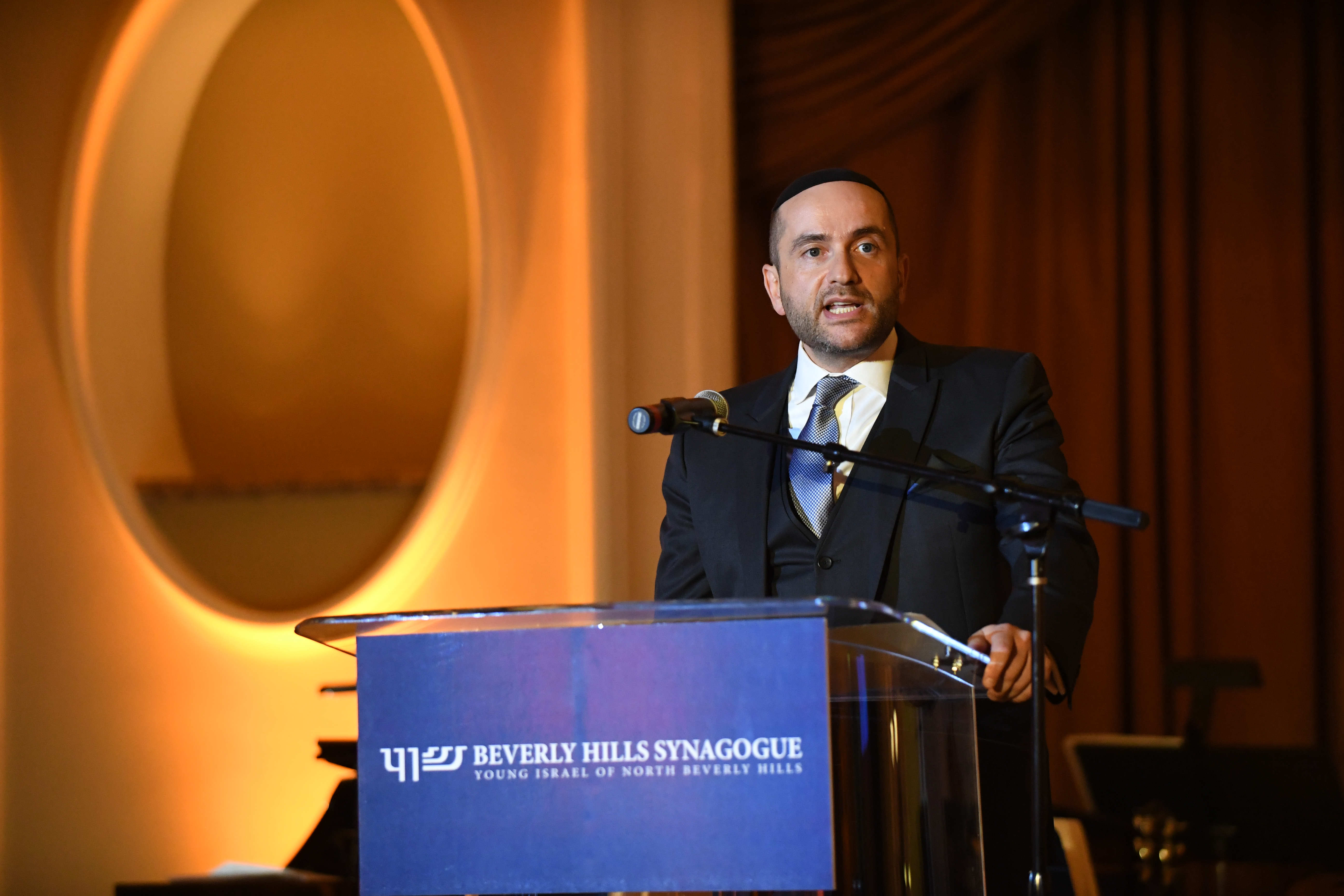 This speech was given by Rabbi Dunner at Lincoln Square Synagogue for the New York launch of the ‘70-for-70’ project, on January 27, 2015

Today we commemorate the liberation of Auschwitz. On January 27th, 1945, the Red Army arrived at the entrance of Auschwitz where the dreadful words ‘Arbeit Macht Frei’ – ‘Labor Liberates’ – adorned the gates of hell.

No amount of labor liberated the inmates of Auschwitz. They were humiliated and mistreated, tortured and murdered.

Jews from every corner of Europe, along with gypsies, homosexuals, undesirables, and the mentally and physically handicapped – every kind of human that Nazi ideology deemed unworthy of dignity or life – were murdered in the inhuman hell of Auschwitz. An inhuman hell conceived of and run by humans, whose humanity and compassion had evaporated in a frenzy of prejudice and propaganda.

But why remember just on January 27?

In the Torah portions we read in the synagogue at this time of year we recall the first liberation of the Jews. We begin by recalling the evil perpetrated against the ancient Hebrews in Egypt. We recall the despair of the ordinary Jew and even of the leadership. Moshe and Aaron questioned the possibility that their mission to free their brethren would ever succeed.

Then we read of the extraordinary miracles that led up to and followed the redemption. We recall that the Exodus was a precursor to our standing at the foot of Mount Sinai just seven weeks later, as we declared in unison ‘נַעֲשֶֹה וְנִשְמַע’ – ‘we shall do and we shall heed’.

We have an annual anniversary to commemorate that moment of liberation. It is called Passover. On Passover we relive the experiences of Egypt, and the exhilaration of the Exodus.

And yet this is not enough. The Torah demands that we remind ourselves on a daily basis of the miraculous redemption from Egypt, a seminal moment that resulted in our formation into a national entity that has endured for three and a half thousand years.

My late father would recall that as a young man he worked alongside a remarkable Holocaust survivor called Simcha Bunim Unsdorfer. This scion of rabbinic leadership in Slovakia survived concentration camp and later moved to England, where he worked for the Jewish community until his untimely death in the late 1960s.

My father remembered that he would often arrive at the office to find Mr Unsdorfer had locked himself in his room. Eventually Mr Unsdorfer would emerge and my father would query his self-imposed seclusion.

‘Why are you so upset today?’ he would ask.

Mr Unsdorfer would look at him quizzically.

‘Today?’ he would respond. ‘Today, in 1944, Mr Chaim Gross, the president of the community, was dragged away by the Nazis and shot and killed in full public view.’

Or ‘Today, in 1945, in Auschwitz, my childhood friend Moshe Katz died from malnutrition.’

Or ‘Today my cousin, his wife and his children, were gassed and cremated, moments after arriving at the concentration camp.’

You see, for Mr Unsdorfer there was no ‘today’. There was every day.

But what of the millions who suffered and died before that moment? How do we commemorate them?

The Torah instructs us to remind ourselves on a daily basis that we were slaves in Egypt and that eventually God redeemed us. It is not good enough to do that once a year. We must do it every day.

For me, a child and grandchild of Holocaust survivors, there is no once a year. There is only every day. Every day I wake up and think to myself – so many died, including so many members of my own family – and yet my parents and grandparents survived.

In an article in the UK’s Daily Telegraph newspaper this week, Rabbi Lord Sacks recollected how he advocated for the Holocaust to be formally remembered in the UK when the idea was first proposed in the 1990s. He reminded the then Prime Minister Tony Blair that despite the fact the Holocaust had happened such a short time ago, its lessons had not been learnt, and Jews were still being targeted.

That was then, and now it has gotten worse. As Lord Sacks wrote: ‘Anti-Semitism is rife in the Arab and Muslim world. Jews have been accused of everything: controlling America, dominating Europe, manipulating the economy, running the media, perpetrating 9/11 and all subsequent terrorist attacks, creating Aids, Ebola, the 2004 tsunami and global warming.’

Without constant reminders of how this happens as a result of prejudice and hatred, distortion and bigotry, anti-Semitism will increase, as the Holocaust becomes just another tragic brutal episode in history, like the Crusades, or the Napoleonic Wars.

There is too much at stake. The State of Israel was created by the UN in the wake of the horrors of the Holocaust. It was not the Holocaust that prompted it. But it was the Holocaust which forced the world to realize that Jew-hatred was too strong to allow the Jews to remain without their own country.

Nevertheless, as the horrors of the Nazi genocide have receded into history, attitudes to Israel have shifted. Israel is in grave danger. It may be protected by a strong army, but even the strongest army is weak without education.