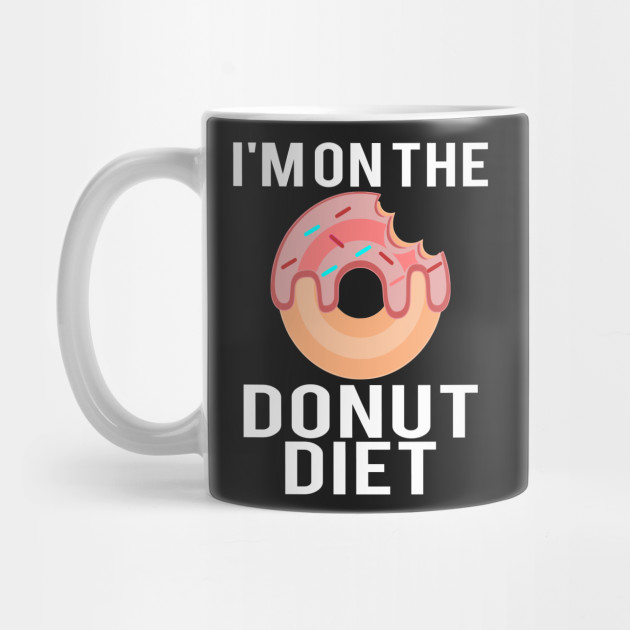 Not a month goes by without some new fad diet hitting the headlines.

Promising countless health benefits and youthful longevity while guaranteeing sustainable weight loss, every one of them tantalizes us with claims allegedly backed up by scientific research and irrefutable statistics.

Some of these diets push our credulity to the limits, and the latest one is no exception.

Dubbed the “Doughnut Diet”, the nutritional regime’s formal name is “IIFYM”, an acronym for the rather clumsy sounding “If It Fits Your Macros”.

Two weeks ago TIME ran a story on the IIFYM phenomenon headlined “The incredibly fit guy who eats burritos every day”.

The “fit guy” is the diet’s originator, Anthony Collova, a bodybuilder who claims to have developed a system that is “easy to comprehend and implement, and is based on science and intuition, rather than hyperbole and hope.”

If only this were true it would be wonderful, but Collova’s claim is so overstated that it can only be described as, well, excessively hyperbolic and hopeful.

The IIFYM diet requires each adherent to enter data onto a website calculator – age, weight, height, and daily physical activity – so that an accurate daily calorie usage count is generated, and then, based on whether one wants to “burn fat, lean out, or get toned and shredded”, a regimen of daily calories is prescribed with exact instructions on where those calories should come from in terms of the three macronutrient groups: protein, fat, and carbohydrates.

I’m guessing if one is trim and young, and a person whose daily physical activity is well above average, the IIFYM calorie intake prescription might well be via the eponymous doughnuts.

Thank you, Mr. Bodybuilder Collova, but what about all those of us who don’t fit into those categories, and who gain weight just by looking at doughnuts?

The preamble noted that those who seek to remain healthy by regulating their food intake will discover one cannot eat anything at all, at least if one follows the recommendations of every popular diet out there.

And while this suggestion facetiously supposes that one would choose to go with all rather than one of them, the article goes on to say that even if one chooses one, it turns out most fad diets are based on pseudo science and prejudiced assumptions that resonate with the uninformed, but in reality do not bear even the most superficial scrutiny.

The debunk that really caught my eye was the one aimed at the much vaunted Paleo Diet. The idea behind Paleo is that we should stick to the diet consumed by humanity during the Stone Age, in other words no dairy products, wheat, or processed foods. Instead we should stick exclusively to seeds, nuts, berries, fish and meat. The thesis behind the diet is that contemporary food not only makes us fat, it actually prevents us from getting the nutrition we need, so let’s go back to basics.

The article totally discredits this proposition. While it may be true that thousands of years ago humanity was restricted to a Paleo Diet, that hardly means people were healthier (after all, life expectancy was under 35), even if it meant they were leaner.

In any event, even non-scientists will understand that our digestive systems have evolved, and that food which caused cave dwellers indigestion or worse, has no negative effect on modern man.

For example, the Paleo Diet forbids pulses simply because they are pre-historically incorrect. Ancient man did not consume fibrous legumes, although – one assumes – that was mainly because they were not available.

But we know legumes are extremely healthy – low in fat, and full of nutrients and protein. It therefore follows that prohibiting them in order to uphold the Paleo principle is – in a word – ridiculous.

I was drawn to this particular debunk because it reminded me of a famous omission in Maimonides rooted in the Torah portion of Va’etchanan.

As part of his exhortations to the Jewish nation, Moshe declared (Deut. 4:9):

Based on this quote, and another similar statement a few verses later, the Talmudic sages forbade a number of activities due to the danger they pose to human life.

One of these prohibitions forbids cooking fish and meat together, or eating them off the same plate (Pesahim 76b).

The Shulhan Arukh records this prohibition as halakha, although Maimonides does not list it as one of the halakhically prohibited food combinations. Interestingly, the author of the Shulhan Arukh, Rabbi Joseph Caro, cites a Talmudic ruling banning liquids left exposed and out of sight, only to inform us that this prohibition is now extinct because the Talmudic concern about an unseen snake releasing its venom into unguarded liquid has no contemporary relevance.

It seems fair to suppose that Maimonides believed that although fish and meat together posed a medical threat in Talmudic times, it poses no medical threat today, evident from the millions of non-Jews who regularly eat the two together and come to no harm.

In which case why did Rabbi Joseph Caro include this prohibition in the Shulhan Arukh?

I would suggest this was not the result of kosher or health concerns, rather it emanated from the lack of clarity in the reasoning given in the Talmud for the ban. Such was the respect Rabbi Caro had for Talmudic sages, that he decided not to second guess them and cancel the fish/meat embargo, in the belief they knew something he did not – something significant enough for them to promulgate the ban.

We often hear that kosher and healthy are one and the same thing, and that the rules of kosher reflect the nutritional advice of ancient times, in which case they can be discarded in light of contemporary nutritional information.

What is clear from this interesting vignette is that keeping kosher and eating healthy are two totally separate if equally important Jewish obligations.