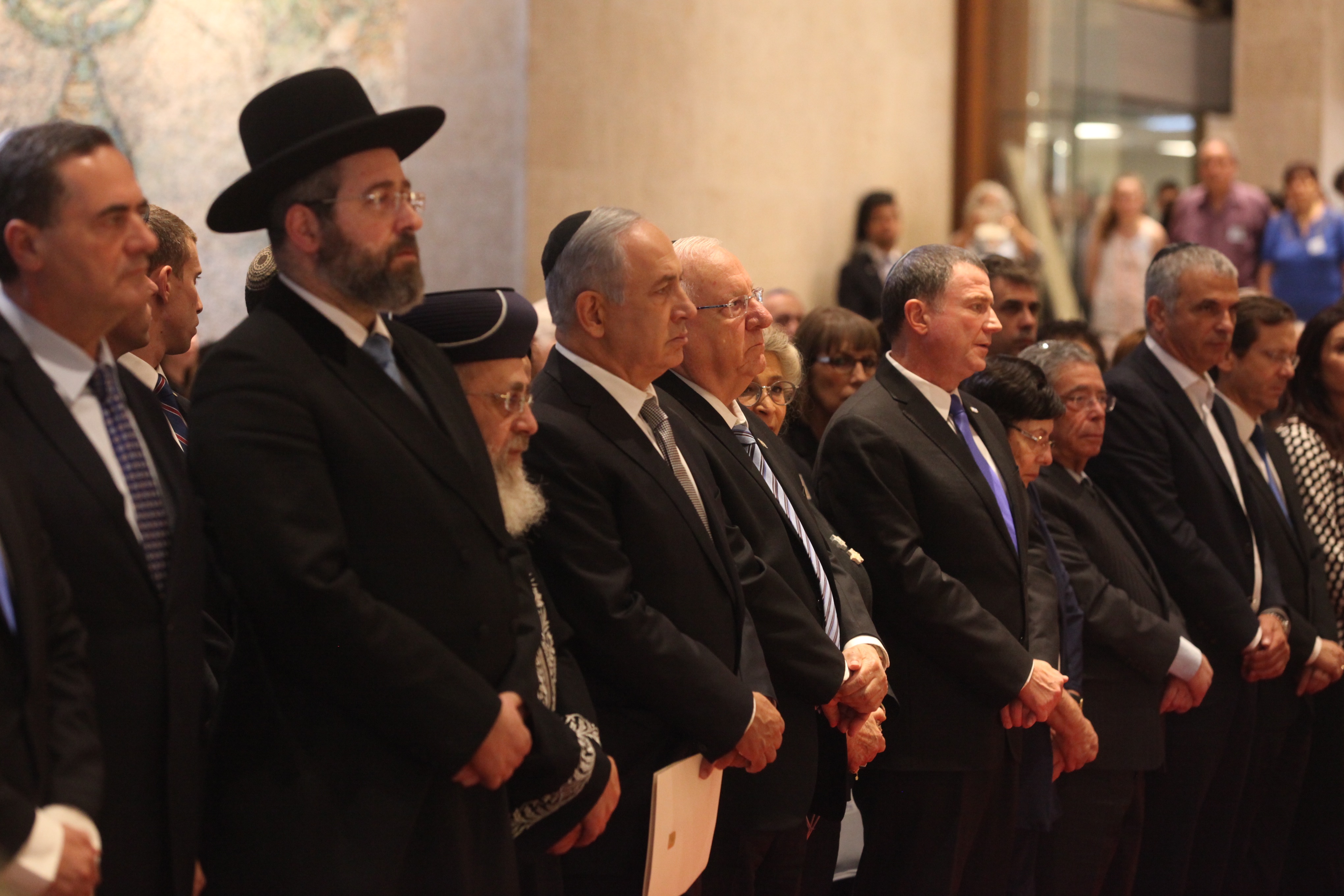 I saw a worrying news article this week. It was buried between reports of biker violence in Texas and David Letterman’s final appearances on late night television.

Apparently, Israel’s Ashkenazic Chief Rabbi, David Lau, suggested that Israel’s government should consult with the country’s Chief Rabbinate in relation to every proposed piece of legislation.

At a panel discussion with Israel’s new Justice Minister, Ayelet Shaked, he challenged her “to ask the Chief Rabbinate to present the Jewish and traditional position for every new legislative bill.”

Although he claimed not to be seeking the imposition of halacha onto Israel’s legal system, he declared that it would make sense for him and his colleagues to be consulted, on the basis that “Israel is both a Jewish and a democratic state, and these expressions should not contradict each other, but rather they should be combined.”

His suggestion really concerns me. It seems like the thin end of an insidious wedge. Of course many laws in Israel reflect the Jewish character of the state, and there are already considerable areas of law that are the exclusive domain of rabbis, such as marriage, divorce, and conversions.

But if all of Israel’s legislative agenda was farmed out for rabbinic consultation, that would brings Israel just one step closer to becoming a theocracy, and it is a step I instinctively oppose.

What business do Israel’s rabbis have with the laws of Israel that govern taxation, or foreign affairs, or transport, or the democratic process?

And yet, even as I write these words, there is a part of me that feels I must be wrong. Surely – as an orthodox rabbi – I should welcome and embrace this proposal? Doesn’t it make sense for a Jewish state to formally acknowledge thousands of years of Torah law?

After all, every Jew living in the State of Israel, whether they observe halakha or do not, must know that their Jewish identity is a direct result of their ancestors refusing to abandon Judaism, which until very recently meant strict adherence to halakha. That being the case, it almost seems as if not including rabbinic consultation in the legislative process has been a grave omission that needs rectification.

I believe, however, that my initial instincts are on target. I draw this conclusion from an interesting phrase in the Mount Sinai narrative that seems to contradict another, far more famous, phrase. In the midst of the chapter in Yitro that describes the scene just prior to us receiving the Torah, the pasuk reports (Ex. 19:17): וַיּוֹצֵא מֹשֶה אֶת הָעָם לִקְרַאת הָאֱלֹהִים מִן הַמַחֲנֶה וַיִתְיַצְבוּ בְתַחְתִית הָהָר.

This is ordinarily translated to mean: “Moshe brought the people out of the encampment to meet God, and they stood at the foot of the mountain.”

The problem with this translation is that בְתַחְתִית הָהָר does not mean “at the foot of the mountain” — it actually means “underneath the mountain.”

The Talmud in tractate Shabbat explains that God either physically or figuratively dangled Mount Sinai over the heads of the Jewish nation, and threatened them with instant annihilation if they did not accept to observe the laws of the Torah.

But how does this make sense in light of the fact that the Jews had just proclaimed in unison “we shall do and we shall hear”, the famous expression of commitment and faith uttered even before they had set eyes on the Torah? In fact, who wouldn’t make such a commitment when threatened with oblivion?

Multiple explanations have been suggested, but I want to focus on the halakhic implications. Jewish law deals with various circumstances where coercion is mandated if someone refuses to observe a particular halakha, all based on this Talmudic narrative.

Recently this concept hit the news during the New Jersey trial of a bunch rabbis who ran a covert Jewish ritual divorce enforcers gang, that used violence to coerce recalcitrant husbands to grant their wives a “Get” (Jewish divorce) in the event that their marriage had irretrievably broken down.

Putting aside for a moment the legality and morality of such coercion, how is it possible for a Get obtained under duress to even be valid if – as we know – a Get needs the husband’s full and unconditional consent?

In other words, if it was a cattle prod that prompted the Get, then surely the divorced wife is not actually divorced!

The answer – enshrined in Jewish law – is that we believe all Jews crave to observe Jewish law, even if sometimes that idealism is obscured under layers of resistance. When an obstinate Jew is put under duress and eventually relents, the surrender is actually the true Jew emerging from beneath those layers of resistance.

To the untrained ear this sounds like a mandate for torture, as if Judaism subscribes to the kind of horrific force that we abhor in Islam, and that was practiced by the infamous Inquisition. In fact it is the complete reverse.

The contradictory phrases in Yitro reveal the circumstances under which any coercion might be applied. If someone lives a life that reflects the notion of “we shall do and we shall hear”, then coercion makes sense. Evidently this Jew is committed to the Torah, and will therefore ultimately accept the imposition of Torah law by its facilitators, even if for some reason he is currently unwilling to do one or another of the mitzvot.

If, however, it is plain to see that a Jew is not interested in leading a Torah life, it contravenes the halakha to impose any mitzvot on him. On that basis it is utterly out of place for Israel’s Chief Rabbinate to be involved in any part of Israel’s legislative process that might impose Jewish law on unwilling non-observant Jews.

Every Jew who is out of the fold is welcome to return, but no Jew should ever be forced to return.