DIVERGENT THINKING IS CRITICAL TO JUDAISM 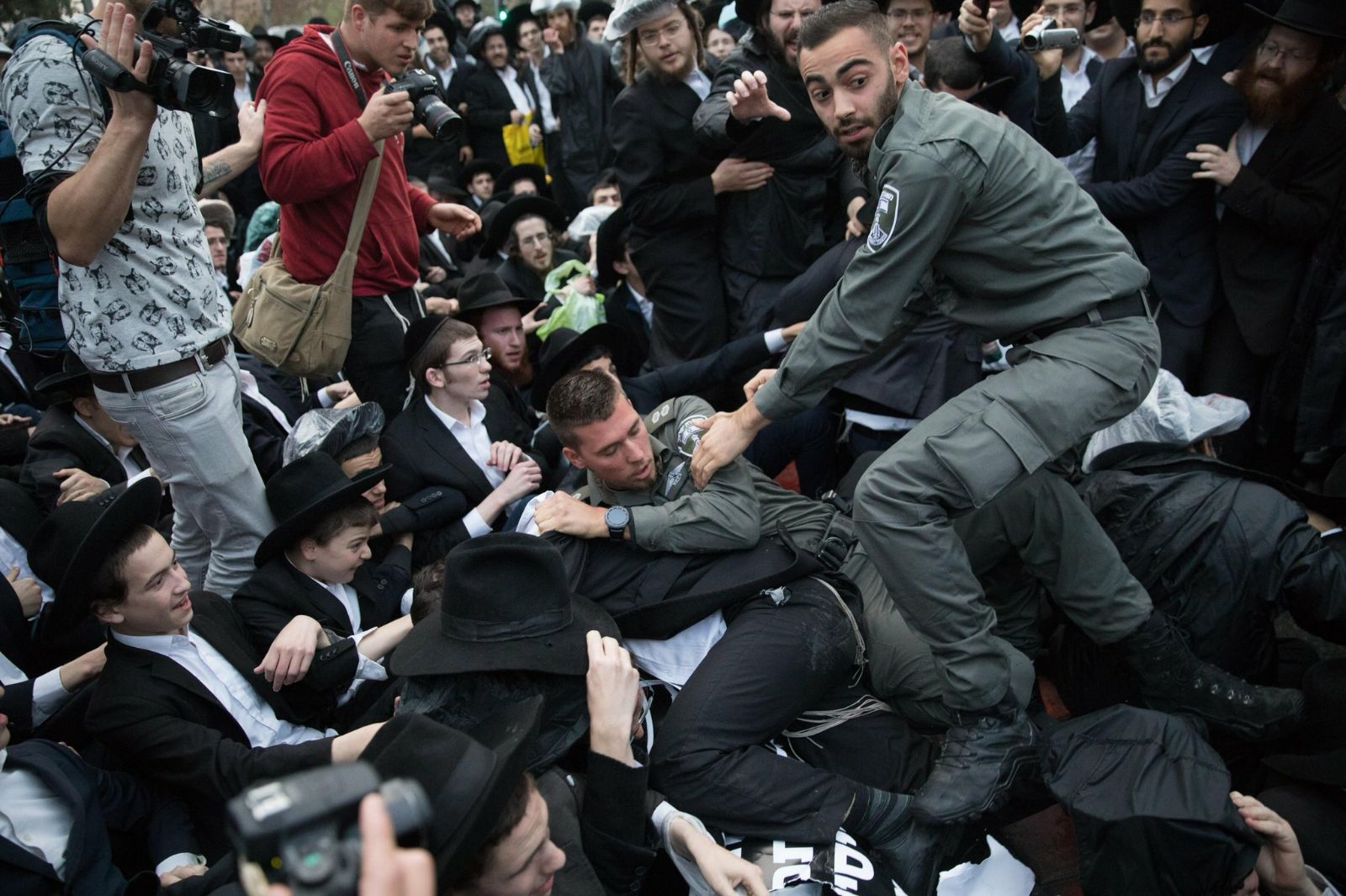 Over the past week, all of us have been shocked by images of yeshiva students and their rabbinic mentors disrupting traffic and causing mayhem in Israel, as they protest the recent arrest of two young men who refused to register for the Israeli army, a prerequisite for any yeshiva student who wants an exemption from army duty to allow him to study.

While we instinctively know that these protests are wrong, the organizers justify them by claiming it is their religious duty to resist the Israeli government, even as their actions have been condemned as a “Torah desecration” by ultra-orthodoxy’s most elevated authority, Rabbi Chaim Kanievsky of Bnei Brak.

Even so, they have dismissed Rabbi Kanievsky, and every other critical voice, claiming that Judaism is based on centuries of tradition and Jewish law, which will be endangered by any compromise with modernity, epitomized by any association with the modern-day State of Israel.

So how are we to prove them wrong?

In 1967, the celebrated psychologist J. P. Guilford came up with a psychometric model, which quickly became widely accepted as a definitive tool to characterize different individuals.

People’s approach to life, said Guilford, can broadly be divided into two separate categories. There are those who are “convergent” thinkers, and there are others who are “divergent” thinkers.

A convergent thinker will only ever see a limited number of options in any situation, all of them predictable and predetermined by experience. Any decision they make will have had a precedent or comparable in their past, or in the normative experience of their culture or society.

A divergent thinker is very different. He or she is never satisfied with the most obvious solutions, and will always look to do things differently, seeking options that are not immediately apparent.

The advantage of divergent thinkers is that they are “creative” – they think “outside the box” – while the downside is that they don’t follow rules as a default, and their creativity can often add unnecessary complexity and risk to their lives.

As a result, society generally tends towards convergent thinking, in the belief that sticking to the rules and what one knows is always going to be the safer option.

But while this is true to a degree, convergent thinking can often lead to self-destructive complacency, as people continue to follow a set pattern of behavior, even though it isn’t really working.

Or, as Albert Einstein put it, “we cannot solve our problems with the same thinking we used when we created them.”

Organized religion is seen as the ultimate form of convergent thinking, and Judaism is no exception. After all, being a normative Jew is all about embracing tradition, and being committed to continuity based on history and precedent.

Any attempt to question tradition or to venture into new territory is immediately portrayed as heresy and rebellion. But does this really mean there is no room for creativity and divergent thinking as a religious Jew?

Despite the very convergent nature of a religious framework, I believe that in order to be dynamic, a convergent system must be combined and augmented with a divergent element that is creative and original.

The proof for this can be found in the contrast made by the Talmud between our founding patriarch, Abraham, and Noah, whose righteousness is characterized as having been confined to his own time and place, while Abraham is celebrated as the progenitor of monotheism, whose influence has outlived him by millennia.

The medieval commentator Rashi observes that Noah constantly needed God’s support in order to stay the course, while Abraham was ahead of the game, an innovator in an age of pagan stagnation.

While Noah never challenged God regarding the decision to destroy his generation, nor made any attempt to rectify the iniquities of his day, Abraham was ready to go to war against a superior military force when his nephew was captured, challenged God over the destruction of Sodom and Gomorrah, and even questioned God regarding the promise that his descendants would inherit the Land of Canaan, in light of the fact that he had no children.

Strikingly, our first direct encounter with Abraham is when God instructs him (Gen. 12:1):

לֶךְ לְךָ מֵאַרְצְךָ וּמִמּוֹלַדְתְּךָ וּמִבֵּית אָבִיךָ  “go from your land, your birthplace, and the house of your father, to land that I will show you.”

Abraham would never have succeeded as the pioneer of God’s plan for an elevated humanity if he had simply remained righteous in the heart of his comfort zone. He needed to move beyond his familiar surroundings, and prove that his remarkable piety would endure and thrive in unexpected places, and unforeseen circumstances.

The Midrash presents Abraham as the model of ultimate obedience to God’s will. Remarkably, this seems to have been the result of his divergent thinking while behaving convergently.

Noah, who was limited by his tunnel-vision convergence, and was seemingly unable to take risks for his faith, is disparaged by comparison, remembered only as the conduit between the creation and Abraham.

Judaism may rely on the bedrock of convergent thinking to ensure a consistent religious society, upheld by norms and requirements that guarantee its survival. But without divergent thinking to supplement it, our faith becomes a moribund prison, and results in the kinds of scenes we have witnessed in Israel these past weeks.

To remain faithful Jews in the security of an ivory tower is the inferior Noah option. It is high time for these yeshiva student protesters to remember that they are the spiritual descendants of Abraham, not Noah.