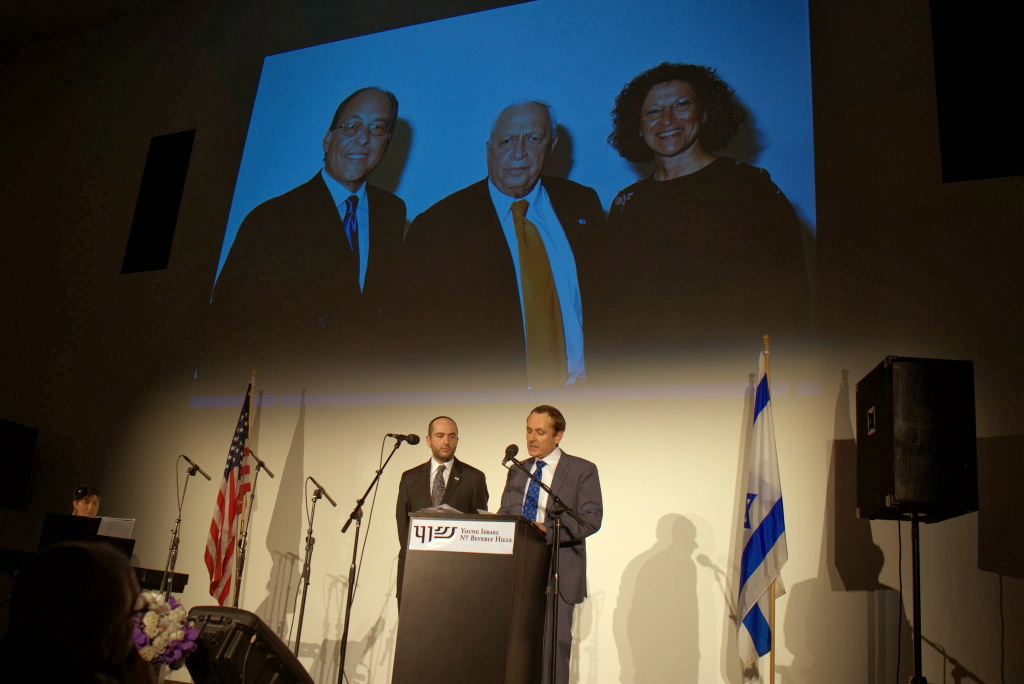 This past Sunday night I was very moved, as I attended the West Coast region AIPAC annual dinner.

More than 1,400 people attended an outstanding banquet, and together we heard how AIPAC had enabled so many people to understand Israel better, and to work harder to ensure a meaningful and mutually beneficial relationship between Israel and the United States.

All the speakers spoke passionately, particularly Pastor Chris Harris and Canada’s Foreign Minister, John Baird, and we were all very inspired by their words and by their commitment.

But what inspired me most of all was not the speakers, or the setting, but the fact that so many people had come together, all of one mind, to ensure the safety and security of Israel by advocating for the Jewish State in the corridors of power and strengthening the Israel-US relationship, that is such an important factor for both countries.

All those who attended were united as one, despite multiple backgrounds, religious beliefs, and political viewpoints, all intent on demonstrating their unbending and unwavering support for this important cause.

I had a similar feeling at our own synagogue’s event on Monday night, when we paid tribute to the memory of Israel’s former Prime Minister, Ariel “Arik” Sharon.

The program was wonderful and varied, and it was particularly special to share some time with Gilad Sharon as he sat at his kitchen table in his farmhouse in the Negev, reminiscing about his late father, and recounting personal anecdotes.

But again, it was not the speakers or the music that struck me as the most meaningful elements of the evening. What struck me most was that here were hundreds of people, from all walks of life, and every kind of religious persuasion – bearded Hasidic Jews sitting alongside secular Israelis, Modern Orthodox couples sitting next to UCLA students – all there to commemorate and celebrate the life of this great Jew together with each other.

The Torah commentaries puzzle over the strange language used by God to articulate the commandment to take an annual census of the Jewish nation. Why command Moses to ‘raise the heads’ of the Jews? Why not simply tell him to count them?

One commentator suggests that turning so many disparate and dissimilar individuals into a united group has the effect of raising them all up and strengthening them all as individuals. It is not only the community as a whole that benefits, but each individual who is a part of that community benefits through the association.

When each individual Jew came to be counted as part of the ‘Children of Israel,’ it strengthened each one of them. Each one of us who attended the AIPAC dinner on Sunday, or the memorial event on Monday, or who is a member of our growing and dynamic community, has been empowered as an individual by participating and being a part of that group.

That is what belonging to something positive does to you. Not only are we givers, we become takers too.

This exact idea is reflected in the next Hebrew word of the Torah portion – “וְנָתְנוּ” – ‘and they shall give.’

The word ‘venatnu’ is a palindrome; it reads the same forwards and backwards.

Those who give also receive.

Those who belong will be empowered.

Those who identify will strengthen their identity.

That is the secret of community, and that is the message of Ki Tissa.