DESPITE OUR DIFFERENCES, WE ARE ALL THE SAME 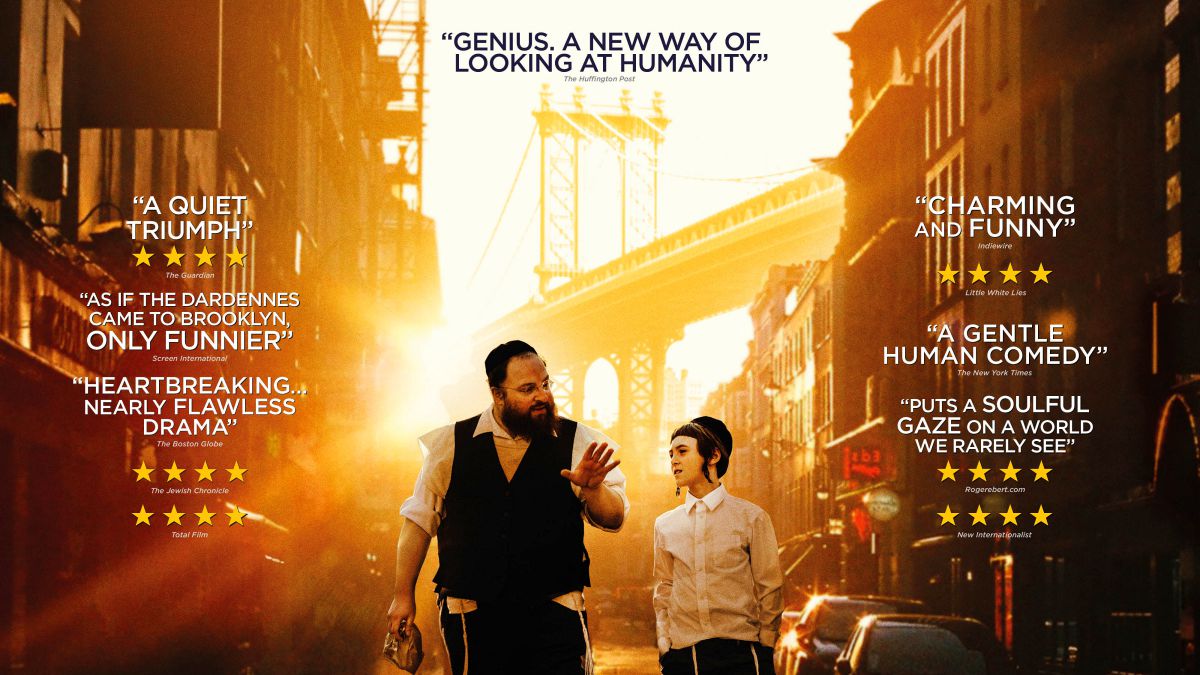 From time to time, producers in Hollywood opt for movies that depict the closed world of ultra-orthodox Jews.

Some of these films have become icons of movie history, such as the very first feature-length ‘talkie’, The Jazz Singer, a 1927 musical starring Al Jolson which charts the story of a cantor’s son torn between a flourishing showbiz career and his traditional Jewish heritage.

The 1971 Academy Award winning movie Fiddler on the Roof depicted the precarious life of a traditional Jew and his family as they struggle with the challenges of modernity in the face of abject poverty and state-sponsored antisemitism in Czarist Russia.

Barbara Streisand’s 1983 movie, Yentl, featured Streisand as a girl born into a strictly observant family in early twentieth-century Poland, who dresses and lives like a man so that she can be educated in a male-only yeshiva after her father dies.

The Chosen, released in 1981, portrayed the turbulent life of Danny, the son of a prominent Hasidic ‘rebbe’ in New York who rejects the stifling atmosphere of his community, and goes off to pursue a university education.

The common denominator of all these movies, and many others like them, is the tension that exists between traditional Jewish life and modern society. And while it is exactly these tensions and contrasts which create the dramatic backdrop for each screenplay, the unfortunate corollary is the presentation of orthodox Jews as caricatures – two-dimensional retrogrades stuck in a self-defeating hamster wheel, collectively unable to adapt to the world beyond their own limited lives – a world that has advanced in every way, and whose rejection is to their great disadvantage. Bearded men with sidelocks dressed in strange-looking clothes, drab women in loveless marriages, all of them quite cheerless, engaged in a futile battle against the relentless advance of a modernity they barely comprehend.

This year’s token movie featuring ultra-orthodox Jews is Disobedience, a story set in the north-west London suburb of Golders Green, where I grew up. The daughter of a strictly orthodox rabbi returns to London after the death of her father and reconnects with two childhood friends, now married to each other. As with all movies of this genre, the storyline focuses on the restrictive nature of traditional Jewish life, this time in the face of a romance that would be considered perfectly normal in the world beyond the community.

Once again, the gloomy atmosphere of a Torah-observant life is contrasted with the joys of an unreachable world that is so tantalizingly close by. To be frank, the oppressive environment depicted in the movie bears no resemblance to the Golders Green community I know so well.

The very predictable storyline of Disobedience and all the movies like it is exactly what makes the 2017 movie Menashe so incredibly refreshing.

Remarkably, besides for a few isolated scenes, the entire dialogue is in contemporary Yiddish. The eponymous Menashe is a widower from Borough Park, in Brooklyn, New York, whose son Rieven is cared for by family until Menashe has found a new wife. The outside world barely intervenes in this heartwarming tale of a clumsy bachelor desperately trying to balance making a living with his duties as a father, while at the same time sustaining his status in the community and staving off despair.

Truthfully, this story could have been set anywhere in New York, in any ethnic setting, or indeed elsewhere in the United States or in any country across the globe. The themes are universal, the human interactions familiar, and as the story unfolds, the hero’s beard and sidelocks recede into the background and we are left with a story anyone can relate to, whatever their ethnic or religious identity.

Despite the quirks that mark Menashe’s community, we are easily able to see past them, and into the heart of a very human drama. After all, human nature is human nature, whatever community you come from. It is not what makes us different that is interesting – what is really interesting is that despite our differences, we are all just the same.

This very point is brought home to us at the end of Nasso, the longest portion in the Torah, with 176 verses. This oversized portion owes its inflated size to the 89-verse chapter (Num. 7) that recalls the gifts donated by the princes of each tribe at the inauguration of the Tabernacle. Each of the gifts is inventoried in minute detail, despite the fact that all of them are identical.

Paradoxically, the commentaries interpret this uniformity as signifying the individuality of each tribe. Although each gift appeared to be indistinguishable from all the others, each one of them had been given with a different idea in mind. For this reason, the Torah, usually so sparing with its words, lists each sacrifice separately, despite their similarity, to emphasize that each gift was distinctive.

I have a slightly different take on this lengthy, repetitive chapter. Whether or not the motivations of each tribe were different, ultimately each of the gifts was exactly the same as every other. Because in the end, however different the tribes may have been from one another, their commonalities were clearly far more dominant than anything that may have divided them.

In the previous portion of Bamidbar, the Torah goes to great lengths to demonstrate the individuality of each tribe, separating them into independently counted groups, with each of them under their own banner.

In Nasso, the message the Torah wishes to impart is that by focusing on these differences we totally miss the point. Whether you are from this or that tribe, the human condition remains the same, and focusing on differences simply distracts us from the core message that we are all a part of one big family.

It seems to me that this is the timeless message of the princes’ gifts, and it is a message that continues to warrant our vigilant attention.