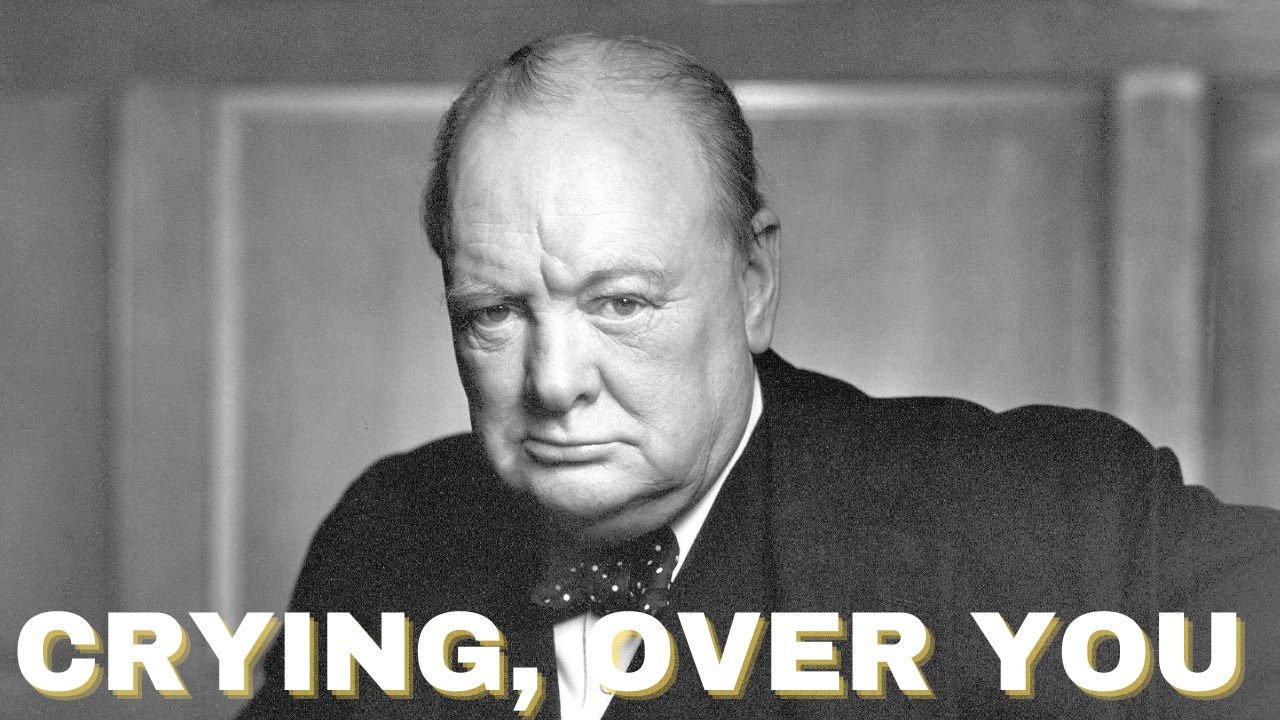 One of the most remarkable aspects of Sir Winston Churchill’s personality is so rarely recalled that it is barely known, even by dedicated Churchill aficionados. I am referring to his capacity for public displays of emotion, and particularly floods of tears, which were usually brought on by the suffering of others.

A revealing 2016 article by the award-winning historian Andrew Roberts – Winston Wept: The Extraordinary Lachrymosity and Romantic Imagination of Winston Churchill – charts the countless occasions when Churchill shed tears after being confronted by or informed of human misery.

This seasoned veteran of wars and upheaval, whose incredible fortitude and resolve in times of crisis were legendary, whose steely stoicism enabled him to make life-and-death decisions others balked at, would nonetheless openly and spontaneously display his emotions when he encountered the pain of others.

What is particularly surprising is that in Churchill’s day, the British were renowned, even admired, for their “stiff upper lip.” As Roberts puts it, “it was widely believed that the British Empire itself depended on the capacity of officers and gentlemen to rise above their natural human emotions and stay calm and collected, regardless of whatever appalling thing was happening.” But it would appear that Churchill was a frequent exception to this particular norm.

In June 1941, Colonel Georges Groussard came to meet Churchill in London as an emissary of the collaborationist French leader, Marshal Phillipe Pétain. His description of the difficulties experienced by the French under Nazi occupation “reduced Churchill to tears.”

Later that year, Clement Attlee, Churchill’s political rival as head of the Labour Party, wrote a letter to his brother in which he described the prime minister’s “extreme sensitiveness to suffering.” He continued, “I remember some years ago his eyes filling up with tears when he talked of the sufferings of the Jews in Germany [and] I recall the tones in which looking at Blitzed houses – he said, ‘poor poor little homes.’ It is a side of his character not always appreciated.”

Roberts cites numerous occasions when Churchill “wore his heart on his sleeve,” and even goes as far as to say that it was Churchill’s ability to tap into his emotions that allowed him to take the risks he took in order to save the world from Nazi aggression.

“The decision to fight on against the Germans in 1940 was primarily an emotional rather than a rational one,” says Roberts, a vivid reflection of the fact that “Churchill had the moral courage necessary to cry when all around his contemporaries were keeping stiff upper lips.”

The British-born American author and optimism guru, Simon Sinek, takes it one step further: “The true price of leadership is the willingness to place the needs of others above your own. Great leaders truly care about those they are privileged to lead and understand that the true cost of the leadership privilege comes at the expense of self-interest.”

A good leader must care about those they lead and constantly worry about their welfare, to the extent that the pain of others becomes their pain, and the suffering of others causes them to suffer. It is precisely this sensitivity to the needs of others that generates superlative leadership. And indeed, it is this required leadership quality that explains a puzzling anomaly at the beginning of Parshat Mikeitz.

The portion begins with the story of Pharaoh’s dreams, which his coterie of advisors found impossible to interpret. Suddenly, out of nowhere, the royal butler remembers his erstwhile fellow convict, Joseph, who had accurately interpreted his dream and the dream of his ill-fated companion, the royal baker, when they had shared a prison cell a couple of years earlier. Joseph is quickly freed from prison, and he immediately interprets Pharaoh’s dreams – the very same dreams that had utterly baffled Pharaoh’s advisors.

Although, once Joseph has revealed the meaning of the two dreams and thrown light on how they were a forecast of Egypt’s future, Pharaoh’s advisors’ inability to interpret the dreams seems somewhat mystifying. After all, they were seasoned dream interpreters – how is it possible that they were unable to unpack the dreams that Joseph, who was no expert, interpreted so easily? Clearly the symbolism wasn’t that complicated.

Apparently, it never occurred to Pharaoh’s advisers that the dreams might be about his subjects, the ordinary folk living in Egypt, and that the events in each dream reflected events in their lives that might need his input.

Enter Joseph, the ultimate empathist. As soon as Pharoah related his dreams, Joseph recognized that they reflected his leadership role. As a leader, Pharaoh was being informed of the future successes and travails of those over whom he ruled, and that it would require him to be concerned about their welfare for the dreams to have any kind of meaningful outcome.

“Become a great leader,” Joseph’s interpretation informed Pharaoh, “and care about the lives of others.” No advisor of Pharaoh had even considered this angle, and that was why they were unable to interpret his dreams.

Being a leader can never be about your personal needs or concerns. Rather it is always about caring for others. As Margaret Mead put it: “Never believe that a few caring people can’t change the world. For, indeed, that’s all who ever have.”