CORBYN’S ANTISEMITISM IS NOT THE PROBLEM 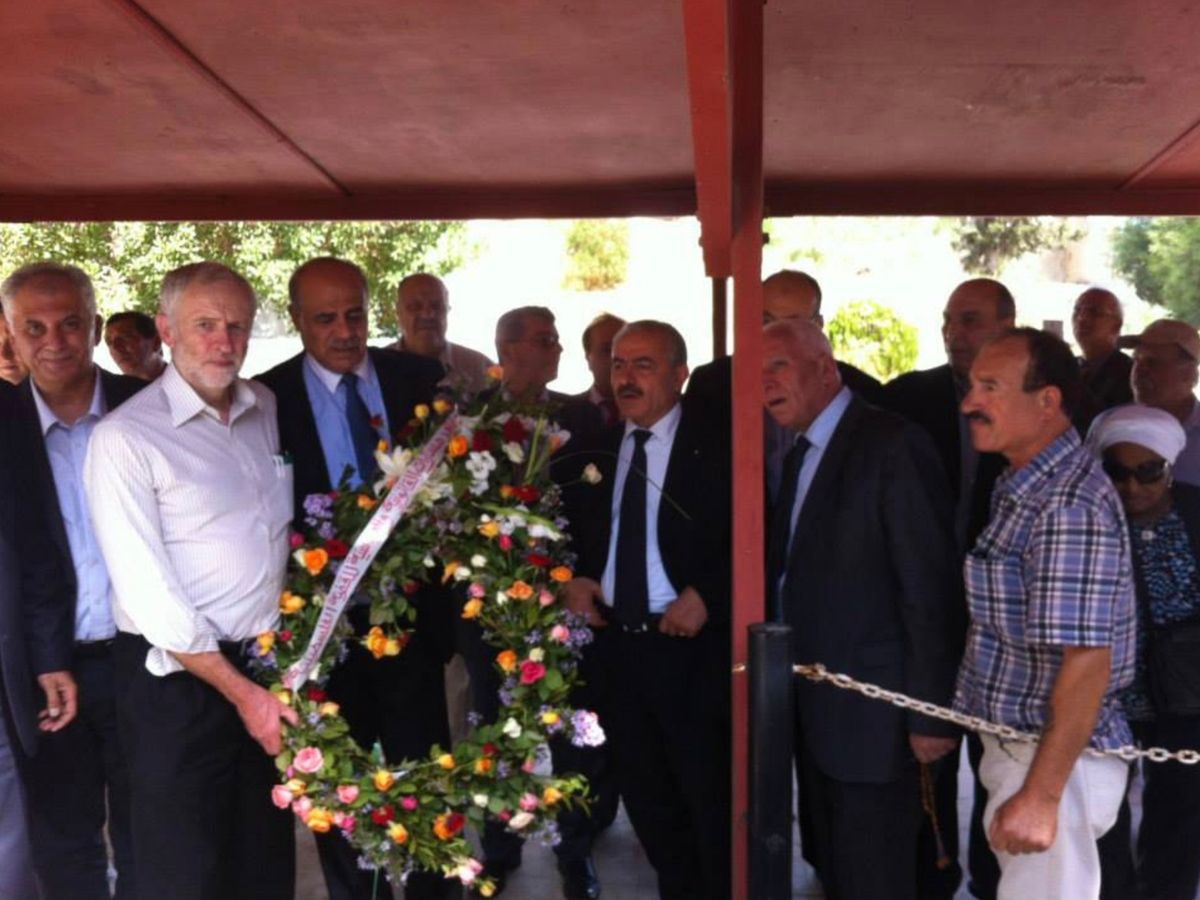 The last time I wrote about Jeremy Corbyn, leader of the UK’s Labour Party, was over two years ago.

At the time Corbyn was desperately struggling to assert his leadership after losing a no-confidence vote, an event that was accompanied by the mass resignation of his shadow cabinet team.

Remarkably, two years later he is still the leader of the Labour Party, having weathered numerous storms since 2016, the types of storm that in any normal political climate would have resulted in automatic resignation and prolonged hermitry.

But it seems that a normal political climate is no longer normal, evident from political upheavals across the western world, including the United States. The 24-hour news cycle revolution of the late twentieth century has now been augmented by the 24/7 social media phenomenon, which enables widely dispersed fringe groups to create an agenda-driven mass reaction to any given situation.

In a democratic system, where mass opinion matters, extreme views can appear mainstream, or can even become mainstream, as a result of overwhelming social media advocacy, leading to a political leadership that reflects this new reality.

But let’s get back to Jeremy Corbyn. Over the past few months, the “antisemitism row” he cannot shake off has rumbled on and gathered pace, exacerbated by seemingly endless revelations about his associations with Palestinian terrorists and murderers, and ever more furious reactions from British Jews, frightened at the prospect of this doctrinaire Israel-hater becoming Prime Minister.

With the Conservative government in complete disarray over the shambolic Brexit negotiations, and Corbyn’s support barely affected by his much-publicized history of cozying up to arch-terrorists, these fears are very real, and the alarm is far from an overreaction.

This week’s outcry centered on the discovery of photographs of Corbyn attending a wreath-laying ceremony in Tunis in 2014, honoring the Black September terrorists who kidnapped and murdered Israeli athletes at the Munich Olympics in 1972.

After the photos emerged, Corbyn initially claimed he was paying tribute to victims of an Israeli airstrike in 1985. When this excuse was challenged by the media, Corbyn claimed he did not “think he was actually involved” in any wreath-laying for the Munich terrorists.

A reporter then revealed that the photos, which show a smiling Corbyn holding a wreath surrounded by his Arab hosts, were taken directly in front of the memorial to the Munich terrorists.

Confronted by this new evidence, Corbyn seemed unfazed, and claimed, disingenuously, that he had participated in the event as part of the global fight to end terrorism: “I was there because I wanted to see a fitting memorial to everyone who has died in every terrorist incident everywhere because we have to end it.”

But believe it or not, there is so much more that is wrong with Corbyn and his fellow travelers, that this is really a minor point. And although I find Jeremy Corbyn’s views on Israel and his actions in support of Israel’s sworn enemies abhorrent in the extreme, it is not his views that concern me, as I strongly believe in freedom of speech, and in the freedom to hold and express opinions that are diametrically opposed to mine, even if they are completely warped.

Rather, I am concerned by Corbyn’s total disregard, even contempt, for the system which enables democracies to operate and thrive, as demonstrated by his embrace of terrorist murderers whose causes he finds worthy. He does not even attempt evenhandedness, and to my knowledge has never formally or informally met a representative of Israel, nor has he visited Israel, never mind been to a cemetery to pay tribute to the real victims of Middle East terror.

I would venture to say that nothing Corbyn has ever said or done has improved the life of even one Palestinian, not least because this has never been his true goal. The whole purpose of his perpetual grandstanding on behalf of fashionable causes, however extreme and reprehensible they are, is to bring about the complete collapse of the UK’s system of government by highlighting what he believes to be both its grave errors of judgement and its blind spots, demonstrating that the system is not fit for purpose.

As we have seen across the western world, iconoclasts like Corbyn are now able to harness huge public support. So much is wrong with the structures we have in place, and so many mistakes are made by those in power, that people are attracted to the kind of clean-sweep changes represented and promised by Corbyn and his ilk. But they could not be more wrong.

The Torah portion of Shoftim begins with the directive to create a judiciary, and officers of the law. We are also told how important it is to adhere to the rulings of the court system, even if they occasionally get something wrong (Deut. 17:11): עַל פִּי הַתּוֹרָה אֲשֶר יוֹרוּךָ וְעַל הַמִשְפָּט אֲשֶר יֹאמְרוּ לְךָ֖ תַּעֲשֶֹה  – “You shall act in accordance with the instructions you are given, and the ruling handed down to you.”

The Sefer HaChinuch explains that the reason we are forbidden from defying those who transmit tradition is because by totally rejecting their authority we will end up destroying Judaism. Humans are by nature argumentative and always question authority. But while there is nothing wrong with regulating the system from within, rejecting it completely on the basis of perceived mistakes will inevitably result in complete chaos and lawlessness.

Similarly, for all its flaws, the western system of government is far too precious to be undermined by root-and-branch anarchist revolutionaries like Jeremy Corbyn. In truth, his antisemitism is a distraction, just an indicator of the far more dangerous goals he has in mind.