CORBYN IS THE MOST DANGEROUS ANTISEMITE OF ALL 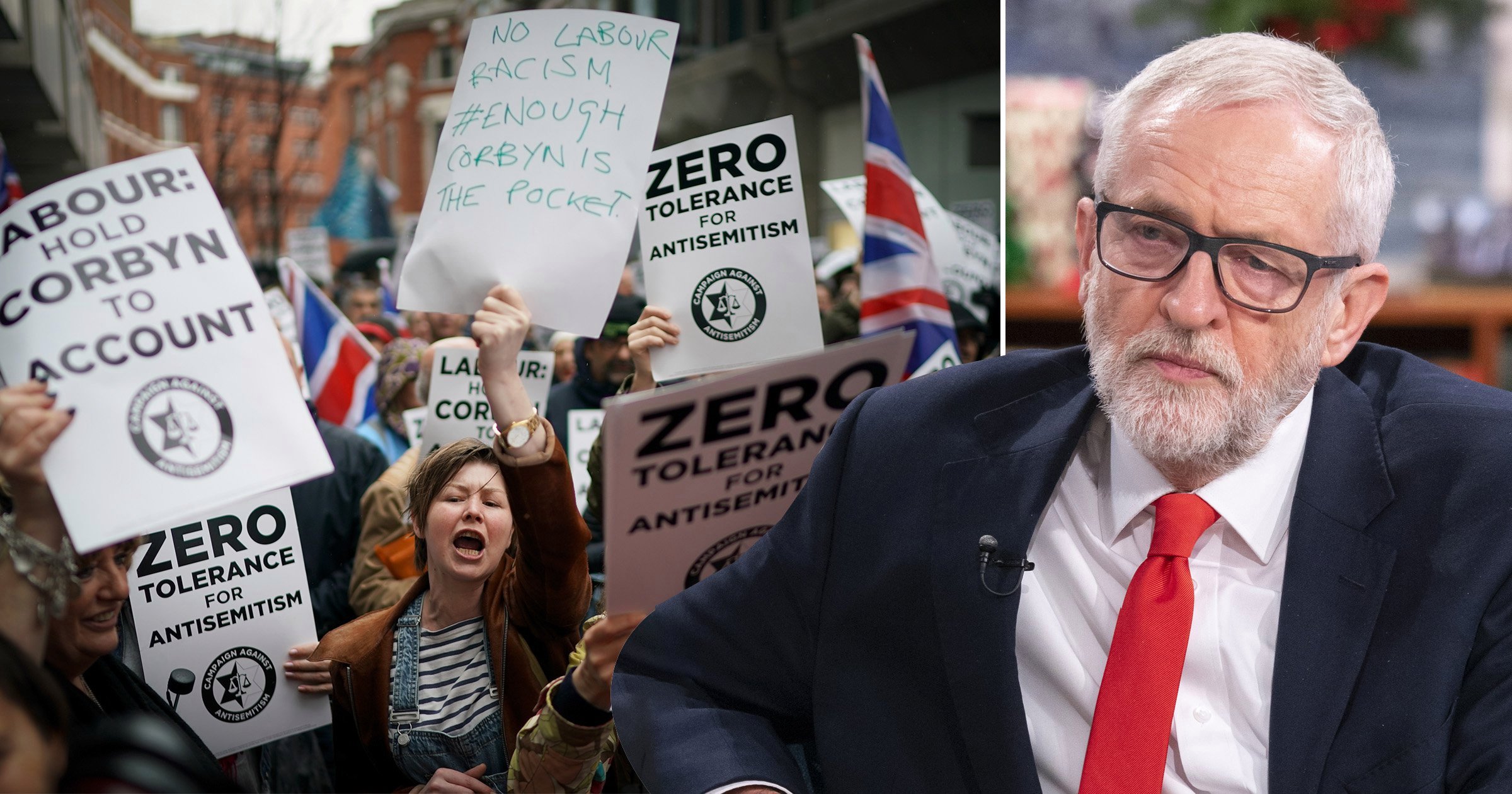 By this time next week, Jeremy Corbyn could be the newly elected prime minister of the United Kingdom. The gap in the polls between him and his primary opponent, Boris Johnson, is closing.

Even if Johnson’s Conservative party gets more votes than Corbyn, the election could still result in a “hung parliament”, which means no party has managed to achieve a majority, a situation which could also hand Corbyn the country’s leadership – if he is able to cobble together a coalition with smaller parties to form a majority government.

Ordinarily, British elections barely register in news terms for those outside the UK, and unless one has a personal interest in the outcome, it hovers indiscernibly in the background of the 24-hour news-cycle.

But this election is different. The Brexit debacle that has frozen British politics for the past three-and-a-half years is finally coming to a head, and the outcome of this election will have real and potentially damaging repercussions for a range of vested interests well-beyond the UK, and stakeholders across the globe, not just in Europe, are anxiously awaiting the result so that they can realistically plan for their future dealings with Britain.

For Jews in the UK and around the world, however, this election has very little to do with Brexit, and everything to do with the possibility that Jeremy Corbyn might become prime minister of a significant western country like the UK.

Because Jeremy Corbyn is an antisemite. It’s as simple as that.

Despite his vehement denials of any prejudice against Jews, or indeed anyone, and despite his protestations that the Labour Party he leads is devoted to fighting racism and prejudice in all its forms, Jeremy Corbyn clearly despises Jews (except, of course, those Jews who say they will vote for him, although, truthfully, he probably despises them too).

In a dossier published this week, the Jewish Labour Movement (JLM), a veteran socialist affiliate of the UK Labour Party, stunningly revealed that Corbyn “has repeatedly associated with, sympathized with, and engaged in antisemitism”.

An anonymous former member of Corbyn’s inner team told JLM that when anyone demanded for former London mayor Ken Livingstone to be excluded from Labour for his anti-Semitic comments, they were accused of a being part of a “Jewish conspiracy” and of being engaged in a “political smear campaign”.

Seamus Milne, Corbyn’s head of strategy, when he heard that a Labour member had been suspended from Labour for virulent antisemitism, asked to have the suspension overturned on the grounds that she was “on friendly terms” with Corbyn.

What strikes me most about Corbyn and the accusations of antisemitism is his insistent denials, as if we are all too stupid to interpret the evidence.

In a 2009 speech in London, Corbyn described terrorist organizations Hamas and Hezbollah as his “friends”, and although he later claimed to regret his statement, he has been openly friendly with Islamic extremists throughout his decades-long political life.

His assertions that one has to engage with those one disagrees with in order to facilitate solutions ring very hollow; I am not aware that he has ever met with Binyamin Netanyahu, nor even representatives of Israel’s Labor party or mainstream peace camp activists, at any stage of his political life. He has certainly not gone on the record to call them his friends.

In 2012, Corbyn attended a conference in Qatar which included two Palestinian militants recently released by Israel in exchange for a captured soldier: Abdul Aziz Umar, convicted in Israel for his role in a 2003 suicide bombing in Jerusalem in which seven people were killed, and Husam Badran, a former head of Hamas’ military operations who planned suicide bombings which killed more than 100 people. Corbyn found their contributions at the conference “fascinating and electrifying.”

The most insidious threats always come from people who deny that they pose any threat.

If someone tells you how honest and straightforward they are, think twice before you invest any money with them.

If someone tells you how easygoing they are, be aware that they are probably very sensitive, and just watch your p’s and q’s.

The effort to lull people into a false sense of security is as old as history itself, and the archetype villain masquerading as an upstanding person is none other than Laban, uncle and father-in-law of Jacob, whose duplicity is recorded in Parshat Vayeitzei.

After Jacob completes seven years of working for Laban in return for his daughter Rachel’s hand in marriage, in an act of extraordinary deceit Laban decides to give Jacob his other daughter Leah instead.

But when he is confronted by Jacob, instead of admitting he has done something wrong, he simply dismisses the accusation as unfounded – “this is the way we do things here, the older daughter marries before the younger one,” he tells Jacob, implying that Jacob had completely misread the situation.

Rather than acknowledging his misdeed and apologizing, Laban pretends that his contemptable behavior had been misunderstood, and protests his innocence.

At Seder night on Passover we recall Laban’s attempt to destroy the Jewish nation, which seems rather strange if one considers that the purpose of the night is to record the thwarted genocidal intentions of Pharaoh and Egypt many hundreds of years later.

One explanation is that on a night devoted to Jewish survival, we should not just be focusing on obvious enemies, like Pharaoh, but also on deceptive enemies, like Laban, who act against us while insisting they are our friends, with only our best interests at heart.

Jeremy Corbyn, should he ever become prime minister, will undoubtedly continue to maintain that he loves Jews, and is doing everything in his power to prevent anything bad from happening to the Jewish community. But like Laban before him, he is not to be trusted.

Let us just pray that he never gets into Downing Street.