CONVERSION, JABOTINSKY, AND THE IMPORTANCE OF UNITY 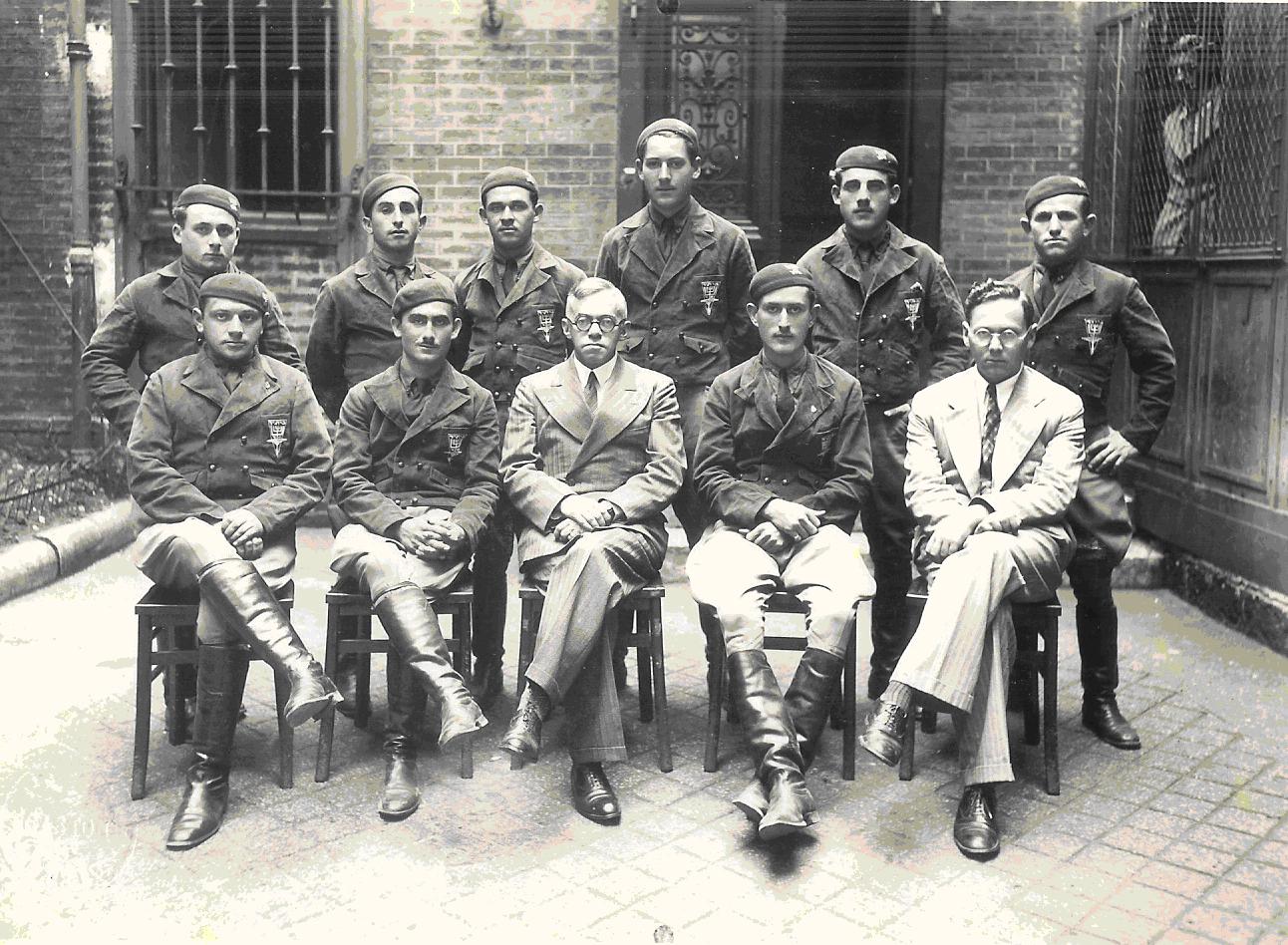 This week, a furor erupted over the establishment of a new conversion court in Israel.

The court was opened with the blessing and cooperation of some of the giants of Religious Zionism. Rabbis Shlomo Riskin, Nahum Rabinovich, David Stav, and Yaakov Medan have forcefully declared their support for this innovation, citing the Chief Rabbinate’s refusal to be flexible on the issue of conversions, which has resulted in thousands of immigrants of the former Soviet Union living in Jewish-status limbo.

Other key Religious Zionist rabbis – such as Rabbis Dov Lior and Chaim Druckman – have come out in opposition to the move.

Proponents are framing the new Bet Din as a focused attempt to weaken the controlling influence of the haredim over religious affairs in the State of Israel. They claim that the political situation makes it impossible to find an acceptable solution within the infrastructure of the Chief Rabbinate, and that desperate problems require desperate measures.

My heart is with them, but something about this saga really disturbs me, and notwithstanding their frustration, and the justice of their cause, my own view is that it is a very bad move that could mark a negative watershed in the unfolding story of our one and only Jewish country. Sometimes, even when one is in pain, it pays to take a long view. Decisions taken in the heat of the moment have repercussions that reverberate long afterwards.

This week we marked the 75th anniversary of the death of Vladimir Zev Jabotinsky, the founder of Revisionist Zionism, who died suddenly at the age of 60 while on a visit to the United States.

Many adjectives have been used to describe Jabotinsky – visionary, revolutionary, agitator, fanatic, true Zionist – some of them accurate, others not. One thing about him that is not so well known is that he believed in the primacy of Jewish unity. When the Jewish nation faces a choice between the destructive force of internecine conflict, or compromise, compromise must always prevail.

Jabotinsky is widely remembered for advocating a ‘Greater Israel’, to include Transjordan, which often leads to him being portrayed as an anti-Arab racist. What he actually believed was that it would be “utterly impossible to eject the Arabs from Palestine – there will always be two nations in Palestine – which is good enough for me, provided the Jews become the majority.”

He was reviled by the left in his lifetime, and is reviled by them now, despite his ceaseless efforts to reconcile with his nemesis, David Ben Gurion, culminating in a series of secret meetings in London in 1934, dramatized a couple of years ago in a play by the Israeli writer, A. B. Yehoshua.

His principle disciple was none other than Menachem Begin, later the first non-socialist Prime Minister of Israel. In 1948, David Ben Gurion ordered the nascent IDF to fire on ‘Altalena’, an Irgun ship carrying badly needed arms for the battle against the Arabs intent on destroying the Jewish State before it even got off the ground. Thirty-two people were killed – all Jews – and a civil war between Revisionist Jews and Socialist Jews seemed inevitable.

But Menachem Begin refused to get sucked into internecine conflict – as Jabotinsky’s disciple he understood that the unity of the Jewish people was simply too important, and that compromise was the preferred choice. He ordered his followers to hold their fire and the Irgun pledged allegiance to the IDF – the same IDF that had killed their comrades. Begin would later say: “my greatest accomplishment was not retaliating and causing civil war.”

This week Israeli police arrested extremist Jews who are allegedly behind terrorist attacks against Arabs in an attempt to foment violence between Arab and Jew. In an article for the New York Times, Naftali Bennet wrote: “Israel is under attack. This time the threat is not from Iran, Hezbollah or Hamas. It comes from a fringe group within Israel, which needs to be eradicated swiftly and forcefully.”

One might have expected Bennett, who is an emphatic mouthpiece of the right wing nationalist movement in Israel, to defend or at least find an excuse for these individuals. But he understands that rather than furthering the cause of Jews and Zionism, these murderers are a danger to Jews, Judaism and Israel. A commitment to unity is far more important than supporting individuals whose view you sympathize with, but whose methods will ultimately destroy everything you hold dear.

In the Torah portion of Re’eh we read about false prophets and how they must be ignored and excised from the community. What is interesting is that the Torah refers to these people as ‘prophets’, who operate from within ‘your midst’ (Deut. 13:2): כִי יָקוּם בְקִרְבְךָ נָבִיא אוֹ חֹלֵם חֲלוֹם וְנָתַן אֵלֶיךָ אוֹת אוֹ מוֹפֵת  – ‘when there arises in your midst a prophet or a dreamer of dreams who presents you with a sign or a miracle.’

The danger to Jews is not from the outside, but from within. No outside enemy can ultimately undermine us. We do more harm to ourselves than any of our enemies could ever do. Our only hope is unity, achieved on the basis of compromise. If we remain one people God will stay at our side. The greatest enemies of Jews are Jews. And if any Jews threaten Jewish unity they must be stopped. The alternative is disaster.

I urge all those behind the new conversion courts to reconsider. You are undermining our unity. And to those who sympathize with their cause I say this: hammer away at the Chief Rabbinate until you succeed, which you ultimately will. Menachem Begin remained in the opposition for almost thirty years before he became Prime Minister.

Perfect solutions require patience and endurance, not rash decisions and grandstanding. Dismantle these new courts and work with the system. It is the only way we can succeed as a people, and that Israel can succeed as a country.

Photo: Vladimir Zev Jabotinsky in Paris, France, 1934, together with a group of Beitar cadets. (Wikimedia Commons)