BEING REMINDED OF OUR BLESSINGS 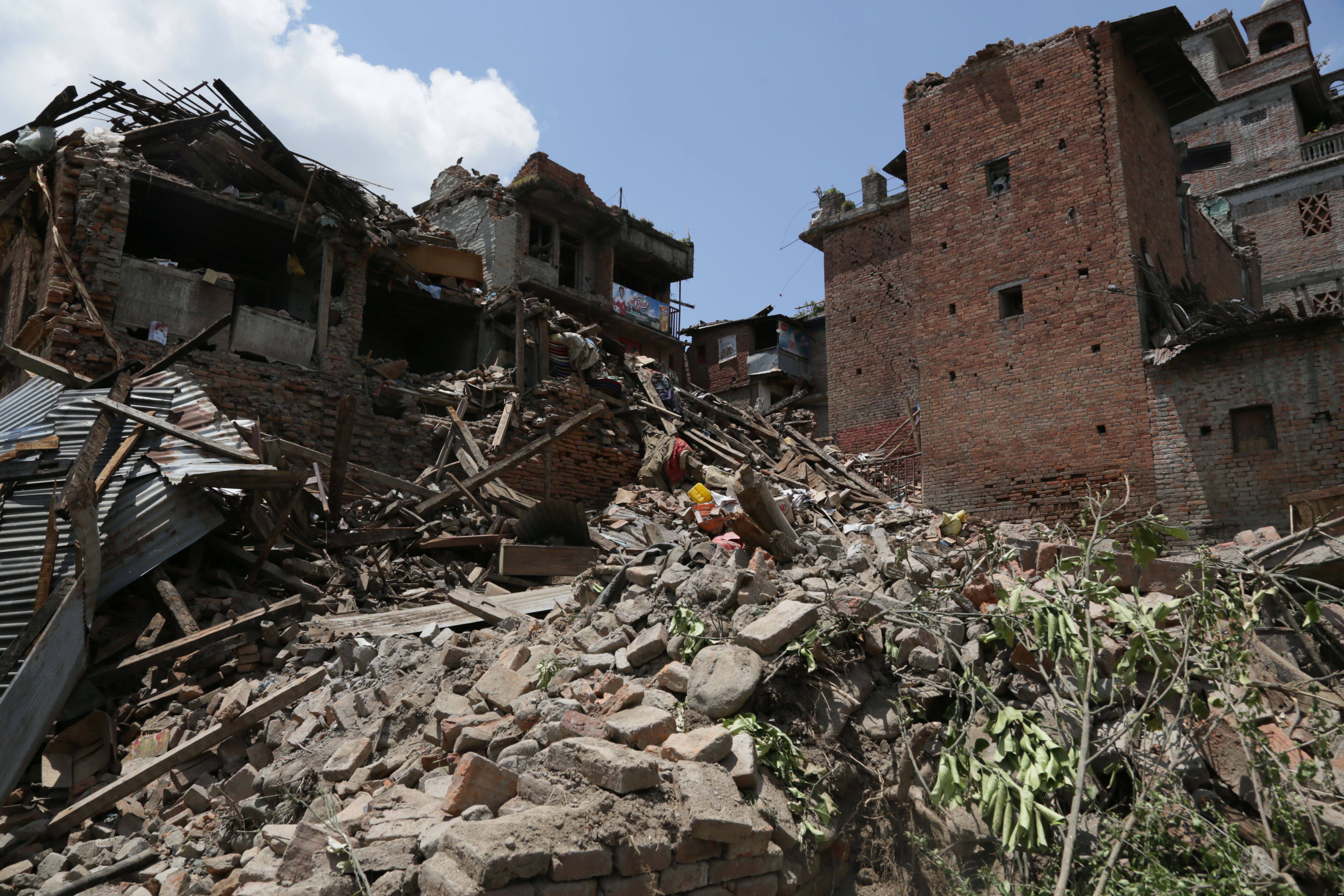 Sometimes we are exposed to such utter devastation, such stark despair, that we are compelled to feel grateful that our own lives are stable and secure by comparison.

Our daily worries and concerns, so petty and pathetic, fade into the background, and our self-indulgent gripes about a ‘hard life’ seem entirely overstated.

I experienced such a moment this week when it was reported that a second massive earthquake – measuring 7.3 on the Richter scale – had hit Nepal, following on from the first one just a couple of weeks ago – that one measuring 7.8 – which already devastated the country, as well as nearby Tibet and India, killing thousands, and devastating tens of thousands of lives, no doubt for many years to come.

But are our lives actually so stable and secure?

Living in California, where minor tremors and quakes occur fairly frequently, we find ourselves particularly sensitive to this news story.

In early March, a group of scientists published the ominously named ‘Third Uniform California Earthquake Rupture Forecast’, a report that declared the chances of an earthquake measuring 8 or more hitting California had gone up by more than 50% over the past 7 years.

In an interview for the LA Times, seismologist Ned Field, the lead author of the report, put it very bluntly: “You live in earthquake country,” he said, adding, “and you should live every day like it’s the day a “Big One” could hit!”

Not a reassuring thought. After all, what are comfortable lives really worth if such incredible devastation could so easily occur? All of us who live in this part of the world are thrilled with the Southern Californian life. It is a location packed with opportunity, and with every kind of amenity.

And the weather! Where is there weather better than in Southern California?

But – if you will permit me to reverse a familiar colloquialism – every silver lining has a cloud. In just a few short minutes the idyllic world we all take for granted could be overturned, as it has been for the citizens of Nepal.

So how are we meant to transform this ever-present looming disaster into a meaningful life lesson? I believe the answer lies in an anomaly at the heart of one the Torah portion of Bechukotai.

The portion begins with eleven verses that describe how God will respond if we observe His mitzvot. We are promised peace and prosperity, and protection from our enemies. Most of all we are promised that God will dwell in our midst.

But these assurances are immediately followed by one of the bleakest series of verses in the entire Torah.

Beginning with the words: וְאִם לֹא תִשְמְעוּ לִי וְלֹא תַעֲשׂוּ אֵת כָל הַמִצְוֹת הָאֵלֶה – ‘if you do not listen to Me, and do not observe all of my commandments’, it goes on to describe some of the most dreadful things that can ever befall human beings in particular, and societies in general.

What is so striking about this section of the Torah is that while the benign promises of good fortune take up just eleven verses, the horrors of the ‘tochacha’, or ‘rebuke’, as it is known, take up thirty verses – almost three times as much space.

The medieval commentator R. Abraham Ibn Ezra remarks that this disproportionate focus seems out of sync with our understanding of God as compassionate and kind. Why would God go into such vivid detail to describe how our lives could go horribly wrong, and yet spend so little time focusing on how He might reward our positive efforts with a peaceful and abundant existence?

Moreover, where are the promises of Heavenly benefits for fulfilling God’s expectations during our physical lives?

There are numerous answers to this puzzling question, almost all relating to the psychology of the human condition. Let me share the one I find the most compelling.

It is evident to anyone who believes in God that even the most wonderful life in this world pales into insignificance when compared to the gift of Heavenly bliss.

The fact that we may be lucky enough during the course of our limited physical lives to discharge our duties as humans and as servants of God will only be because we have been enabled to do so without the manifold distractions and disruptions that can occur, which would prevent us from doing what we need to in terms of our spiritual journey.

Perhaps this Torah section is not a record of reward and punishment. Perhaps it is a window, allowing us to appreciate the circumstances that will enable us to achieve our true purpose, alongside the manifold circumstances that would do the opposite.

So many things can occur during a person’s life that might prevent that person from being who God wants them to be. So God spells it out. The abbreviated ‘reward’ section of the parsha is not about reward. It is a basic record of the type of life that will allow us to serve Him with ease. The elongated ‘punishment’ component is not about punishment. It is there to remind us of all the countless hazards, which, if they occurred, would result in our lives falling apart.

God is prompting us not to waste a second of the fragile time during which serving Him is simple and straightforward. He is telling us that although the “Big One” could happen at any minute, we must not focus on that depressing thought. Instead, focus on today – a day with no distractions or hindrances. Focus on what you can do right now to ensure you have fulfilled His expectations.

And hopefully, being conscious of the many things that could go wrong will lead to a greater appreciation of the wonderful life we all enjoy.