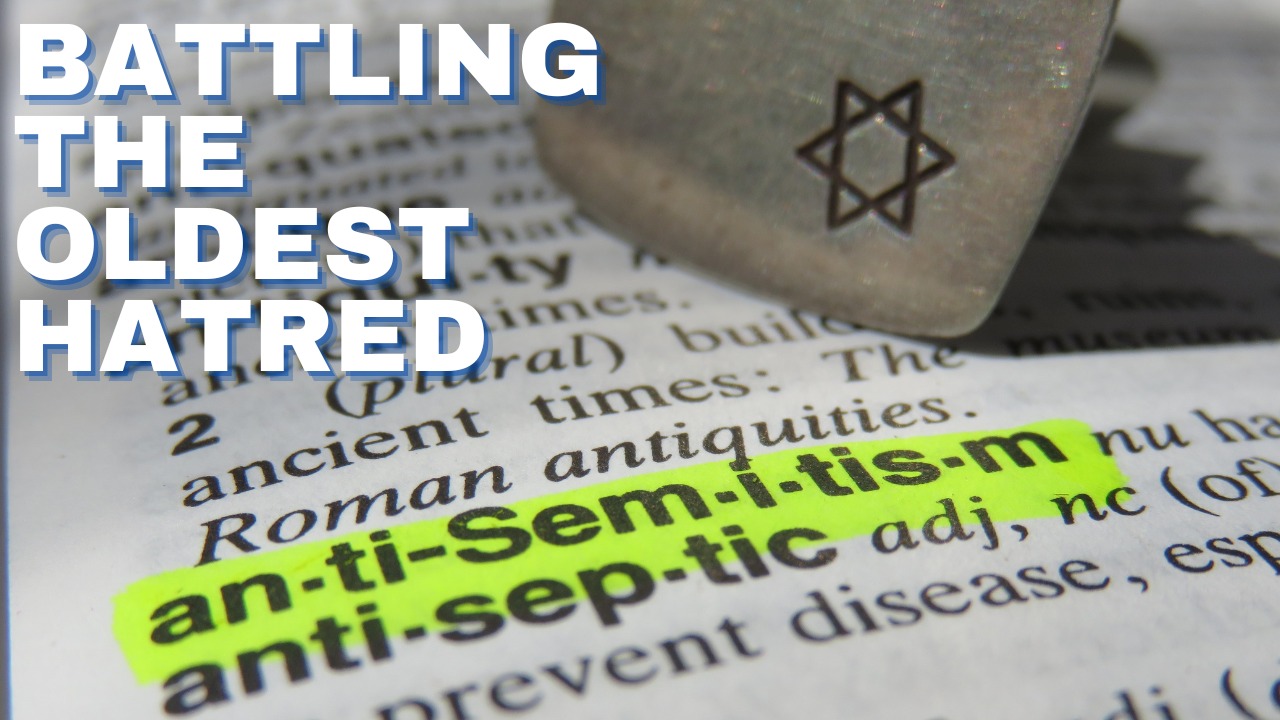 It’s been a busy couple of months for antisemitism. It all began in early October, after Fox News aired Tucker Carlson’s rather strange interview with Kanye West. Rumors swirled that Kanye had said some outrageous things, including antisemitic remarks, but Fox News had chosen not to air them. Of course, those segments emerged anyway – which prompted Kanye’s bizarre tweet that he would go “death con 3 On JEWISH PEOPLE.”

After being challenged across the board, and initially offering an apology of sorts during an interview with Piers Morgan, Kanye went on to amplify his offensive antisemitic opinions in subsequent interviews and social media postings – which soon saw him being permanently discarded by his brand backers, including Balenciaga, Gap, and Adidas. The final straw for Kanye’s associates was the alarming sight of an antisemitic group that hung banners supporting Kanye’s antisemitism on a bridge over the I405 in Los Angeles.

Since then, things have deteriorated even further. Former president, Donald Trump, still a leading figure in the Republican party, met for lunch with Kanye and his friend, the Holocaust-denying white supremacist Nick Fuentes. To make matters even worse, in an interview with the reprehensible Alex Jones, Kanye said that he liked Hitler and loved Nazis. Even Jones was taken aback, responding, “well, I have to disagree with that.”

But as shocking as it all is, the fact is surely this: Kanye, despite being a billionaire who has millions of admirers and fans, is essentially a freakshow and a sideshow – a former rapper offering some flash-in-the-pan froth for the rolling 24/7 story-hungry media world.

Well, that is what one might have thought. But as it turns out, Kanye is merely the very visible symptom of a world that has become hopelessly infected by fringe conspiracy darkness that has antisemitism had its core.

The mainstreaming of antisemitism in the western world, and particularly the United States, is one of the most worrying developments of my lifetime. It was inconceivable even a decade ago. Suddenly, suggesting that Jews are evil and the cause of evil is no longer confined to the margins. Kanye West is a powerful influencer, with a devoted following.

More worryingly, he is the out-of-control, unfiltered mouthpiece for what is obviously a deep-rooted antipathy towards Jews that is much wider and deeper than any Jew was aware. And if left unchecked, this surge of antisemitism will have real consequences for Jews in the U.S. and elsewhere across the world.

The recent surge of antisemitism has not emerged entirely out of the blue. In the UK, the Labour Party, one of the two parties of power in UK politics, was for a time controlled by an alarming array of antisemites, headed by the dreadful Jeremy Corbyn. Labour’s defeat at the polls in 2019, and the subsequent collapse of Corbyn’s cadre of retrograde Jew-haters, was welcomed with a sigh of relief by British Jews.

But it always pays to be aware that every aberration, even those which are successfully aborted, sets a precedent. When a wall has been breached once, there is every chance it will be breached again. The forces of evil don’t give up after their first defeat, or indeed after any defeat. The only chance we have to beat evil is for the forces of good to be more relentless, and for those who are good to be constantly conscious of evil’s extraordinary resilience.

The forces of good don’t have to agree with each other on every issue, and their minds do not have to meet on every controversial topic. That’s totally fine. But the forces of good do have to come together as one whenever evil is obvious and overt – and on the rise, as it is now – and they must condemn it unequivocally.

This week, “second gentleman” Doug Emhoff – Jewish husband of Vice President Kamala Harris – hosted a roundtable discussion at the White House on the rise of antisemitism in the United States. He told attendees that we are facing an “epidemic of hate,” adding that “people are no longer saying the quiet parts out loud, they are screaming them.”

And I was very encouraged this week by the response from prominent representatives of the black community to Kanye’s torrent of antisemitic abuse, particularly because the black community, as one might expect of a minority community, often closes ranks when one of their own comes under fire.

Van Jones, the highly respected political commentator, spoke at a New York Jewish Federation dinner, telling guests that “the reason this country is a democracy at all is because Black and Jewish people have loved each other, and helped each other, and supported each other, and stood up for each other.” Rev. Al Sharpton said that Kanye’s antisemitism was “intentional,” and he told me that he was “deeply concerned” about the current situation.

Rashi’s commentary on the Torah portion of Vayishlach – which recalls Jacob’s meeting with his estranged brother Esau after many years – makes reference to the Talmudic sages’ most famous mantra regarding antisemitism: וַהֲלָכָה הִיא בְּיָדוּעַ שֶׁעֵשָׂו שׂוֹנֵא לְיַעֲקֹב – “it is a well-known law, that Esau hates Jacob.”

Some commentaries see this statement almost in prophetic terms – namely: it is inevitable that gentiles, as descendants of Esau, will always hate Jews, and they will hate the Jews for eternity. But other commentaries have rejected this interpretation as overly simplistic and simply untrue.

Rabbi Yosef Eliyahu Henkin (1881-1973) dismisses the concept of eternal hatred as utterly ridiculous, and suggests that this Midrash is simply referencing the personal animosity that Esau felt towards Jacob, and it has absolutely no bearing on posterity.

Others see this Midrashic declaration as a warning regarding the existential dangers facing descendants of Jacob – the Jews, who hang on to and cherish their identity. As representatives of good, the Jews will always be the targets of evil – as represented by the biblical concept of Esau – and no amount of effort will ever completely prevent “Jacob” from being attacked by “Esau.”

My own view is that the Jewish community has many close friends in the gentile world, proven in their friendship and in their commitment to that friendship. In recent history, there has not been a moment where these gentile friends have been more needed.

If the forces of Esau are to be vanquished as they flourish and bloom, it will only be because all those who subscribe to the forces of Jacob speak out with a full voice, uninhibited by equivocation and hesitation. And the future of the western world may well depend on those voices being heard, loud and clear.