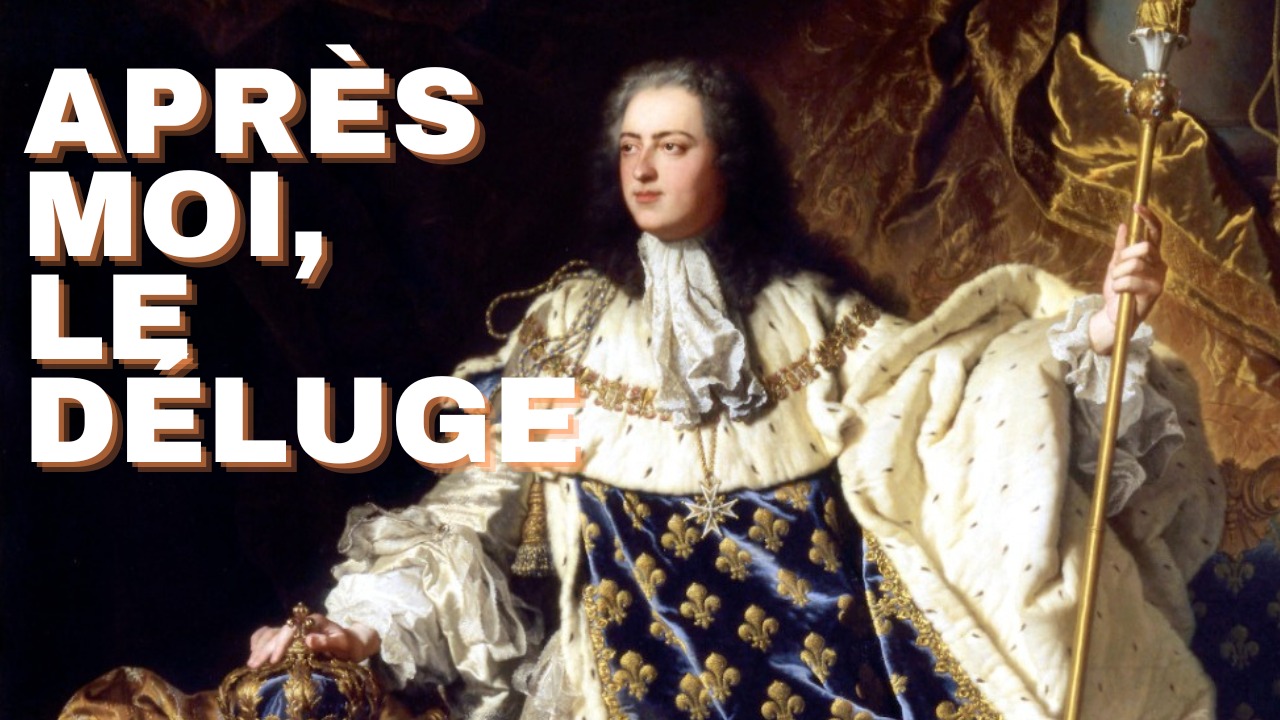 The Seven Years War of 1756-1763 was a brutal international military conflict that saw a total realignment of European strategic alliances, creating the foundation for the Napoleonic wars that followed, and even – according to some military historians – the two world wars of the twentieth century. Sir Winston Churchill called the Seven Years War “the real first world war.”

Early on during the conflict, in 1757, the French army suffered a devastating defeat at the hands of the Prussians. To add insult to injury, the military encounter, which later came to be known as the Battle of Rossbach, saw over 41,000 soldiers loyal to France routed by just 22,000 Prussians serving under King Frederick the Great (1712-1786).

The king of France was Louis XV (1710-1774), one of the longest serving monarchs in history. Louis XV was also the last reigning monarch of the House of Bourbon whose rule over France extended until he died; his grandson and successor, Louis XVI (1754-1793), was removed from his royal position by the French Revolution, and executed soon afterwards.

The French defeat at Rossbach came just a few months after a shocking assassination attempt on Louis XV by Robert-François Damiens, a disgruntled domestic servant, who had attempted to stab the king to death as he entered his carriage at Versailles.

In the wake of these two jarring events, the king – sensing impending doom for his monarchy and an end to the existing order – wryly commented to one of his courtiers, “après moi, le deluge” (“after me, the flood”).

His prediction proved prescient. Republicanism, which had gained momentum during his reign, gripped France after his death, and the “flood” – when it came in 1789 – ravaged France for decades.

Historians have tried in vain to establish whether the French monarchy was unpreventably doomed, or whether, had he behaved differently, Louis XV could have ensured the survival of the Ancien Régime – the French political and social system that had dominated France from the Middle Ages.

Either way, his dismissive attitude, perfectly epitomized by his nihilistic “flood” remark, was a critical component of the culture that ultimately led to the unravelling of the French monarchy. His abiding concern appeared to have been for his own circumstances to be preserved until his demise – and whatever happened afterward didn’t matter, at least not to him.

There is a remarkable parallel to Louis XV’s remark in Jewish history, with a twist. Every year, after reading Parshat Va’etchanan on the Shabbat after Tisha B’Av, the Haftara we read is from Isaiah, and it begins with the verse (Isa. 40:1): נַחֲמוּ נַחֲמוּ עַמִּי יֹאמַר אֱלֹקיכֶם – “comfort, oh comfort my people, says your God.”

This verse opens a scriptural reading that is the first of seven weekly extracts from the prophets aimed at pacifying us with words of hope and encouragement after the annual period of mourning that culminates with a fast commemorating the destruction of not one, but two Temples in Jerusalem. And in this first verse of the seven readings, God promises to personally comfort and console us, even in the midst of the most horrific circumstances.

But there is something missing from this picture-perfect Divine promise – namely, that it comes on the heel of one of the most devastating leadership let-downs in Jewish history. In the previous chapter, Isaiah informs King Hezekiah how he had been told by God that in the future “everything in your palace, which your ancestors have stored up to this day, will be carried off to Babylon; nothing will be left behind.” And, as if that’s not enough, Isaiah adds: “and some of your sons, your own issue, whom you will have fathered, will be taken to serve as eunuchs in the palace of the king of Babylon.”

Hezekiah’s response to this shocking prophecy is nothing short of stunning: “The word of God is good,” he told Isaiah – כִּי יִהְיֶה שָׁלוֹם וֶאֱמֶת בְּיָמָי – “as long as there’s peace and security in my lifetime.” He might as well have said “après moi, le deluge.” For that’s exactly what happened.

Manasseh, Hezekiah’s son and successor, murdered Isaiah – who was his maternal grandfather – soon after inheriting the kingdom, and he also initiated a century of decay and disintegration that eventually led to the destruction of the Jerusalem Temple in 586 B.C.E., as well as the humiliating Jewish exile to Babylon predicted by Isaiah.

In his seminal Malbim commentary, the nineteenth-century rabbinic scholar, Rabbi Meir Leibush Weiser (1809-1879), attempts to mitigate Hezekiah’s seemingly callous disregard for his subjects, and even for his own family, by suggesting that Hezekiah hoped and believed things would change for the better, and that the nation would repent. Even the most dire prophecy can be overruled via the medium of repentance.

But this interpretation feels overly apologetic, and the most generous-spirited translation of the text falls far short of this analysis. Hezekiah’s smug egocentricity is exactly what it seems – highlighting the dangers of a leadership which is rotten at its very core.

The medieval French biblical commentator, Rabbi Joseph Kara (1065-1135), is utterly scathing. “Hezekiah should have sought mercy for Israel – who had been condemned to exile in Babylon – but he didn’t.” Instead, the king expediently abandoned his duties as a responsible and caring leader, and can justifiably be judged harshly for unsympathetically disregarding those who were relying on him for a secure future.

But here comes the twist: the Jewish nation is not confined to the leadership of mortals –because we have God. And to make that exact point, the next chapter launches with the words “nachamu nachamu ami” – “comfort, oh comfort my people, says God.” Even when your most trusted leaders abandon you, God is telling us, I will still be here for you.