WHAT REALLY WENT ON IN A CITY OF REFUGE 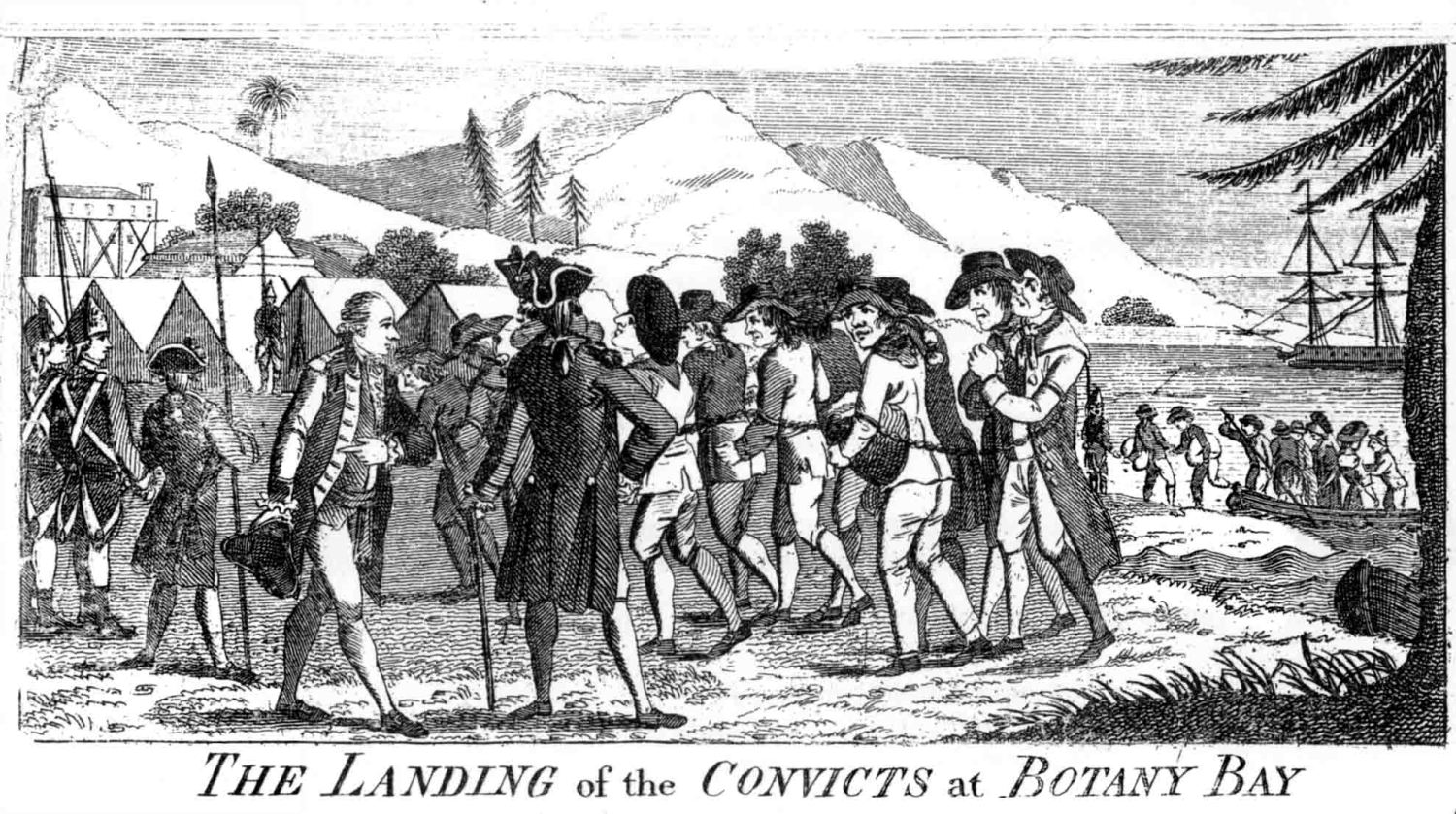 Following the loss of their American colonies in 1776, Great Britain was forced to find alternative locations for its various colonial enterprises, one of which was the mass deportation of convicts to ‘penal colonies’ in distant geographic locations.

Historians estimate that approximately 50,000 convicts were dispatched to colonial America during the decades before independence – amounting to at least one quarter of all the British immigrants to America during the 18th century.

Serendipitously, the loss of the American colonies coincided with the formal colonization by Great Britain of a large landmass in the Southern Hemisphere called Australia. The first shipment of convicts arrived there in 1788, and by the time the last shipment of convicts landed there eighty years later, the total number of convicts who had been sent to Australia numbered an astounding 162,000 men and women.

The popular myth is that all “real” Australians are descended from these convicts, and although this notion is a misconception for reasons beyond the scope of this article, I have nonetheless always wondered why so few of them went back home.

Why would they have stayed in Australia, a vast prison country thousands of miles from home? Did they not have families to go back to?

I decided to research the topic, to see what I could find. The truth of the matter, I discovered, is rather more prosaic and straightforward than I had imagined.

For most of the convicts returning to England was not an option, either because their “freedom” was limited to Australia, or because they were unable to afford the passage home.

In any event, Australia offered them greater opportunity, particularly as their prospects back home as former convicts was quite limited. In short, staying in Australia was the better option, even if – in a perfect world – they really desired to get back home.

The reason I was drawn to this subject was a curious Talmudic source based on a verse in the Torah portion of Massei. The subject under discussion is someone who is convicted of the biblical version of manslaughter. This inadvertent murderer is compelled to live out his days in a “city of refuge”, ostensibly to escape the life-threatening intentions of vengeful family members of his victim, by law allowed to kill him if he strays beyond the city’s municipal boundaries.

City-of-refuge exile was not strictly speaking a life sentence. There was one event that enabled the convicted killer to go back home – if the presiding High Priest of Jerusalem’s Temple died (Num. 35:28):

The Talmud (Mak. 2:6) records an extraordinary consequence of this law: “the mothers of the priests provided food and clothes [to the residents of cities of refuge], so they would not pray for their sons to die.”

There is so much that is puzzling about this jarring image of the High Priest’s aging mother taking care of numerous convicted felons in multiple cities, to prevent their prayers shortening her son’s life, that its bland inclusion in the Talmudic text literally screams out for an explanation.

The sages of the Gemara who expound on this Mishna are more concerned as to why the death of a High Priest would be the mandated trigger for the freedom of a convicted killer, and ignore the reference to attempts by his mother to mitigate the situation, leaving this for later commentators to reflect upon.

The question that particularly occupied me – the one that led me to research the Australian convicts phenomenon – was this: did the High Priest’s mother really believe that someone whose freedom had been curtailed would be swayed by some home-baked apple pies and a scarf to warm them in the winter, to drop their natural desire to be free and return home?

I understand that desperate situations call for desperate measures, and of course a mother will try anything to protect her child, however far-fetched and hopeless her efforts may seem to be to an objective outside observer – but that is hardly a sound reason for her actions to be included in a Talmudic discussion about the law!

The enigmatic Hasidic leader, Rabbi Menachem Mendel of Kotzk (1787-1859), is purported to have once told his followers that when he prayed for them not to sin, it wasn’t their sinning that concerned him, rather it was the fact they had the time to sin. He prayed that their schedules should be so packed with Torah study and the performance of mitzvot, that there would simply be no time left for them to sin.

One of the ironies of the cities of refuge was that they were centers of Torah study. In addition to the fact that they were led by the Levite tribe, who were the Torah scholars of the nation, the Talmud rules that each convict needed to bring his rabbi with him, and, if necessary, his scholarly colleagues, so that his Torah study would not suffer as a result of his conviction and exile.

Whatever we are to make of this quite incredible requirement, it certainly reinforces the idea that Torah education can never be abandoned, or shunted aside – even if someone is forced to live in a city of refuge, where other aspects of his life undoubtedly act as a distraction. Rather than treat the forced relocation as a personal disaster, it must be viewed as an opportunity.

The mother’s gifts of food and clothing may or may not have made a difference to the lifespan of her son, but its inclusion in the Talmud conveys the idea that prolonging a convict’s time in the city of refuge was a positive thing, an opportunity to spend more time in a positive Torah-infused environment.

The message is subtle but simple – if an opportunity for Torah study opens up, however incongruous it may seem to be, don’t waste it.

Photo: ‘Landing of Convicts at Botany Bay’ from Watkin Tench’s ‘A Narrative of the Expedition to Botany Bay’, 1789