AN EDUCATION IN JEWISH EDUCATION 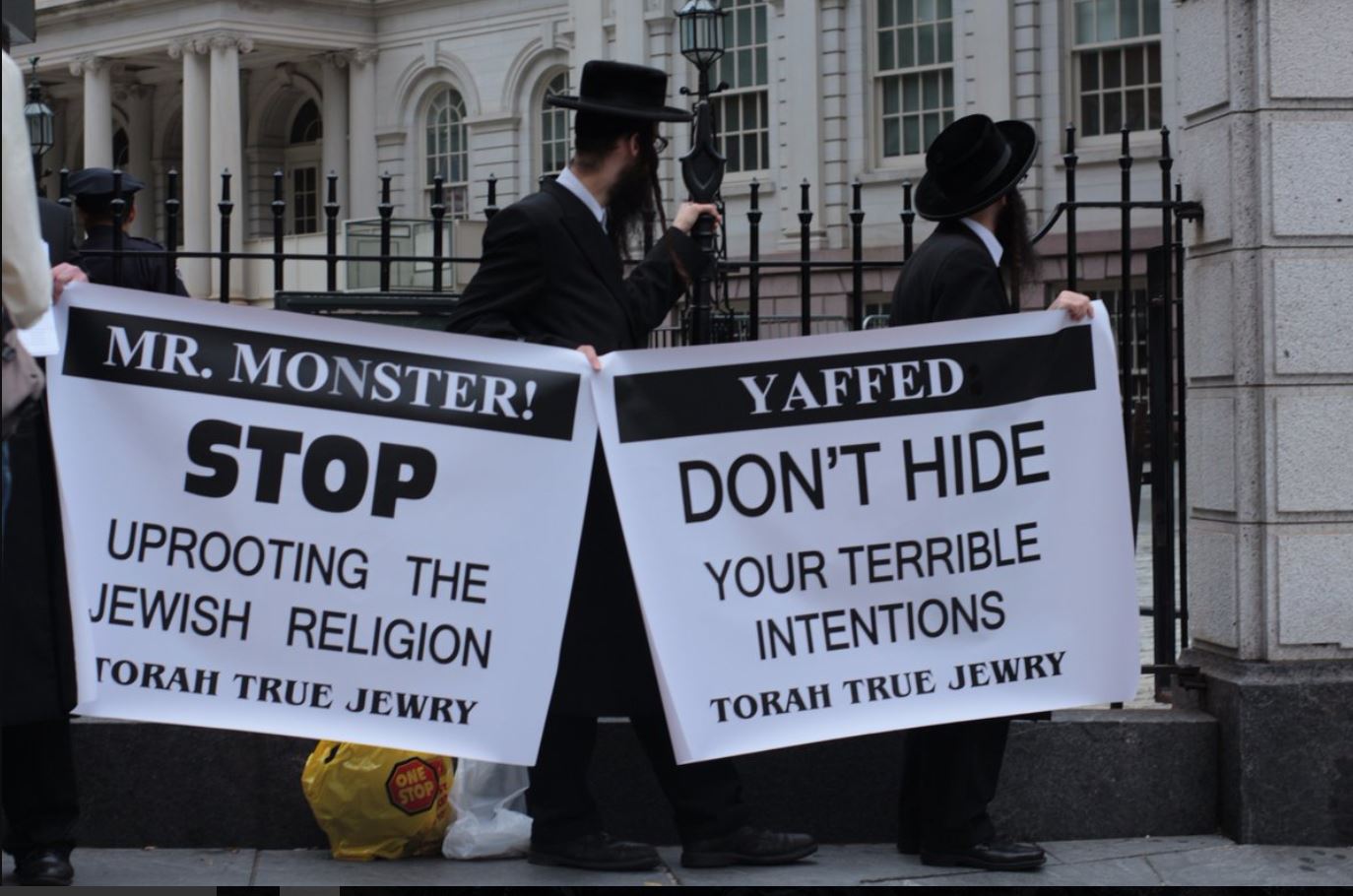 You will probably have heard about the controversy over general studies at Orthodox Jewish day schools that has erupted in New York over the past few weeks.

Actually, this is a story that has been brewing for more than three years. In July 2015, fifty-two former yeshiva students, themselves parents of yeshiva students or former teachers at yeshivas, signed a letter that was sent to seven district superintendents in Queens and Brooklyn, and also to the New York City Schools Chancellor Carmen Farina.

The letter expressed “deep concern” about “the poor quality and scant amount of secular education” at the 39 schools in New York to which the signatories were affiliated. The central allegation was that these yeshivas failed to meet New York state laws that require all nonpublic schools to provide a “substantially equivalent” education to public schools.

As a result of the letter, New York mayor Bill de Blasio launched an investigation into a range of yeshivas in New York’s five boroughs – institutions that serve some 57,000 students. But the investigation went nowhere, with activists alleging that New York politicians are far too cautious when dealing with the Orthodox Jewish community, which comprises a crucial voting bloc.

With the city inquiry stalling, the state stepped in. One month ago, on November 20, MaryEllen Elia, New York State’s education commissioner, released updated rules which mandate how nonpublic schools will be regulated going forward, specifying what students in those schools must learn on a daily basis, and stipulating consequences for any school that is found to be in non-compliance.

A week later the Satmar Rebbe of Kiryas Yoel “declared war” on the New York State education department in a “fiery speech.” And last week, two senior rabbinic leaders, Rabbi Elya Brudny of Mir yeshiva, and Rabbi Yisroel Reisman of Torah Vodaas, both located in Brooklyn, authored a joint op-ed in the Wall Street Journal, in which they noted that:

There will always be schools that need to improve and students who can be better served. But underperforming schools are the outliers, and they don’t define the yeshiva system. Parents who want to send their children to a school offering a course list devised by the state enroll their children in the local public school. But parents who choose religious education want their children to have a specific moral, ethical and religious framework for life.

It is noteworthy that both of the schools headed by these rabbis offer general studies that fully comply with state requirements. At issue is the state’s objective to ensure that private schools provide an education that is “substantially equivalent” to that offered in public schools.

Even secular experts have warned that the revised rules may be a step too far, with Neal McCluskey of the Cato Institute writing in Forbes that “private schools must never be required to provide instruction “substantially equivalent” to state institutions,” although he added that this should never lead to authorities giving “absolute deference to parents – [for] if a child is kept from attaining the basic skills necessary for self-government, that, too, is a denial of liberty.”

At the beginning of the Torah portion, Vayechi, Jacob informs Joseph that in future people would bless their children by referencing his two sons, Ephraim and Manasseh (Gen. 48:20): וַיְבָרֲכֵם בַּיּוֹם הַהוּא לֵאמוֹר בְּךָ יְבָרֵךְ יִשְֹרָאֵל לֵאמֹר יְשִֹמְךָ אֱלֹקִים כְּאֶפְרַיִם וְכִמְנַשֶה – [Jacob] blessed them on that day, saying, “With you, Israel will bless, saying, ‘May God make you like Ephraim and like Manasseh.’”

The ancient Aramaic explanatory translation, Targum Yonatan, adds two words which indicate that this blessing should be given at a Brit Milah, the ritual circumcision of an 8-day-old baby.

The Ketav Sofer, a nineteenth-century commentary, questions the specificity of this requirement. Why is this blessing particularly relevant to a tiny baby?

The Ketav Sofer bases his answer on a Midrash that suggests Ephraim and Manasseh excelled in different areas. Manasseh was a master of worldly matters; he spoke various languages and assisted his father in the running the affairs of Egypt. Meanwhile, Ephraim was very spiritual, and spent all of his time studying with his grandfather Jacob.

At the very earliest moment of a child’s life a choice must be made to go one way or another, says the Ketav Sofer, and therefore focusing on Jacob’s formula at the Brit Milah is the greatest blessing of all.

The Ketav Sofer goes on to suggest that parents should focus more on the Ephraim than the Manasseh in their children, citing the fact that Jacob switched the names around, putting the younger son Ephraim first.

But the Ketav Sofer was writing in the nineteenth-century, when orthodox Judaism was under phenomenal pressure to modernize and to dilute its ideals, both externally and from within the community. Consequently, it is perfectly understandable that he felt a need to stress Ephraim over Manasseh.

The situation is markedly different in the United States in the year 2018. And in any event, besides for the fact that orthodox Jewry is fully protected by the First Amendment, the Ketav Sofer’s reading of the verse is simply not true to the literal text of Jacob’s declaration.

Our children, from the youngest age, have to be given a dual-track education that both ensures their spiritual elevation and their ability to cope adequately, or better, in the world in which they live.

And although we must always give primacy to Torah and the tenets of our faith, if we deny them their basic rights as citizens of the world, not only are we shortchanging them, we are also defying the very blessing first uttered by our patriarch Jacob, which forms a central part of our ancient tradition.