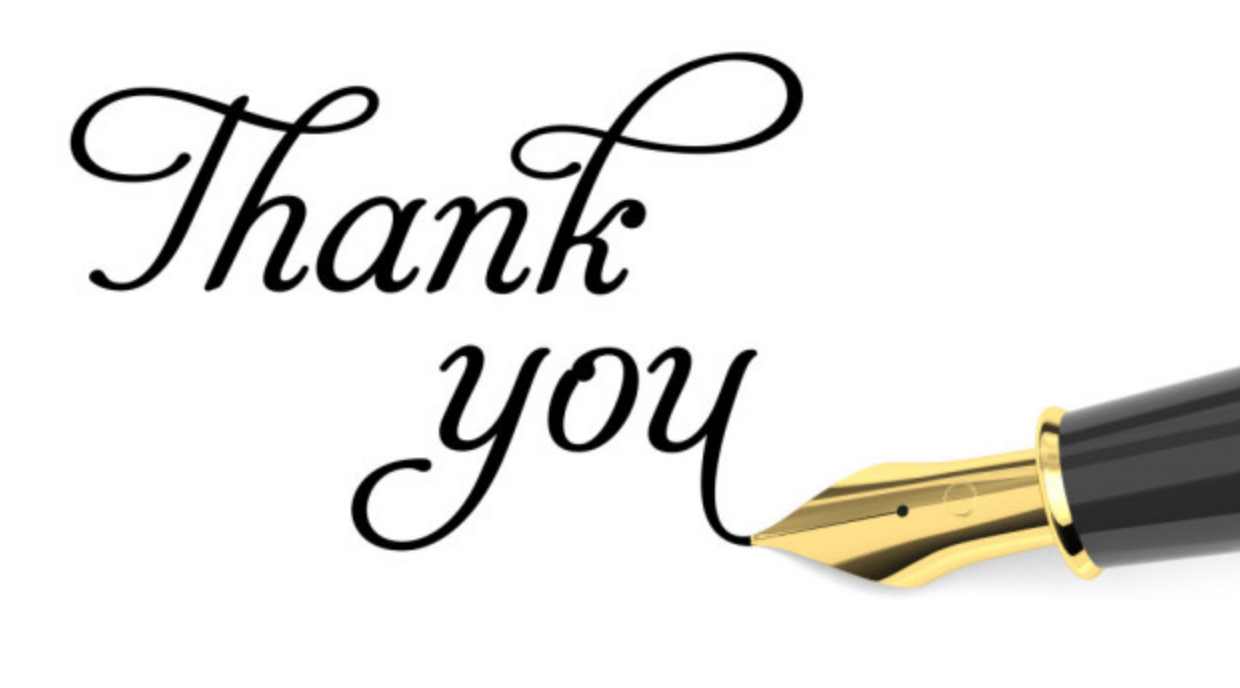 The nineteenth-century British prime minister Benjamin Disraeli (1804-1881) is best remembered for his very focused personal ambition, coupled with his ability to allow political expediency to override aspirational idealism. And yet, despite his rather self-absorbed personality, he was unfailingly polite and gracious, and always ready to acknowledge others. He expressed it so well, using his characteristically wry turn of phrase: “I feel a very unusual sensation—if it is not indigestion, I think it must be gratitude.”

When Ronald Reagan gave his final address as president, he began with warm words of gratitude to those he had led for eight years: “My fellow Americans, this is the 34th time I’ll speak to you from the Oval Office, and the last… It has been the honor of my life to be your President. So many of you have written the past few weeks to say thanks, but I could say as much to you. Nancy and I are grateful for the opportunity you gave us to serve.”

John F. Kennedy always made it his business to thank those who had served him in some way, even if it meant going out of his way. As he once said: “We must find time to stop and thank the people who make a difference in our lives.” When George H. W. Bush died in 2018, his longtime aide John Brown gave an interview to The Republic, in which he noted that “on every trip [we] took, no matter the significance — he could have been visiting the president of Egypt or someone’s home — he always took the time to say ‘thank you.’ He made you feel that you were the most important thing to happen to him at that moment.”

Truthfully, if there is one attribute that elevates a person, it is their ability to show gratitude. Remarkably, it’s not ‘sorry’ that is the hardest word, but ‘thank you’ (I know: it’s two words!). Last August, Workhuman conducted a survey of 500 full-time employees in the United States, in an effort to better understand gratitude in the workplace during the COVID-19 pandemic. Astoundingly, almost half of them said they had not been thanked – even once! – by a colleague or manager for what they had done in the midst of these trying times.

According to a recent article in Forbes, gratitude is the “root of happiness.” It enables one to focus on what one has rather than on what one might be lacking. When you are grateful for something, you will automatically focus on the present, which reduces any “sense of yearning or anxiety about the future.” Being grateful allows you to see the proverbial glass as being “half-full,” and is therefore a sure path to contentment rather than resentment, which inevitably leads to misery.

In God’s instructions before unleashing the first plague onto Egypt, God tells Moses to ask his brother Aaron to use his staff as the ‘tool’ to turn the Nile’s water into blood (Ex. 7:19). Rashi picks up on this delegation of responsibility, and cites a Midrash to explain why it was Aaron and not Moses who initiated the plague.

The Nile had protected Moses as a baby, when he had floated on it before being rescued by Pharaoh’s daughter. Had Moses struck the Nile with his staff, he would have been exhibiting ingratitude to the river that had saved his life. But this Midrash seems ridiculous. Was God really worried that the Nile would be offended? The idea that an inanimate body of water would be sensitive to ingratitude is patently absurd. In which case, what is the message of this Midrash?

As a collector of historical objects and items, I can testify that any antique that was once owned by a notable personality is more valuable than the same object owned and used by no one famous. When buying an antiquarian book, for example, what is known as an “association copy” – which refers to the pedigree of a book’s previous ownership – can increase the value exponentially.

Although it is not necessary for a book to have had distinguished previous owners in order for it to be rare or valuable, an “association copy” can make a book of low value very valuable indeed. In 2011, the Mexican artist Frida Kahlo’s copy of a 1905 edition of The Works of Edgar Allen Poe sold at auction for $24,000; the same book with no “association” pedigree sells online for $25.

The value of an inanimate object increases when the object is used by a person of great distinction, and the greater the person, the greater the value. The object itself may be the same, but our feelings towards it change just knowing that it was once held and valued by a distinguished previous owner. Giving value to this “association” object is an expression of our reverence for the person who is connected to it.

Having gratitude is a derivative of this same idea. Self-respect is important, as is self-esteem, which means that showing respect and giving gratitude to those items that have helped us are an expression of our self-esteem. If we don’t show gratitude, or worse, if we show ingratitude, we are disrespecting ourselves and showing that we don’t consider ourselves worthy of whatever benefit we received.

Had Moses struck the Nile he would have diminished his own stature by belittling the river that had saved his life. If his life was important and had meaning, than respecting and showing gratitude to something that had saved his life was equally important. It was for precisely this reason that the duties associated with initiating the first plague were passed over to his brother Aaron.

Showing gratitude is the ultimate form of self-esteem. By thanking those from whom we have benefited, we are making the ultimate “association” connection. They facilitated us and enabled us, and our gratitude to them is an extension of us believing that whatever we are doing and whatever it is that we represent is both important and worthwhile.

By expressing our appreciation to others, not only are we doing the right thing, we also show that we are aware of the fact we are worthy of receiving the kindness of others. For that reason alone, whenever the opportunity arises – just say ‘thank you.’