AGREE ON FUNDAMENTALS, THE REST IS IRRELEVANT 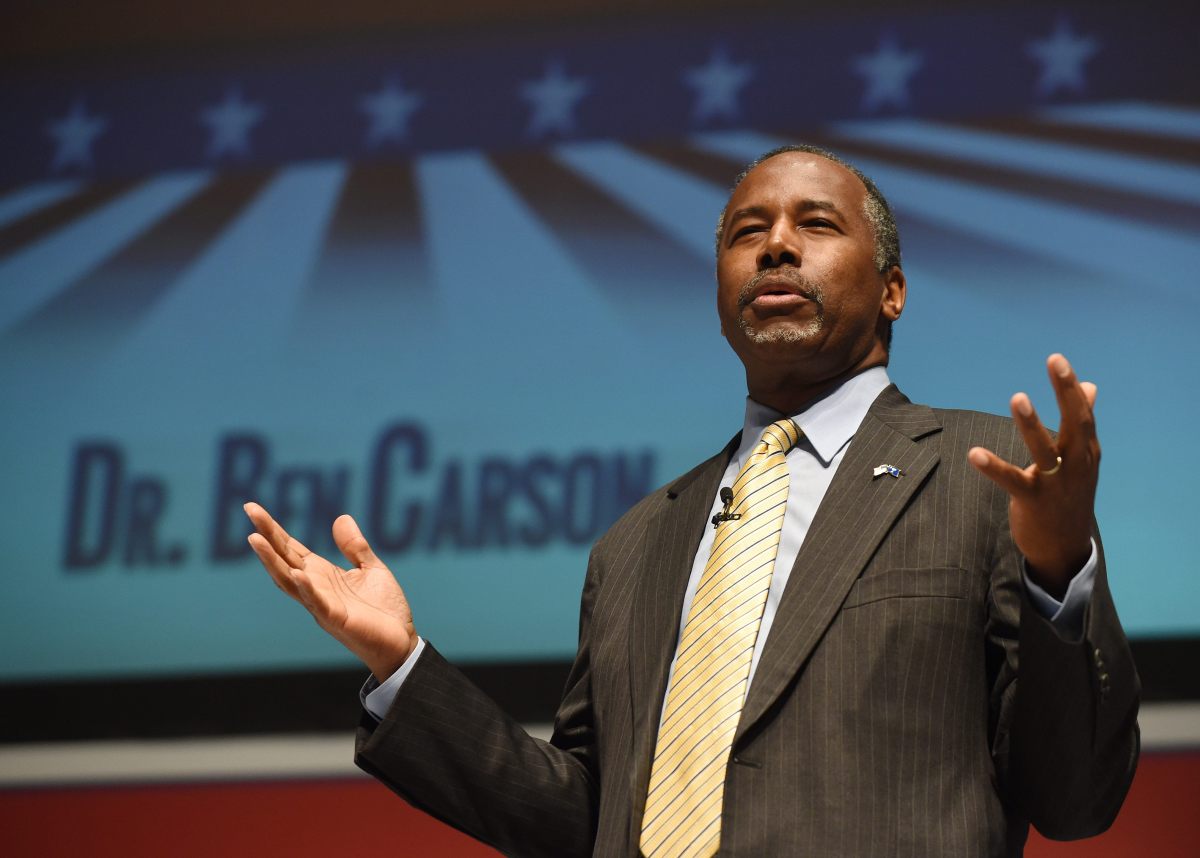 One thing that has come up fairly frequently in media profiles of Dr. Ben Carson, the neurosurgeon GOP presidential nomination candidate from Texas, is that he is a committed creationist.

BuzzFeed – the ubiquitous internet news service – last week dug up some 2012 statements by Carson in which he referred to the Big Bang theory as ‘fairy tales’ pushed by ‘highfalutin scientists’ in their attempts to replace the biblical story of creation. He also suggested that the theory of evolution was being actively encouraged by the devil, whatever that means.

One can be pretty certain that the people writing these news stories are sneering and snickering at Carson, and consider him to be an unsophisticated primitive who believes in untenable biblical narratives. If one would confront these journalists with their prejudice they would indignantly protest that they are simply reporting the facts, so that voters can make a judgment on the suitability of Carson as a presidential candidate.

Such dishonesty and self-delusion in the media is no great shock. For example I haven’t seen any media outlets focus on the fact that Democratic hopeful Bernie Sanders’ is an avowed atheist, although – obviously – they don’t miss an opportunity to identify him as Jewish.

Selective reporting by agenda driven media hacks is certainly a topic worth discussing, but for the moment let us put that topic to one side. Instead I want to focus on creationism and Judaism. What does Judaism say about believing in six literal days of a creation that took place 5776 years ago, versus the thirteen billion years that science believes is the actual age of the universe? Is the former an axiom of Jewish belief, and, if so, what if one is more swayed by science than by the bible’s version? And is a person’s attitude towards these beliefs important when considering him or her for a leadership position?

It is important to state for the record that many strictly orthodox Jews are ardent creationists, believing – in the same way as Dr. Carson does – that the six days of ‘Bereishit’ were six twenty-four hour days, and that during each of those days the universe in general, and our more immediate surroundings in particular, were created as specified in the Torah.

Many strictly orthodox Jews also believe that drifting away from the literal understanding of the Torah narrative is unacceptable, and amounts to a rejection of the Torah.

Rambam (Maimonides) identified thirteen essential elements of the Jewish faith, culled and edited from various Talmudic sources. Not one of the thirteen insists or even hints that one must believe in the literal understanding of the thirty-three pesukim found in the creation narrative.

On the contrary, it seems that Rambam was comfortable to leave the age of the universe open ended, requiring faithful Jews to believe only that ‘the Creator is the Primary Cause of all that exists’, whether it took six days or billions of years to put it into existence.

Similarly, Ramban (Nahmanides), citing the Talmudic discussion of what existed ‘before’ creation, seems to believe that the literal understanding of the text is misleading, although he suggests that the truth about this entire subject is elusive, and only a select group of people are in possession of the facts, which must remain a secret.

His student, R. Isaac ben Samuel of Acre (13th-14th cent.), seems to have missed the memo about keeping it a secret, and quotes the Midrash mentioned by Ramban which describes seven cycles of seven thousand years each, going on to explain that each of those years is a ‘God year’.

A ‘God day’ is one thousand years in human time, he adds, which means that a ‘God year’ is approximately 365,250 human-time years, making the universe almost 18 billion years old. Certainly that is quite a hefty advance on 5776 years.

Whether that calculation is right, and why he believes a ‘God day’ is one thousand of our years, is not as important as the fact that he, along with Rambam the rationalist, and Ramban the kabbalist, were perfectly happy to contemplate a universe that was considerably older than the literal understanding of the text in the Torah.

In which case you may be wondering why some traditional Jews consider it heresy to believe in billions of years as opposed to six days. The answer suggested by the rabbi/scientist, Rabbi Arye Kaplan (1934-1983), was that one of the most prominent and influential kabbalists in terms of modern traditional Judaism was Rabbi Isaac Luria (1534-1572), the mystical ‘Arizal’ of Safed, and he rejected all non-literal interpretations of the creation narrative. The Arizal’s influence remains so powerful, that his strongly held view drifted into mainstream Jewish belief, especially once the alternative view became the domain of bible deniers and those who ridiculed religion.

But Judaism is not a dogmatic faith. Each and every one of our Torah narratives is open to multiple interpretations and subject to feisty interpretative debates. With some exceptions, it was only in the modern era that differing opinions resulted in condemnations of heresy. I would suggest that this was because historically, doctrinal differences rarely resulted in any dilution of adherence to Judaism, or in moral behavior, or in a diminution of any other aspect of day-to-day life within the community.

In other words, what difference does it make if the universe was created in six days or billions of years, if one continues to strive to do the commandments properly, and to have a closer relationship with God, as is expected of us by the Torah?