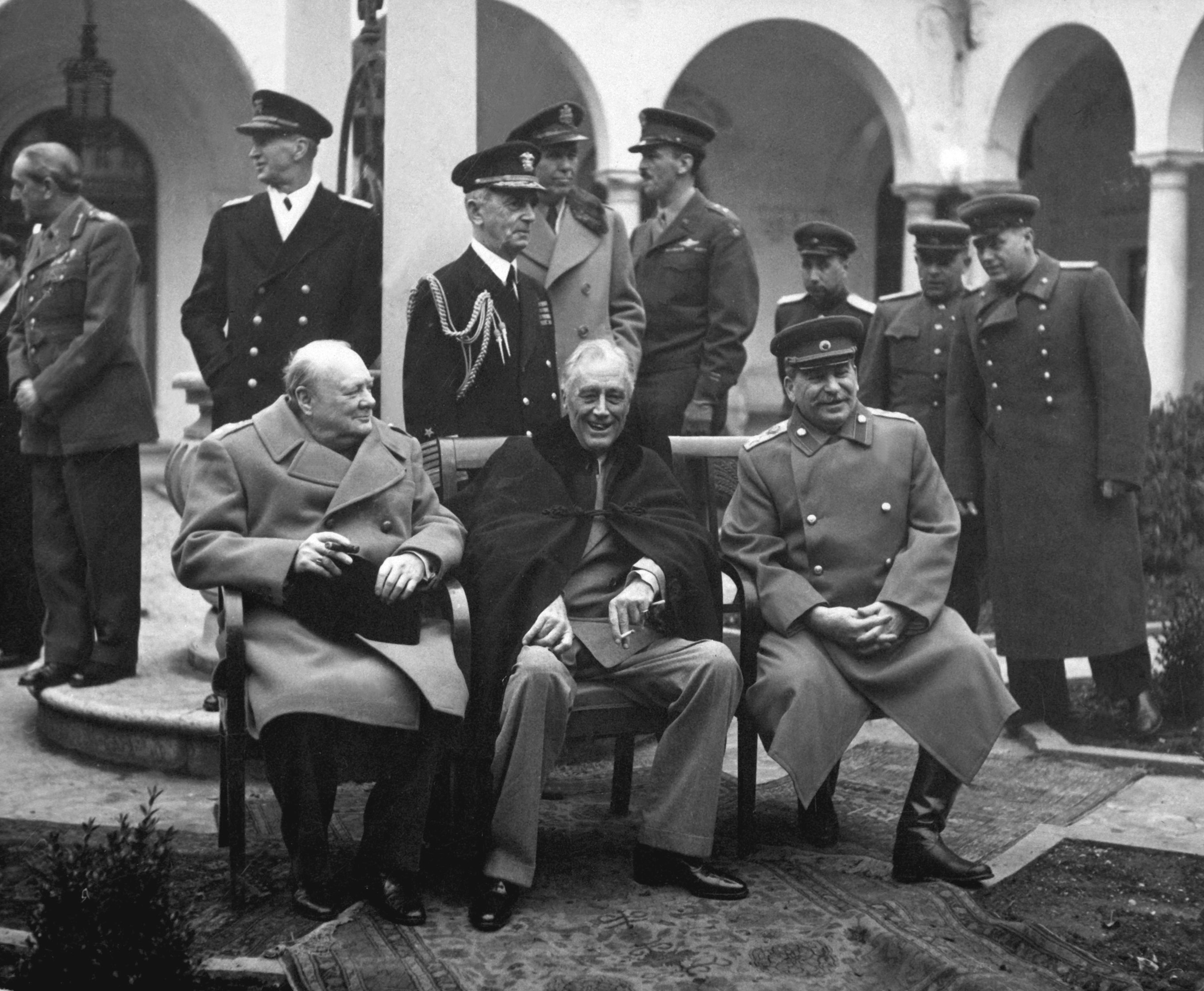 In 1954, as the Cold War unfolded, Winston Churchill famously quipped, “to jaw-jaw is always better than to war-war.”

He was right. But it seems that Muslims in general, and the Palestinians in particular, believe that “to war-war is always better than to jaw-jaw.”

If there was ever any doubt about that, this week clinched it. Who could fail to be horrified at the scenes of carnage at the synagogue in Jerusalem earlier this week? The floor was drenched in blood in scenes reminiscent of some gory horror movie.

But this was not fake blood, and the dead and injured victims were not Hollywood actors. Real people, decent people, had become the random targets of two murderers, a product of a murderous culture intent on wreaking havoc and destruction against the hated ‘yahoud’.

That such heartless murder seems tolerable, and even laudable, in Palestinian society, is bad enough. That most of the world twists itself into knots to find justification for such evil is much more sickening. In fact, it is an utter disgrace.

The usual suspects – CNN, BBC, and the New York Times, among others – have been falling over themselves to create mitigating excuses for the two hatchet men who launched the frenzied attack at the Jerusalem shul.

Apparently, we were told, the two assassins were reacting to the reported suicide of an Arab bus driver that was rumored not to be a suicide. Or maybe they had become incensed by increased settlement home building in East Jerusalem. Or possibly the two of them were reacting to increased activism by Jews to secure prayer rights on Temple Mount.

Of course, now that these media outlets have helped us understand what happened it all makes perfect sense. A bunch of Jews feel that they want to build a few homes on some barren hillside, or that they want to pray at a site whose Jewish history predates the Islamic faith by 2,000 years, and a couple of unaffected Palestinian men are now entitled to stab and hack to death a few random Jews at prayer. Yes, yes, I get it now. It’s the Jews’ fault. The Jews are guilty. They killed themselves.

But even if we find such reporting abhorrent, we must ask ourselves this: what is the great crime of the news networks who don’t like Israel, and who misreport Palestinian atrocities? Our battle is not really with them, our battle is to protect ourselves against rampaging beasts who can indiscriminately kill Jews because Israel and Jews have committed the crime of existing.

Instinctively we know the news networks are wrong, but how can we establish whether our distaste for the pro-Palestinian media is legitimate, or whether it is simply a partisan bias of Jews who love Israel. After all, media talk is just “jaw-jaw.” And what about Israel’s violent response to Palestinian attacks? How can we justify such a response? Surely it is “war-war.”

The answer is revealed in a statement made by our forefather Isaac in the Torah portion of Toldot. The entire portion revolves around the contrast between Esau, the murderous warrior hunter-gatherer, and Jacob, the spiritually inclined God-fearing tent-dweller.

The rivalry between the twins culminates in the scheme devised by Rebecca, their mother, to ensure that Jacob was the recipient of the coveted blessing that would guarantee his role as the father the Jewish nation. With goat-hair on his arms, to imitate his brother’s hairiness, Jacob brought his father the gourmet meal he was expecting from Esau.

Isaac, blind and elderly, was suspicious, and asked Jacob to come closer. Feeling his son’s arms, he expressed his confusion in the statement (Gen. 27:22):

הַקֹל קוֹל יַעֲקֹב וְהַיָדַיִם יְדֵי עֵשָֹו  ‘the voice is the voice of Jacob, but the hands are the hands of Esau.’

This statement reveals a powerful message. The ‘voice’ and the ‘hands’ are mutually exclusive. Either you have a voice of Jacob, or you are a hand of Esau. The challenge was that Isaac was being confronted by mixed messages. Of course we are privy to the fact that the voice of Jacob was indeed his voice, but that the hands of Esau were fake – props that were there to mislead Isaac, so that Jacob could secure the blessings that were due to him, but which Esau was desperate to obtain at any cost.

Isaac, unable to see who was serving him dinner, simply observed that whoever was in front of him, whether it was Esau or Jacob, would never be able to maintain this dual identity. The rivalry between Jacob and Esau was not just friction between two siblings, he was saying, it was a clash of cultures.

We have been misled to believe that ‘sticks and stones will break your bones, but names will never hurt you.’ But to believe that is foolhardy. The words of those who support Esau’s culture of killing and destruction are not mere words, they are as destructive as the hands of Esav themselves. They are “war-war.”

And those who destroy Esau with weapons of war are not the hands of Esau, they are the voice of Jacob. They are “jaw-jaw.” Words can be as destructive as the knives and axes of murderers, but those who kill Esau are not Esau’s hands, rather they are the instruments of Jacob’s voice.