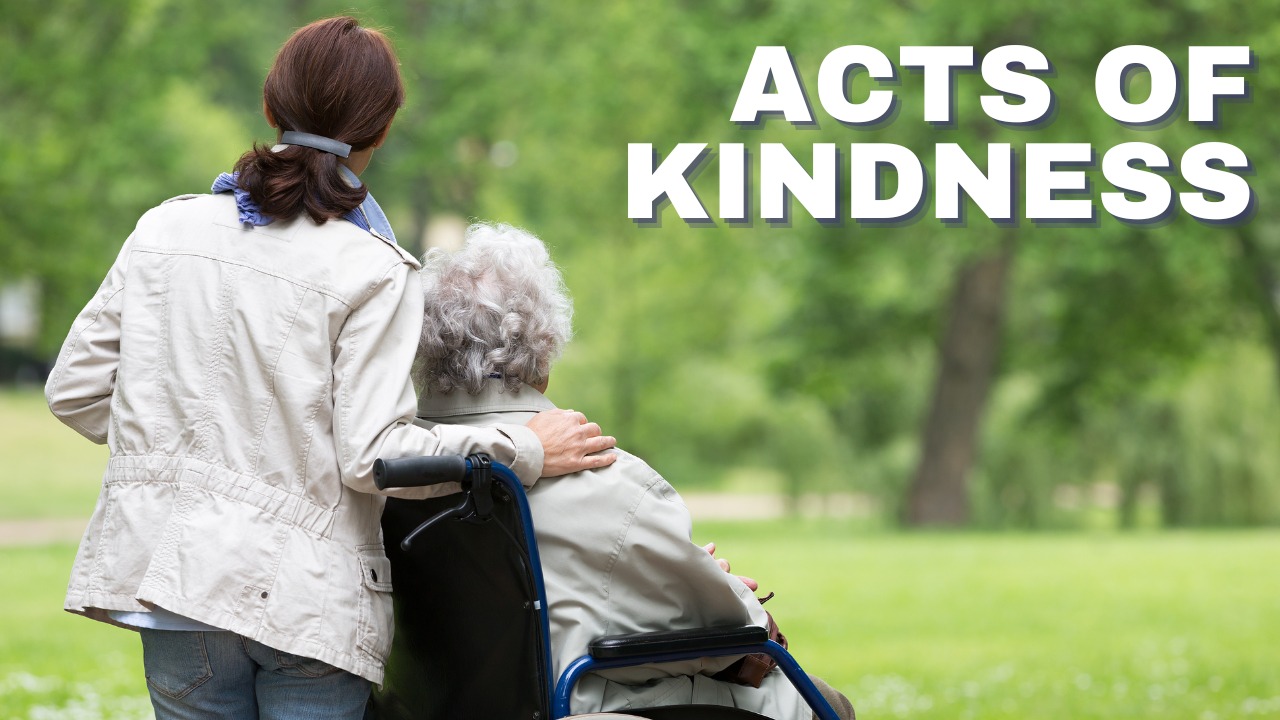 There are so many wonderful stories about random acts of kindness. Someone who helps you with your bags at an airport. The unknown person who gives you a kind word when you most need it, in a moment of distress. An official who bends the rules so that you can get something urgent done. We’ve all experienced it, and we all instinctively know that kindness makes the world a better place – but is there any science to prove it?

Obviously, it is wonderful to be the recipient of kindness, but kindness requires a double act – for kindness to occur there must be a person who is being kind. And while we may utter the mantra “it is always better to give than to receive,” in real life we might not always be ready to give. Yes, we give to our children, and we are giving in our relationships – but when it comes to random acts of kindness, giving is not always so easy. And yet, countless research studies have shown the wide and far-reaching benefits of kindness and giving.

In 2018, Dr. Oliver Scott Curry, a research professor at Oxford University who doubles up as the Research Director for something called Kindlab, which is part of kindness.org, got together with his colleague, Dr. Lee Rowland, and they issued a study which revealed that doing acts of kindness has the effect of boosting both happiness and well-being. Critically, the study proved that it makes no difference whether kindness is done for those with whom we are close or whether it’s done for strangers – the effects are exactly the same.

Another study, in 2009, demonstrated that just witnessing acts of kindness produces oxytocin – best known as the “love hormone” because of its association with the final stages of childbirth – but which more recently has been shown to underly “the twin emotional pillars of civilized life: our capacity to feel empathy and trust.” Even more importantly, oxytocin enables us to be more social and to engage in acts of kindness. It’s an amazing discovery – apparently, just watching others being kind has the knock-on effect of producing much more kindness in the world.

Last year, Professor George Slavich and Dr. Lydia Roos of UCLA published a remarkable study that described three evidence-based strategies which helped to foster individual and collective recovery from the long periods of lockdown and isolation during COVID-19, as well as resilience in the face of the debilitating effects of the pandemic. Two of the strategies were practicing compassion and engaging in kindness.

In the UK, the Mental Health Foundation has a long-running “random acts of kindness” campaign. Their website offers a list of 50 suggestions for simple acts of kindness, including “call a friend that you haven’t spoken to for a while,” “send a motivational text to a friend who is struggling,” and “smile and say hello to people you may pass every day, but have never spoken to before.” The idea behind the campaign is to transform all the research study data into practical action. After all, now that we know being kind to others improves the well-being of the world around us, and of course our own well-being, it is important to turn theory into practice.

There is a fascinating Midrash that records the conversation between Abraham and Noah’s son Shem, when they encountered each other after Abraham had triumphed in his battle with the four kings. According to the Midrash, Abraham asked Shem how his family had earned the right to leave the ark. Shem replied that it was because they had taken care of the animals throughout the period of the flood.

Abraham found Shem’s response extremely inspiring. “If this is what one can achieve by being kind to animals,” he thought to himself, “how much more so if one is kind to people.” Thereafter, Abraham turned his home into a center of hospitality, and he devoted the rest of his life to random acts of kindness and doing good for others.

But although the Midrash is wonderful in its sentiment, it is actually quite puzzling. Why would Abraham have thought Noah and his family needed special dispensation to leave the ark? The Midrash has to mean just that, and not that they were saved from the flood, as they only took care of the animals in the ark once the flood had begun and were already ‘saved’. And yet, even once the rain had stopped and the land was totally dry, evidently Noah still needed permission to disembark, and that permission was only granted because he had been kind to the animals in his charge. Really? Surely leaving the ark should have been automatic. Why did Noah and his family need permission to disembark, and why did that permission need to be based on merit?

Rabbi Chaim Yaakov Goldvicht (1924-1994) offers a compelling insight into this Midrash. It wasn’t just about leaving the ark, he suggests, rather it was about creating a new paradigm for the world so that it would never revert to the wholesale selfishness that had dominated humanity before the flood.

Abraham was curious to find out how it was possible that God knew Noah would be able to be successful in the quest to reshape the human experience. The simple answer was that Noah had spent the best part of a year toiling tirelessly to look after the menagerie of animals and birds he had been charged with rescuing from the flood. His kindness and devotion offered a glimpse into the possibilities of a better world, and so it was. Abraham only heard about it from Shem – and was inspired to become an exemplar of random kindness for all time, a characteristic that continues to offer hope and inspiration thousands of years later.

It is Noah’s kindness, paid forward, that continues to ensure the survival of humanity. Noah is symbolic of the many studies conducted over recent years, teaching us that kindness is not just a nice thing to do – rather, our lives literally depend on it.