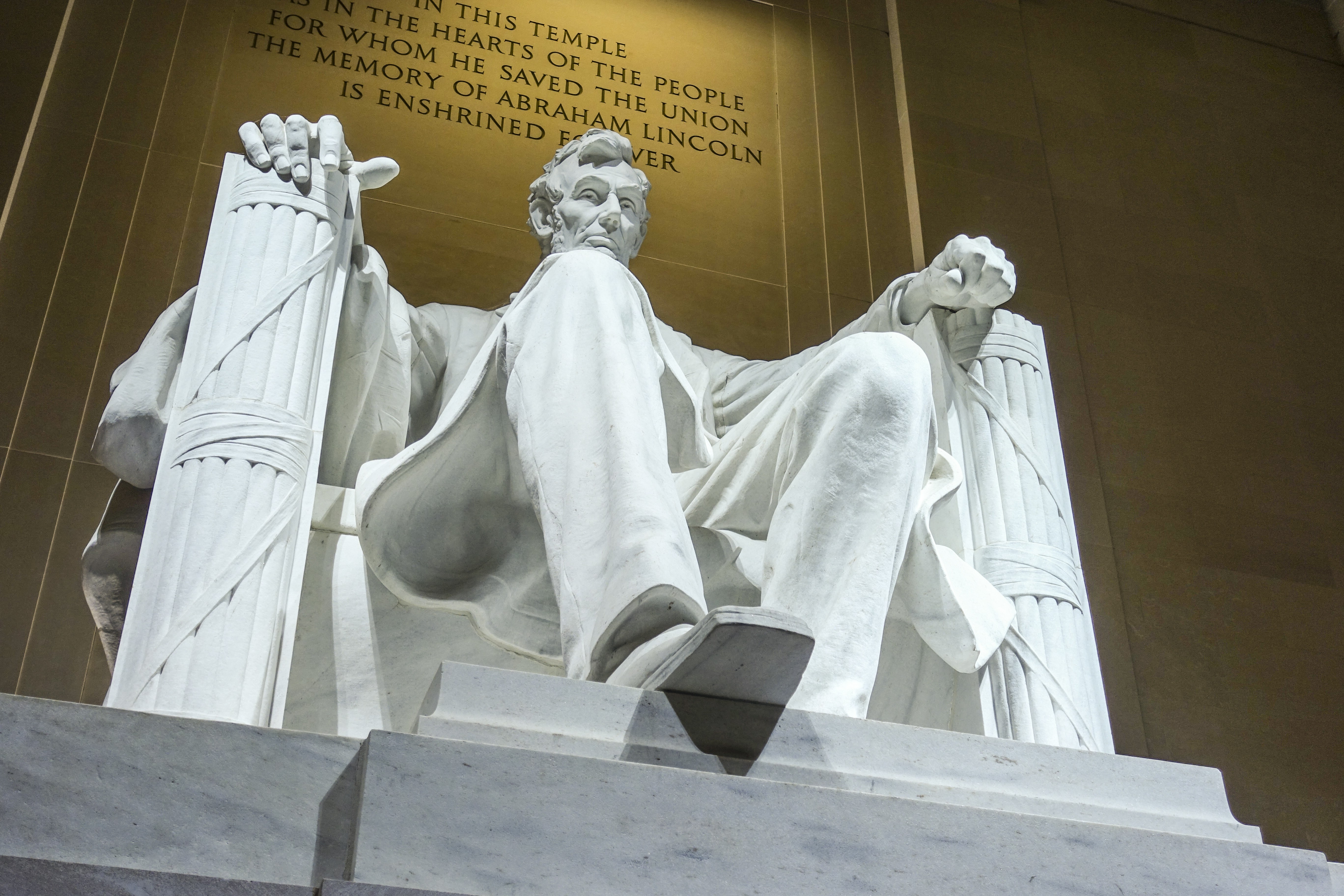 Earlier this week, at a raucous rally in Florida, President Trump cited a poll that he claimed showed him to be the most popular Republican of all time.

It was not the first time Trump has mentioned this poll. Last month, just before his visit to London, he cited the poll’s findings in an interview with British tabloid newspaper The Sun, making the bizarre claim that he was more popular than President Abraham Lincoln, the first Republican to occupy the White House.

Trump’s idiosyncratic interpretation of the poll aside, it is certainly the case that its findings have absolutely no bearing on his popularity in comparison to the GOP’s most iconic president. There were no professionally conducted scientific opinion polls in the 1860s, so we don’t know if Trump has beaten Lincoln or not, and we will never know.

Lincoln is one of five extraordinary leaders featured in the recently published book about leadership by the Harvard historian Nancy Koehn. According to Koehn, Lincoln’s most extraordinary achievement was his transition from novice to word-class statesman in a relatively short period of time. In an article published this week, she cites a number of reasons to explain this rapid transformation, and his astonishing leadership abilities while in office, particularly bearing in mind that it was a time of great turmoil for the fractious country he had been elected to lead.

In Koehn’s view, Lincoln was driven by a mission which he stuck with, although he also constantly remained aware of the big picture. He never spread himself too thin, preferring to focus on a limited number of objectives at any point in time. He sought advice from a wide variety of sources but did not blame others for his decisions if they went wrong. Lincoln never misled the country about consequences of decisions he was making.

Lincoln would articulate all the pros and cons of a decision, as he understood them, so that the people were aware of the risks and benefits of going in a particular direction. He also perfected the art of restraint and taking no action, which was often a more difficult choice than doing something. Finally, Lincoln was incredibly resilient in the face of phenomenal pressure, and once he felt he was doing the right thing would not fold in the face of even the most hostile opposition.

Each one of these attributes is powerful in-and-of-itself, and we would all be happy with leaders who shared even some of these qualities with Lincoln. Nonetheless, I think that Koehn omitted Lincoln’s most outstanding quality from her list, the trait that truly enabled him to utilize all his other traits with such self-assurance – the understanding that he, Mr. Lincoln, did not exert ultimate control, which was always in God’s hands.

In October 1863, as the Civil War continued to rage, Lincoln told a meeting of Presbyterian ministers in Baltimore: “Amid the greatest difficulties of my Administration, when I could not see any other resort, I would place my whole reliance on God, knowing that all would go well, and that He would decide for the right.”

Although Lincoln was not a devout man, a fact he was only too ready to admit, he had incredible faith in God, and a profound belief that none of his achievements had been without God’s help.

Addressing a special session of Congress at the beginning of the Civil War, arranged to clarify the unusual circumstances which had led to the decision to launch a military campaign, Lincoln ended his lengthy remarks with an incredible declaration: “Having thus chosen our course, without guile, and with pure purpose, let us renew our trust in God, and go forward without fear, and with manly hearts.”

In spite of all the careful planning, and the rectitude of the unionist cause, Lincoln fully comprehended the magnitude of what he had taken on, and how easily it could all go horribly wrong. Only with God’s help would they defeat the southern states and achieve their objectives.

As part of a pep talk given by Moses to the nation before he died and they embarked on the conquest of Canaan, he posited that they might one day ask (Deut. 7:17): רַבִּים הַגּוֹיִם הָאֵלֶּה מִמֶּנִּי אֵיכָה אוּכַל לְהוֹרִישָׁם – “How can I conquer these nations? They are so much greater than me!”

To prepare them for this eventuality, Moses suggested that they remind themselves of the great miracles before and after the Exodus, which would reassure them they had nothing to fear.

But why mention that doubt would arise? Just issue a directive not to fear the enemy in the knowledge that God had their back and they were not on their own. Sefat Emet explains that in order to acknowledge God, we must first be aware that we do not have the power to do anything on our own. Bearing in mind what we are up against, we must recognize our own helplessness so that we understand the need for God’s help.

Rabbi Tzvi Elimelech Spira takes this idea even further. Whenever we feel that challenges we face are so great they cannot be overcome, we must immediately realize that it is we who are the issue. The introductory verse cites the projected question to convey the root of the problem, us, when we say; “they are so much greater than me.”

By introducing God into the equation we change the dynamic, so that success is more likely. Even if we are not personally worthy, the acknowledgement that God is our only hope, as evidenced at Exodus, is all that we need to conquer the unconquerable.

Although Abraham Lincoln understood that the buck stopped with him, a role he grew into and perfected in record time, he also understood that without God’s help his presidency was doomed, as was the country. And it was this powerful faith in God that underpinned all of his other valuable attributes.