A THREAT TO THE SYSTEM 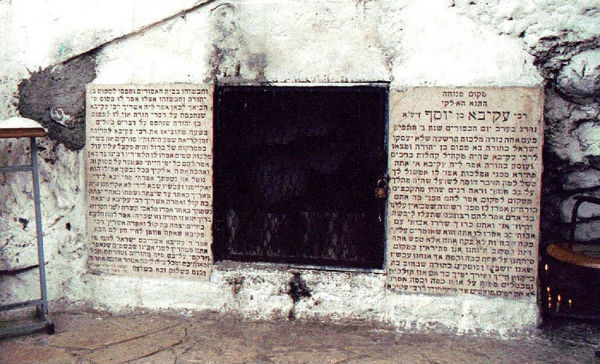 For more than a thousand years after the Exodus from Egypt, the greatest threat to Monotheism was Polytheism, better known to us as idolatry.

This form of religious faith focuses on something – anything! – other than God as an object of worship. In fact, idolatrous religions usually have multiple gods, and to this day polytheism thrives in certain countries, such as in India, where Hindus have a choice of no less than 33 million gods to choose from.

The decline of polytheism in the Middle East and the Mediterranean Basin began in antiquity, during the period of the Second Jerusalem Temple, approximately 2,500 years ago. Although it would take many centuries for idolatry to die out as a mainstream force — during which time its advocates oftentimes attempted to force their belief system onto those who had rejected it — among Jews there was no longer an enduring compulsion to worship multiple gods, an urge that had been overwhelming and ubiquitous during the First Temple period.

The Talmud (Sanhedrin 64a) attributes this profound collective shift to the devoted prayers of a leadership group known as “The Men of the Great Assembly”, who painstakingly reinstated Judaism after the return from Babylonian exile.

If the devastating destruction of the First Temple had been the result of widespread idolatry, it followed that if all such heretical distraction were removed, the Second Temple would continue to exist indefinitely.

But, as the expression goes, ‘be careful what you wish for.’ Although Jewish religious leaders surely breathed a sigh of relief when idolatry receded as a threat, it did not take too long for Judaism to be subjected to a new threat, as troubling questions about Jewish religious practices began to emerge that seriously undermined the world’s only monotheistic faith.

A Jewish subgroup called the Sadducees became the standard bearers of this phenomenon, and while they claimed to be ardent monotheists, and to accept the authenticity of the Torah and prophets, they vigorously rejected any kind of ancient oral tradition that acted to enhance the Hebrew Scriptures with depth of meaning.

One of the most famous debates between the Sadducees and their opponents, the Pharisees, revolved around a verse in the Torah portion of Emor that fixes the first day of the “omer” countdown to Shavuot, which begins on Passover (Lev. 23:15): וּסְפַרְתֶּם לָכֶם מִמָחֳרַת הַשַׁבָּת – “You shall count for yourselves the day after Shabbat.”

The Sadducees interpreted the word “Shabbat” to mean Saturday, which implied that the “omer” count would always commence on the Sunday after Passover began. The Pharisees followed an ancient oral tradition that interpreted the word “Shabbat” to mean the first day of Passover, as a result of which the “omer” count commenced on the second day of Passover, even if that day was not a Sunday.

While there are numerous good explanations as to why the word “Shabbat” means the first day of Passover, and not Saturday, none of them clarify why the Torah would use such an ambiguous word to convey this information, nor why for this directive in particular.

The Talmud (Yevamot 62b) recalls the death of 24,000 disciples of Rabbi Akiba that occurred during the period of the “omer” count between Passover and Shavuot. The Talmud is quite vague as to how they died, and some modern scholars believe their deaths resulted from Rabbi Akiba’s support for the abortive Bar Kochba revolt against the Romans in the years 132-135 A.D.

According to the Talmudic account, Rabbi Akiba’s students all died because they had no mutual respect. Whatever that means, and however this folds into the Bar Kochba interpretation, one must presume that the rampant disrespect was not restricted to the time period between Passover and Shavuot. In which case, why did they die in this specific timeframe?

The “omer” count recalls the lead up to the Jews receiving the Torah. Each day was part of the process of preparation. During the revelation at Sinai, the Jewish people received both the written Torah, and the oral Torah that supplements it.

The idea behind the oral Torah as a supplement was that it would require a process of transmission, and thus the Torah would never become a book on a bookshelf. Each generation would need to receive it from the generation before, and pass it on to the next.

To highlight the centrality of the oral Torah in our system, the portion that describes this period in the calendar needed to be the paradigm of oral tradition, deliberately opaque in its description of how to begin the “omer” count, which would mean that without the benefit of an oral tradition passed down from generation to generation, one might have thought that the count needs to begin on the first Sunday after the beginning of Passover.

So it turns out that the Jewish faith can only be observed properly with the help of authentic Torah scholarship. That being the case, it is not just the text of Torah in a scroll or book that requires respect, but any Torah scholar who is a link in the chain of oral knowledge must also be treated with reverence and respect.

As mentors to the Jewish nation, it is even more important that Torah scholars are respectful to one another. After all, if scholars vilify or are scornful of each other, they undercut the very message they are expected to transmit.

The students of Rabbi Akiba were the greatest scholars of their day, and their deaths were undoubtedly a national tragedy. Nevertheless, their behavior towards one another was a more insidious threat, no different in essence to the threat of the Sadducees, as it undermined the integrity of the system, and threatened to destroy it from within.

This exact message is emphasized by the fact that their deaths occurred during the time period which leads up to the acceptance of the Torah, and which is described in a way that conveys the importance of the oral tradition.