A PREREQUISITE TO SURVIVAL 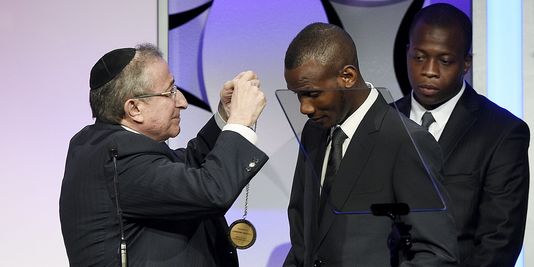 Religious faith, and how the adherents of any faith practice their religion, is a complex subject. Which makes it almost impossible to say anything definitive about any religion.

This week, for example, we heard a lot about the innate violence of Islam in the wake of the horrific events in Paris last weekend.

The images of the dead and wounded, alongside photos of the perpetrators who all fit the bill as stereotypical Jihadists, reinforce the clumsy view that every Muslim is a violent killer, or at least a would-be violent killer.

I say clumsy, because how does one then explain the selfless behavior of someone like Lassana Bathily, a devout Muslim employee of the Jewish supermarket in Paris attacked by a gunman last January?

At great risk to himself, he hid twenty Jews in a cold storage facility, saving their lives. Surely, as a faithful Muslim, he should have facilitated the execution of these Jews? But apparently his version of Islam did not drive him to do that.

At the same time, whenever we hear President Obama or Prime Minister Cameron of the UK describing Islam as a ‘religion of peace’ – as we did this week – we cringe. How can anyone refer to a religion that was the driving force motivating the group of young men who planned and executed the terrorist outrage in Paris as a ‘religion of peace’?

So which is it? Is Islam a religion of non-violence, epitomized by Lassan Bathily, and millions of other Muslims, who seem to have no interest in violent Jihad? Or is it a religion of violence and mayhem, whose ultimate expression can be found in the murderers who chop off people’s heads, or stab random Jews in Israel and ram them with their cars, or shoot innocent revelers at a rock concert and in restaurants in Paris?

In his recent book ‘Not in God’s Name’, former British Chief Rabbi Lord Jonathan Sacks carefully charts the origins of religious conflicts, and identifies Jihadism as something he refers to as ‘altruistic evil’. Jihadists are convinced, he says, that they have no choice but to do what they do, for the greater good of their group, and the world.

This strange worldview results from over simplistic interpretations of religious texts that seem to demand violent domination, although they can be also understood to mean something less destructive.

There has always been a tendency within faith groups for extremists to get fed up with compromises, and to campaign for the religion to go ‘back to basics’, stripping away mitigating interpretations that soften some of the sharper statements or ideas found in their holy scriptures.

Sadducees believed in the literal text of the Torah, and thought that ‘an eye for an eye’ meant exactly what it said, rejecting the Pharisaic interpretation of monetary compensation.

The Inquisition demanded that all Christians comply with a monolithic understanding of Christianity, or face public execution for heresy.

But ultimately these movements did not and cannot endure, however much damage and pain they cause, because they defy the ultimate human instinct: survival.

A religion can be extremely demanding and detailed and remain successful. Lord Sacks argues that a demanding religion can succeed in keeping people as part of a group more successfully than any other system.

But what is very clear is that once adherence to a dogma threatens the very survival of those who believe in it, that dogma has failed and will ultimately disappear.

The simplicity of a ‘black-and-white’ system may seem attractive in theory, but in practice it cannot endure. As our Jewish tradition teaches us (Lev. 18:5): וחי בהם – “you shall live by them” – God does not expect humanity to adhere to a faith which undermines human survival.

Our patriarch Jacob is a perfect demonstration of this dynamic at play. Initially identified as (Gen. 25:27): איש תם יושב אהלים – “a pure man residing in his tent”, he is suddenly forced to emerge from his bubble and confront the reality of an imperfect world.

Jacob seems ill equipped for this challenge. The word “tam” can also mean ‘simple’, as we know from the Passover Haggada, and for Jacob life had been very simple. He had spent it secluded at home, working on his relationship with God, and devoting himself to the facilitation of that goal without interference.

But now, not only was he was compelled to run away from a fratricidal brother, but he had to find his wife in a foreign country, and then to form a productive relationship with a father-in-law who was an wily crook.

The conversation between God and Jacob as he left Canaan at the beginning of the Torah portion of Vayeitzei, revolves around this issue. Like the ladder of his vision, Jacob would have to keep his feet firmly on the ground if he was to achieve the ultimate relationship with God.

God did not put him, or us, into an imperfect world so that we should reject it, or try to destroy every part of it that doesn’t chime with our version of perfection. On the contrary, God created a world with Esaus and Labans, challenges and disappointments, and even with crises of faith and identity.

Jacob, who is the paradigm of spirituality, stands as a powerful lesson for us to see how someone can only fulfill their mission in the context of engagement with the real world. In each and every story Jacob rises to incredible challenges and prevails, but at no time does he compromise his Godliness, nor does he shed blood, although he was prepared to do so if necessary.

I am not an expert on the Islamic faith or its adherents. Nevertheless, I would suggest that among the 1.2 billion Muslims in the world there are surely those who reject violence, and who seek to engage with the imperfect world as it is.

I don’t know who or where they are, or why their voices are not being heard, but it is beyond any doubt that they will outsurvive their Jihadist coreligionists and become the future of Islam.