A POWERFUL LESSON FROM HISTORY 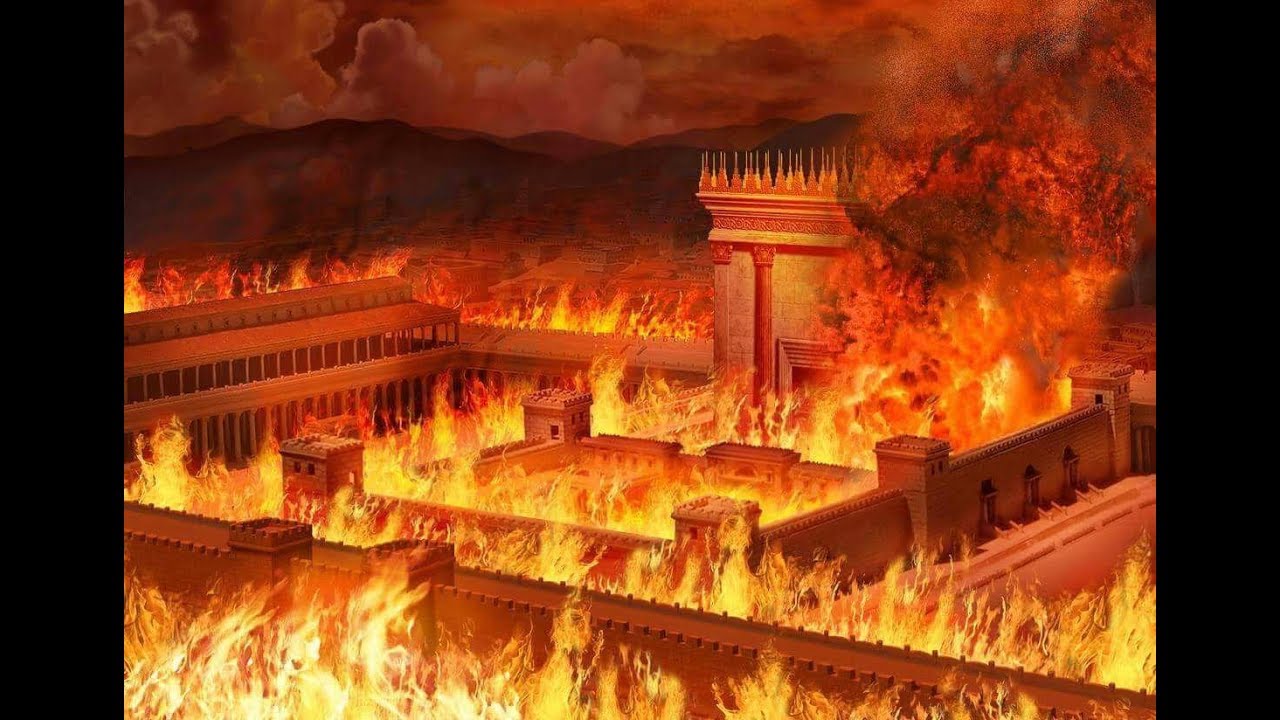 One of the most startling narratives of the Talmud concerns Rabbi Yohanan ben Zakkai, the rabbinic leader of Jerusalem’s Jews during the devastating Roman siege of Jerusalem – a siege that ultimately resulted in the destruction of Jerusalem’s Temple in 70 C.E. (Gittin 56a-b).

Rabbi Yohanan ben Zakkai attempts to bring the extremist “zealot” faction under control, pleading with them to reach a compromise with the Roman enemy so that they survive and the temple remains standing, but they summarily reject his appeals. Amidst ever-worsening circumstances for Jerusalem’s inhabitants – much of it precipitated by the zealots in order to force a military confrontation, and with no realistically attainable respite on the horizon, Rabbi Yohanan ben Zakkai seeks advice on how to escape the city from his nephew Abba Sikra, leader of one of the insurgent factions.

I have always found it bewildering that Rabbi Yohanan ben Zakkai, the paradigm of levelheaded leadership, had a nephew who was irretrievably ensconced at the center of one of the most violent militias of Jewish history and who claimed to be unable to pacify his compatriots, but who was nonetheless willing to help his uncle commit an act of treachery, advising him to feign illness and “die” so that he could exit the city gates inside a coffin. But that’s what Abba Sikra did, going as far as protecting his uncle from having his body impaled by swords on the way out of the city, telling his fellow-brigands that it would look terrible if they mutilated the body of their own revered leader.

Abba Sikra’s fate after his duplicity remains unrecorded, but we are informed that his very-much-alive uncle emerged from the coffin and quickly gained an audience with the Roman army’s supreme commander, Vespasian. After addressing him as the Emperor of Rome, a position to which Vespasian had not yet been appointed – at least to his knowledge, a messenger promptly arrived informing the general of his elevation to the leadership of Rome’s vast empire. Suitably impressed with the great rabbi’s prophetic powers, Vespasian granted him three wishes – and it is fair to say that the realization of two of them totally changed the course of Jewish history.

Grasping that it would be pointless to ask for Jerusalem and its inhabitants to be spared after they had conducted a multiyear bloody war against the forces of Rome, Rabbi Yohanan ben Zakkai instead asked for the leadership family of Rabban Gamliel, a descendant of the great Hillel, to be given their lives and freedom, and for the coastal city of Yavneh (Jamnia) to be established as a center of rabbinic Judaism, so that the Jewish faith would survive the inevitable imminent catastrophe of the destruction of its central shrine. This practical foresight ensured continuity and provided a workable solution, a demonstration of Rabbi Yohanan ben Zakkai’s wisdom that was equally matched by his precognition of the looming tragedy – a tragedy he had so valiantly attempted, but failed, to avert.

All these details are remarkable enough in-and-of-themselves, but undoubtedly the most extraordinary aspect of the story is that Rabbi Yohanan ben Zakkai had concluded that his own community – the very community he had grown up in and led for years – had sunk into an abyss of wanton self-destruction. And while he was powerless to ameliorate the situation of those trapped by the zealot leadership’s intransigence, including his own nephew, he realized that at the very least he could preserve the values and traditions of his beloved heritage by finding a compromise that would dovetail with the realities of the time so that any survivors would have a future – and that is what he bravely did.

Drawing parallels from history to help us understand or resolve current crises is always a fraught path, prone to whimsical wishful thinking. But at the same time the study of history is pointless if we don’t take on board that plus ça change, plus c’est la même chose – namely, the human condition doesn’t change, and history has a tendency to repeat itself – even if never entirely identically.

My point is this: once again, as in ancient history, the Jews of Israel who most visibly and by their lifestyle represent the strictest application of our faith have painted themselves into a knotty corner. And when faced with increasing threats to their Israeli-government funded status quo – as was the case last week when incoming Israeli Finance Minister, Avigdor Liberman, ended yeshiva and kollel learners’ childcare subsidies – instead of looking for a compromise, the Haredi sector always seem to double down. In this latest situation, United Torah Judaism’s party leader Moshe Gafni called Liberman an “evil man”, while the Shas party leader Arye Deri described Liberman’s decision as “wicked”.

For many years the Haredi political parties have been government kingmakers – crucial to the cobbling together of fragile right-leaning coalitions, even though strictly speaking they do not support the Zionist enterprise, nor do they wish to be officially identified with the State of Israel. And while in the early years of the state they were a beleaguered minority, struggling to reestablish themselves after the Holocaust while battling the hostility of secular Zionists, today, with well over a million Haredim in Israel, they represent 12.6% of the total population of Israel.

Although wholesale non-participation in the civic activities of the State of Israel may have made sense for the Haredi community during those early years, today it is leading inexorably towards an economic drain on Israel that could affect Israel’s overall success. It is also causing incredible resentment among non-Haredi citizens, and may ultimately be the foundation of future security issues if Haredim continue to grow in numbers whilst collectively rejecting army service.

If there’s one lesson we should learn from the destruction of the Beit Hamikdash almost 2,000 years ago, and the revealing story of Rabbi Yohanan ben Zakkai, it is that Jerusalem and the temple’s destruction were avoidable if only the zealots had seen things differently and acted reasonably. And imagine this: our temple could still be standing today if the squabbling and inflexible faithful – who all no doubt believed fervently that what they were doing was for God’s glory and the greater good – would have understood that the sands had unalterably shifted. While Rabbi Yohanan ben Zakkai was ensuring the future of the very Judaism they assumed they were protecting, this group was simultaneously guilty of wanton self-annihilation which resulted in their temple – our temple! – burning and crumbling to the ground.

And just to be clear – the State of Israel is not a Roman military siege intent on subduing Haredim, or worse. On the contrary, all the non-Haredi leaders and citizens of Israel I have ever met over the years seem fully prepared to do what they need to do to accommodate their Haredi brothers and sisters, as long as they actively participate in the incredible miracle of renewed Jewish control in the Promised Land.

Truthfully, it is not too late to turn the tide and to ensure the thriving existence of Haredim as full partners in the State of Israel, so that they avoid the extraordinary pain and pointless struggles they seem destined to face. All that is needed for that to happen is for those within the Haredi system who yearn to remove the shackles imposed on them by others to accept the example set by the Temple-era rabbinic luminary, Rabbi Yohanan ben Zakkai, so that they don’t get trapped like Abba Sikra, who felt unable to stand up to his fellow zealots.

Tragically, nobody listened to Rabbi Yohanan ben Zakkai then, and it turned out a disaster. But if they listen to him today the outcome could be different. I pray that those who cherish his memory heed his wise words, and in that merit may the temple be rebuilt, speedily and in our days, Amen.