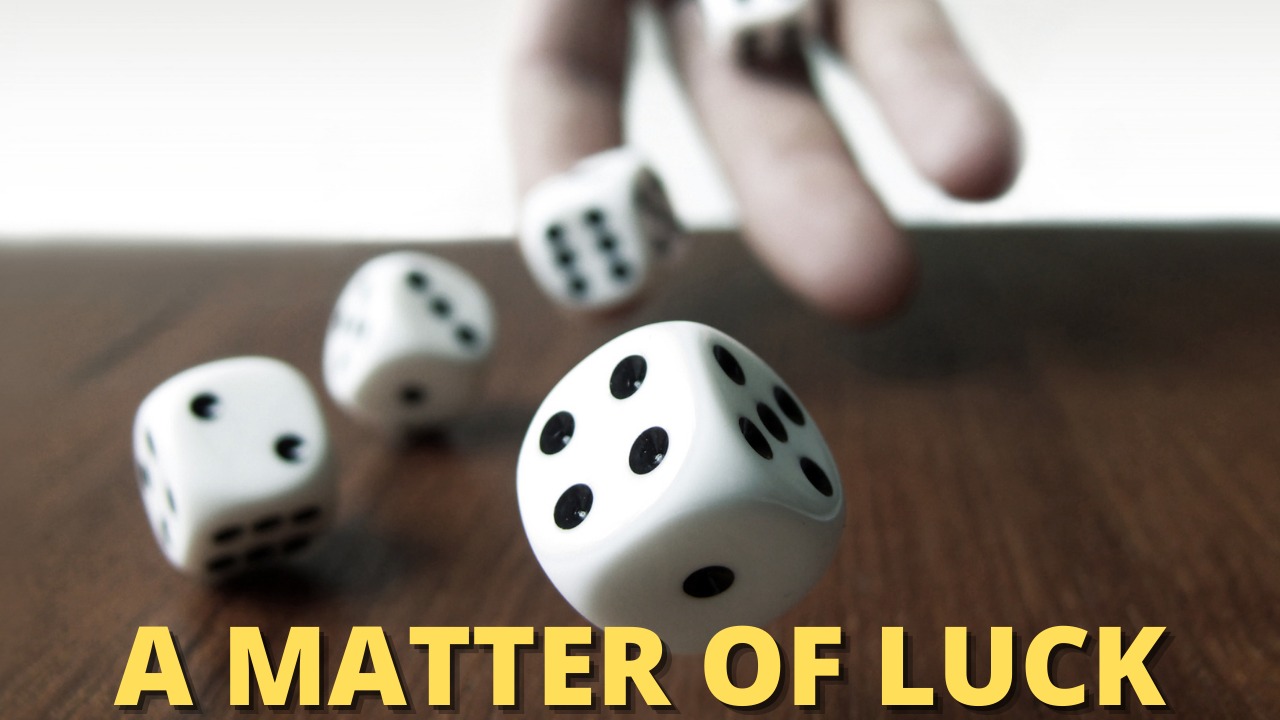 The noted American gossip columnist Earl Wilson (1907-1987) was the author of countless pithy one-liners – far too many to quote. But just to give you a taste, here’s one: “This would be a much better world if more married couples were as deeply in love as they are in debt.” And here’s another: “Experience is what enables you to recognize a mistake when you make it again.” And one more: “Gossip is when you hear something you like about someone you don’t.”

And so they go on – Wilson nailed it on the head time after time, relentlessly exposing us to the human condition as it truly is: rarely flattering, always rather less dignified than we would hope. But this week, it was this quote that caught my eye, perhaps because it is rather less accurate than so many of his other observations: “Success is simply a matter of luck. Ask any failure.”

The premise of this statement is straightforward enough – those who don’t succeed rarely acknowledge that the fault lies with them; instead they credit others’ success to luck, which they have never had. Or has the Jewish journalist and newspaper publisher Harry Golden (1902-1981) once put it: “The only thing that overcomes hard luck is hard work.”

A 2018 article titled Talent vs Luck: the role of randomness in success and failure saw three distinguished Italian academics based at Catania University in Sicily forensically dismantling the myth of brains and hard work as the route to success. As they noted, intelligence and a willingness to work hard is far more evenly distributed than success, however success may be measured.

“Sometimes,” they wrote, “we are willing to admit that a certain degree of luck could also play a role in achieving significant material success. But, as a matter of fact, it is rather common to underestimate the importance of external forces in individual successful stories.”

Here are some random examples cited in the article, all diligently footnoted and referenced: scientists with earlier surname initials are more likely to receive tenure at top university departments; positioning in an alphabetically sorted list gives you a better chance of accessing over-subscribed public services; people with easy-to-pronounce names are generally judged more positively than those whose names are difficult to pronounce. And here’s a couple that will likely shock you: individuals with noble-sounding surnames are more likely to end up as managers than employees, and women with men’s first names are more successful in their legal careers than women with girl’s first names. The point of all this is – none of the aforementioned factors have anything to do with either intelligence or hard work.

In a 2017 article for American Scientific, scientist Michael Shermer – a determined atheist who founded The Skeptics Society to expose “pseudoscience, superstition and irrational beliefs” – further expands on this idea by relating it to the factors of time and place. For example, he says, a person needs to have the “luck of being born at a time in history when your particular aptitudes and passions fit that of the zeitgeist.” After all, “would Google’s co-founders Larry Page and Sergey Brin be among the richest and most successful people in the world had they been born in 1873 instead of 1973?”

Although, while I accept Shermer’s observation as well as the underlying thesis of the Talent vs Luck article, without wishing to offend Shermer’s atheist sensibilities – the idea of random luck as the precursor to or determining factor for success simply doesn’t cut it for me. Random factors certainly propel events forward and can have a significant effect on the circuitous journey of life, often in ways we are not even aware of – but people of faith have an explanation that takes into account both our own efforts, and the arbitrary impact of “luck”.

The Talmudic sage, Rabbi Hanina, points out (Ber. 33b): הַכֹּל בִּידֵי שָׁמַיִם חוּץ מִיִּרְאַת שָׁמַיִם – “everything is in the hands of Heaven, except for the fear of Heaven,” a statement based on a verse in Parshat Eikev (Deut. 10:12) that has inspired countless ethical treatises and underpinned faith messages for rabbis ever since. Essentially, very little – if anything – is ever in our hands, and all that remains for us to control is what is in our minds, here implied via the idea of “fear of Heaven”, or more accurately our awareness of the awesomeness of God’s omnipotence, even as He relates to us all individually.

The seminal twentieth-century Jewish ethicist and theologian, Rabbi Eliyahu Eliezer Dessler (1892-1953), was very taken with the tension between our own efforts and God’s intervention in and involvement with our lives, as the factors underpinning our success or otherwise. In his view Rabbi Hanina’s statement represents a paradox that is the pulsating heart of faith.

Ultimately, the potent belief that we must be proactive in order to succeed is both true and false. In terms of our material success, “everything is in the hands of Heaven.” While we are obligated to try our best, in the end success or failure is always in the hands of Heaven – whether that comes in the form of your place on an alphabetical list or names that are easy to pronounce, or whatever.

But when it comes to the spiritual realm – namely, the “fear of Heaven” dimension – it is only us who can ever determine our connection to God, not God, and it makes no difference what our name is or where we appear on the list. It’s certainly not luck, and there’s never any room for failure.