A LESSON FROM SALMON STARTERS 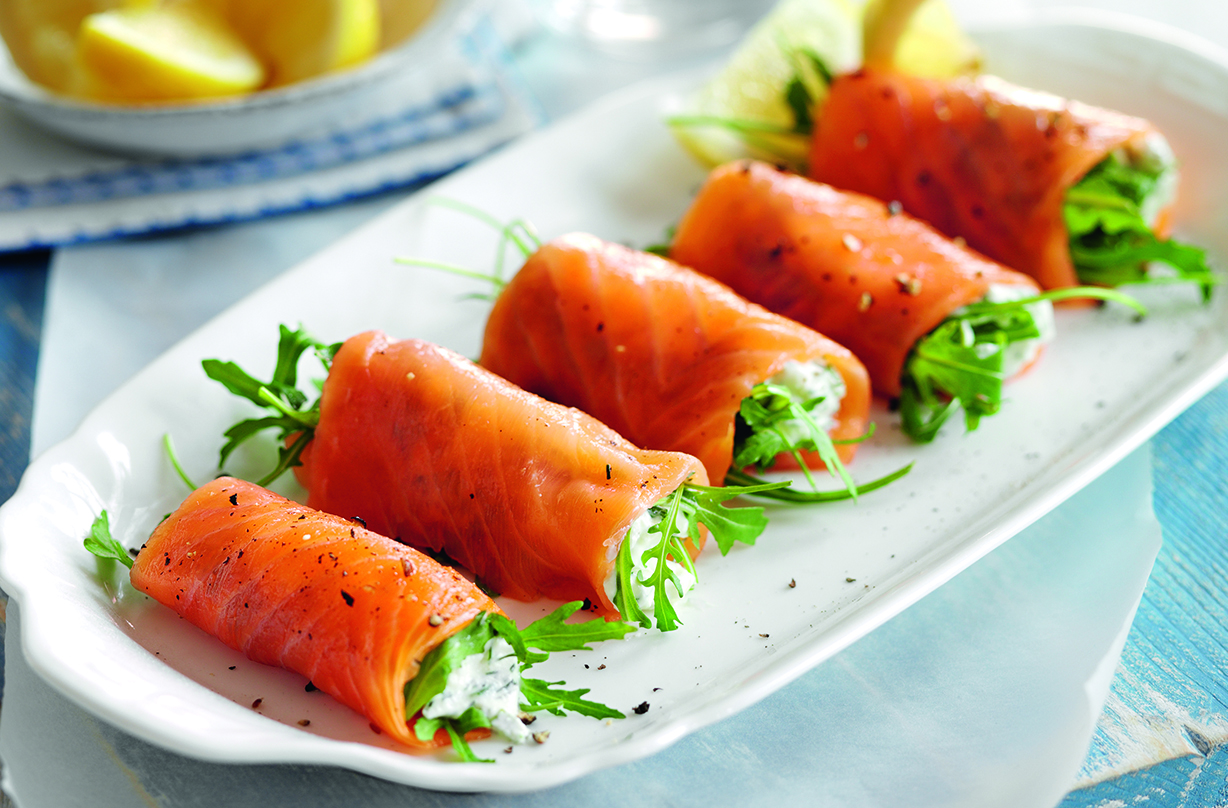 Long ago—far longer than I am willing to admit—when I was a young rabbi teaching Bar Mitzvah boys, the mother of one of my star students informed me that the Bar Mitzvah dinner for her son was not going to be a kosher affair.

She explained that the dinner simply had to take place at a five-star hotel, and none of the fancy London hotels had in-house kosher catering. It was clear that she did not want to deal with kosher caterers—there were a number of them who had concessions at a range of West End hotels. As a result of this aversion, she was willing to abandon having kosher food for her son’s Jewish coming-of-age celebration.

Serendipitously, I had just become involved with introducing in-house kosher catering at the newly reopened Langham Hilton Hotel, a luxury venue very close to London’s iconic Regents Park. I suggested to the mother that at the very least, we should make an effort for the Bar Mitzvah function to be kosher, and assured her that I would arrange for a bells-and-whistles food tasting with both the Langham’s head chef and banqueting manager. Reluctantly, she agreed.

A week later, we sat around a table at the Langham’s Palm Court. Quite randomly, my student’s mother had decided to bring her elderly father to the tasting. He was a very dignified looking man, well dressed and courteous, and he spoke with just a hint of a German accent.

Curious to find out more, I struck up a conversation with him. He told me he was born into a very religious family but had abandoned his Orthodox roots in his youth, and he later became very successful in business. Despite his personal journey, he was delighted that his grandson was going to have a proper Bar Mitzvah and that the celebratory dinner would be kosher. Just to make sure it would indeed be kosher, he had decided to attend the Langham tasting to see to it that his daughter didn’t change her mind.

After preliminary introductions, the head chef summarily snapped his fingers, and out of nowhere, six immaculate waiters appeared in full white-jacketed splendor, simultaneously serving us with a range of starters for us to choose from.

To me, it seemed like a dazzling display, but the Bar Mitzvah boy’s grandfather looked at the various choices and grimaced. “Is that it?”

The head chef blanched and then went red in the face. He looked ready to explode. The banqueting manager — a charming man with a great Orthodox pedigree of his own — smiled warmly at the grandfather.

“Why, is there something wrong?”

The grandfather shook his head and sighed. He put a hand on the banqueting manager’s arm. “My dear man,” he said, “I want to teach you an important lesson about choice and choices, and hopefully, you will remember this lesson for the rest of your life.”

And although I’m not sure the banqueting manager remembers what the old man told us, I certainly do, and it continues to resonate with me to this day.

“Take a look at these starters you brought in for us to try today,” he began, “smoked salmon parcels with salmon mousse filling, poached salmon salad, and salmon en croûte.”

He turned to me. “Do you notice,” he said, “that they all share something in common? Yes, that’s right — they are all salmon. The hotel kitchen clearly wants to sell us salmon today, so that whatever choice we make, we still end up with the same result. Obviously, that’s what is good for them, but actually, if you think about it, there is no choice in it for us.”

He turned back to the banqueting manager. “How about you offer us trout, or halibut, or dover sole, or seabass?” he asked. “Surely, with a world-class chef, such as the one joining us here, you can come up with a real and meaningful range of choices for us to choose from — especially if you know that we are kosher clients willing to go the extra mile?”

By now, both the chef and banqueting manager were beaming from ear to ear, as the wisdom of the old man sank in. Sure, salmon is in plentiful supply and very popular, but they needed to expand their horizons beyond the obvious and include the obscure, so that when a potential client made a choice — even if it turned out to be salmon — the client would be fully satisfied that their pick was meaningful and significant.

One of the great mysteries of Jewish tradition is what might have happened had Adam and Eve not eaten from the “tree of knowledge of good and evil” (Gen. 3). It almost appears as if evil came into existence only as a result of this terrible primordial blunder by the ancestors of humanity.

But there is no real mystery here, and the change resulting from that sin was actually one of complexity rather than any material difference. The Garden of Eden would not have been perfect had there not been a choice to opt out of that idealized world — a choice that was concentrated in one very specific option, namely, eating from the forbidden tree. And this choice was real, for as we see from the narrative in Genesis, it had real consequences.

Meaning in life results from meaningful choices. It is only the fact that we can make a wrong choice that gives value to making the right ones. If life was utterly uniform and two-dimensional, not only would it be boring (even if it was an utter paradise), it would also be devoid of any meaning.

It is only the fact that we can make a wrong choice that gives value to making the right choices.

As it turned out, oversimplifying choice proved overwhelming for Adam and Eve, which is why we were ultimately given a proliferation of mitzvot, as exemplified in the statement of Rabbi Hananiah ben Akashia (Makkot 3:16): “God wanted to give Israel superlative merit, so He gave them a vast Torah and many commandments.”

The Bar Mitzvah dinner for my star student took place at the Langham Hilton after all, and we started the sumptuous five-course feast with poached salmon salad. As we ate it, I looked across at the boy’s grandfather, and he looked at me. He winked, and I smiled. We both knew that this starter was so important. It represented choice, and as long as there are choices, everything we do has an impact — even something as simple as eating poached salmon salad.