A JEW’S HOME IS HIS TEMPLE 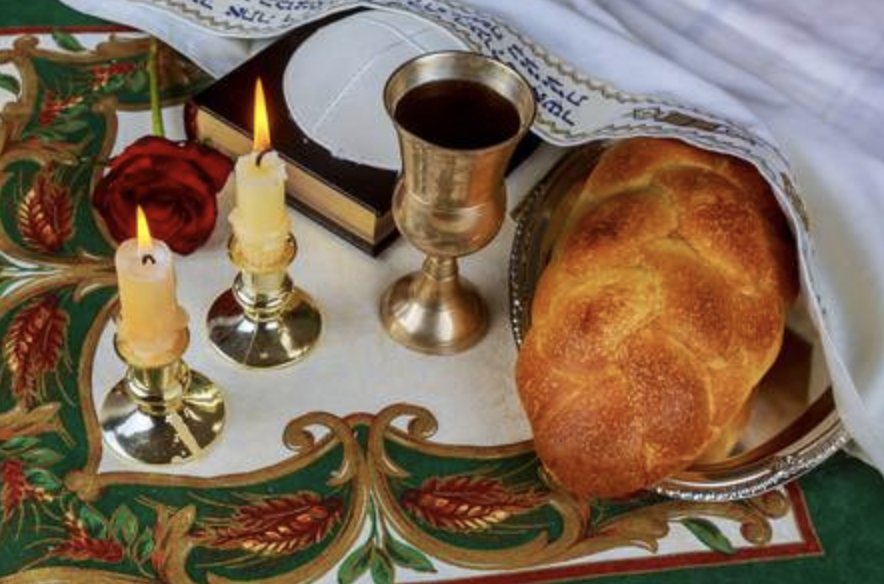 Earlier this week, I was meant to have been in Fort Lee, New Jersey, for a rabbis seminar, but it was obviously canceled, although part of the conference was shared via a Zoom conference; we are all having to become experts at Zoom conferencing as we remain housebound over the coming period.

One of the rabbis who was to attend the seminar was a friend of mine, Rabbi Chanoch Oppenheim, who for the past twelve years has been the rabbi at the Charlotte Torah Center in North Carolina. Charlotte is hardly known for its rich and varied Jewish history. Although one of its earliest Jewish residents, Samuel Wittkowsky, has an interesting and much overlooked place in the history of Jews in the United States.

In early 1865, as the American Civil War was winding down, Wittkowsky was living in Statesville NC. At some point the pro-confederacy state governor Zebulon B. Vance was forced to move to Statesville with his family to escape the approaching unionist forces. But within a short period of time the unionists had arrived there too, and Vance was unceremoniously arrested.

The unionist troops sent to take him to Washington DC had only packhorses to transport him, so Wittkowsky, who had befriended Vance during this period, volunteered to drive the governor in his personal carriage to Salisbury, from where he took a train to the capital. Vance never forgot this kindness, and the friendship continued until Vance died almost thirty years later, with Wittkowsky delivering the lead eulogy at his funeral.

In and of itself, this is a remarkable anecdote. But this one act of kindness resulted in much more than a warm friendship between such an unlikely pair. Vance, who was soon released from jail without being charged, went on to become governor again, and later on the US senator for his state.

Both a mesmerizing orator and a prolific writer, Vance was widely known and respected in his day. In 1870 he began a national speaking tour using the text of a monograph he had written titled “The Scattered Nation” as the basis of his oration. Without any question whatsoever, The Scattered Nation is one of the most philosemitic tracts written by a gentile in modern history.

In the words of the late interfaith philanthropist Herman Blumenthal, this remarkable speech – which Vance gave many hundreds of times across the country – was “a masterpiece”, charting the contributions of the Jewish people to the world, and ending with an impassioned plea for an end to antisemitism, and for Jews be treated well.

It was the first time in American history that a high-profile Christian both publicly and impactfully advocated on behalf of Jews to fellow Christians, and it was all inspired by one small act of kindness done for him by a long-forgotten Jew from North Carolina.

In any event, despite the superlative love for Jews by Zebulon Vance, Jewish life in North Carolina never amounted to much, neither then, nor since, and of the just over 3,000 Jews who live in Charlotte, only a few dozen or so are members of Rabbi Oppenheim’s orthodox outpost. Which makes the piece he sent out to fellow rabbis earlier this week all the more extraordinary.

Here it is, in full:

“My first Rosh Hashanah sermon in Charlotte was based on the following quote, written in Frankfurt, Germany, in the 19th century by Rabbi Samson Raphael Hirsch. Rav Hirsch bemoaned the fact that in his time, as in our time, the synagogue had become the main focus for most Jews. But is that really so bad? I urge you to consider what he wrote more than 180 years ago — that our Jewish identity should permeate all aspects of our life in the values and guidelines it gives us for home, business, and relationships – and judge for yourselves.”

“Perhaps the most radical idea in a time of confusion and the loss of all values would be the provisional closing of all Synagogues! Let such an idea not frighten the reader. The closing of all Synagogues would not affect or alter the precepts of the Divine Law one iota…The closing of all Synagogues through Jewish hands would constitute the loudest protest against the denial of Divine Law in life and home; it would give the most drastic emphasis to the truth that Divine Judaism embraces and dominates the totality of Jewish life and does not find its fulfillment in the halls of prayer and worship. God’s Temple and His Law must rule and shape our daily lives—this would effect the lasting cure for all our ailments.”  (Collected Writings of Rabbi Samson Raphael Hirsch, Vol. 1, pp. 390-391).

Rav Hirsch’s words are so powerful, but they are especially powerful when shared by someone like Rabbi Oppenheim in his inaugural address. After all, every single person in his shul matters – perhaps the difference between having a minyan or not, and certainly between presiding over a successful community and a struggling group of stragglers.

But even in those first moments as the rabbi in Charlotte he pressed home the point that shul must never become the only focus of one’s Jewish life. Indeed, if we are to succeed as Jews, it must be our homes that become our spiritual sanctuaries, brimming with Judaism and Jewish life. And now Rav Hirsch’s fateful words have come to pass, in a way no one would have ever anticipated.

Dearest friends — now more than ever before, as we are all forced to abandon our synagogues and schools, and are confined to our homes with our families – or alone – until this crisis is behind us, as it surely will be, we must find the strength to turn our homes into temples of faith.

Sing zemirot at the Shabbat table, even if you never sing them normally. Read up the parsha and share what you have read with your spouse, your children, or just enjoy it yourself. Say the blessings in Hebrew out loud, and pray the prayers using the tunes we use in shul.

And when we eventually reconvene at our shul, let us bring the fervor and spirituality of our homes back to the shul with us. Let the shul be the cream on the cake, while our homes become the staple of our Jewish identity going forward. Our survival as Jews could depend on it.

Praying for your safety and health, and for only good news, with God’s help. Shabbat Shalom!