A GRAVE DESECRATION IN VILNA 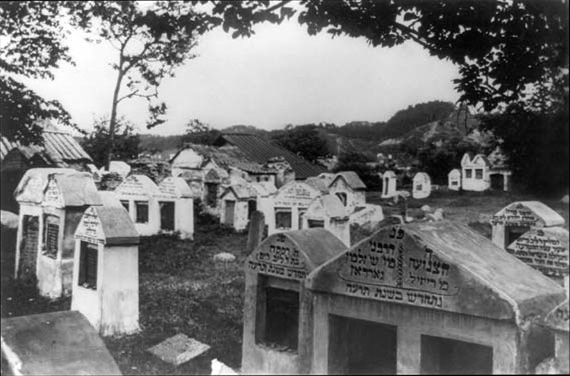 One of the contemporary Jewish world’s most impressive yet unsung scholars is the unassuming Professor Shnayer Leiman of New York.

Besides for being an ordained orthodox rabbi and an accomplished historian with expertise on the most obscure areas of modern Jewish history, he is also a brilliant teacher and a cherished mentor for numerous aspiring students and aficionados of Jewish history seeking to advance their expertise and share it with others.

Above all, he is a true gentleman – soft-spoken and unassertive, even–as I have personally witnessed–in the face of gross imbecility.

Which makes his very public intervention into the disgraceful situation over the ancient Jewish cemetery in Vilnius (Vilna) all the more surprising, and arresting.

Professor Leiman’s call to Jews the world over to protest the Lithuanian government’s decision to build a convention center on the site of this cemetery demands our attention, and our vigorous response.

This is a cemetery that has already been mercilessly desecrated. Between 1948 and 1955, when Lithuania was under Soviet control, the gravestones were stolen for use in local buildings, and then a sports arena was built in the middle of the cemetery, directly above the Jewish remains that are buried there.

Over recent years Lithuania’s leaders have made the claim that all the antisemitism in Lithuania over the last century was a foreign import, brought there by Nazis and Russians, and that the country has now reverted to its default philosemitism, embracing its Jewish heritage and welcoming Jewish visitors and residents with open arms.

This ludicrous assertion, undoubtedly motivated principally by a desire for Jewish tourism and investment, has now been exposed for the sham that it is. Sadly, there are Jewish individuals, including, sickeningly, Faina Kukliansky, who chairs the Lithuanian Jewish Community, who support the construction of the new National Convention Center on this site.

In a letter issued last week, Professor Leiman lays it out powerfully, but without hyperbole:

It is above these people’s remains that the convention center will be built, with much of the funds coming from the European Union.

What a disgraceful desecration of a sacred site!

Is it not enough that the Lithuanian Jewish community was obliterated by the Holocaust, and that this destruction was then compounded by postwar Soviet Union antisemitism? It seems even dead Jews are not safe in Lithuania.

VKukliansky, whose support for the convention center project tells you everything you need to know about her qualifications for Jewish leadership, has even defended the continued existence of the abandoned Soviet-era sports arena on the site, which she says has been designated an architectural heritage site, and therefore cannot be demolished.

Apparently she believes that the same Soviets who removed all the tombstones to build this now abandoned monstrosity need to have their repulsive architectural heritage respected – at the expense of the Jewish cemetery that lies beneath it.

Well, of course that makes sense if she also believes there is nothing wrong with building the convention center over those same graves!

How is the current political leadership of Lithuania, or for that matter, the EU, any better than the contemptible Soviet authorities who began this process in the first place?

Answer: they are not – unless this outrage is halted immediately, and the Old Jewish Cemetery is recognized as an internationally protected heritage site of the Jewish community of Europe, and indeed the world.

In the Torah portion of Vayechi, after making a powerful promise to Jacob, we see the great pains Joseph took to bury his late father’s remains in Canaan, even risking Pharaoh’s ire by suggesting that Jacob’s burial outside Egypt was the preferred option.

Similarly, he requested on his own deathbed that his remains later be removed from Egypt, whenever the Jews would eventually depart and return to their ancestral homeland, and be buried there.

The commentaries offer a variety of explanations as to why both Jacob and Joseph were so insistent about this particular issue. Interestingly, Jacob makes two requests with regard to his burial. The first and most adamant was that he not be buried in Egypt (Gen. 47:29):

Only then did Jacob ask to be buried together with his forefathers.

Although none of the commentaries suggest this, is it possible that Jacob’s seemingly redundant additional request was the result of his prescience regarding the subsequent frequency of grave desecration in Egypt?

No grave of any eminent ancient Egyptian was safe from robbers looking for precious gravesite adornments, notwithstanding the great reverence any such last resting place may have initially been showered with.

Jacob’s burial site in Hebron may not be quite as extravagant or as fêted as his Egyptian one might have been, but Jacob is still there, peaceful and undisturbed, some 3,500 years later.

Jacob’s resolve to be removed from Egypt was a message to his descendants that interference with mortal remains represents the worst kind of disrespect to God, who gave us flesh and bones as the vehicle by which we serve Him in life.

I therefore urge you to sign this online petition requesting that the Vilnius Convention Center project be immediately halted and for the Old Jewish Cemetery once-and-for-all to be put on an international heritage protection list – use this link to sign the petition.

Photo: The Jewish Cemetery in Vilna as it looked in 1922. (Photo by Unknown, Public Domain Link)