A DORMANT MITZVA COMES BACK TO LIFE 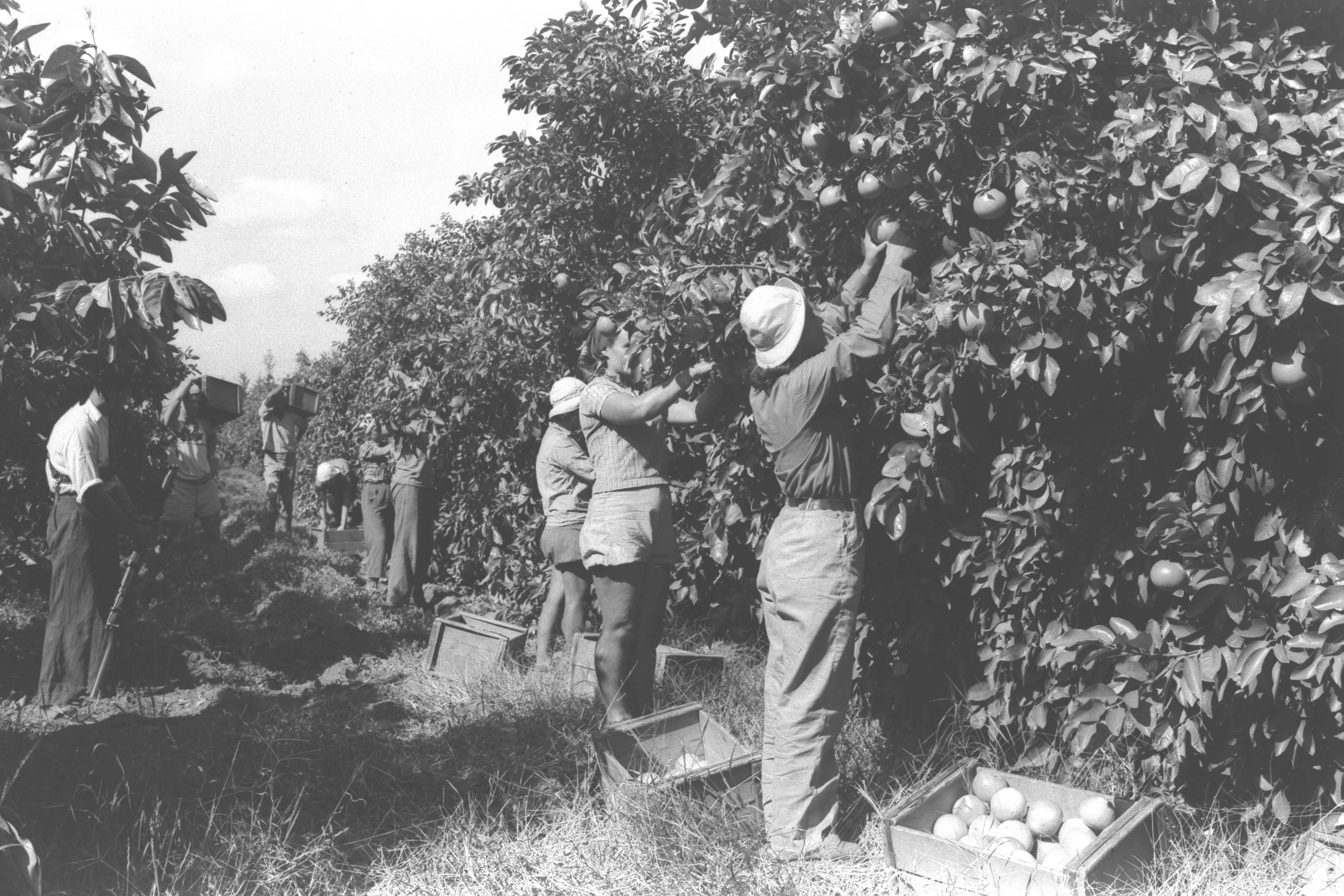 Jews have lived in the biblical Land of Israel uninterrupted for thousands of years.

For much of the last two thousand years Jewish life was confined to small communities of pious families who braved poverty and hardship, relying on generous charitable support from coreligionist communities in North Africa, Asia and Europe.

But starting in the 1870s things began to change, and Jews ventured out into the largely uncultivated semi-arid land, and founded agricultural settlements, such as Petach Tikva and Zichron Yaakov.

Although the success of these communities was celebrated by Jews the world over, the newly opened farms and orchards also became the subject of fierce debate, as Jewish laws relating to land cultivation in the Holy Land that had been dormant for millennia suddenly became relevant and controversial.

The most famous of these controversies centered on the observance of “Shemitta”, the Sabbatical year mandated in this week’s Torah portion (Lev. 25:1-7) for agricultural land in Israel.

In 1888, the rabbinical authorities of Europe vigorously debated whether or not struggling farmers in nascent settlements would need to cease farming the land during the Shemitta year of 1888-9. This discussion took place before the launch of the Zionist Movement, and the rabbis were not swayed by ideology; rather their arguments focused on halachic precedent.

Everyone agreed that without the existence of a fully functioning Temple in Jerusalem, Shemitta observance was a rabbinically imposed stringency rather than a full-blown Torah mandated obligation. But while this allowed for greater leniency, Shemitta was still considered a compulsory requirement, as opposed to an elective option.

Nevertheless, with the farmers complaining that they were barely able to sustain their livelihoods, the leading Ashkenazi rabbinic authority of the day, Rabbi Yitzchak Elchanan Spektor of Kovno, Lithuania, issued a ruling referred to as Heter Mechira (‘sale dispensation’), permitting the “sale” of farmland to local Arabs, so that the Jewish owners could work for these gentile “owners” for the duration of Shemitta, and money earned from the sale of produce could be paid to them as “salary”.

Rabbi Spektor’s dispensation was fiercely challenged by some of his colleagues in Europe, and also by the fanatical leadership of the Ashkenazi Jewish community in Jerusalem, who despised the financial independence of the new agricultural communities.

But despite the vehement opposition – recorded in publications that were so incendiary most were destroyed – the “sale” went ahead, and the grateful farmers were able to work the land.

By the time the next Shemitta year came around, in 1895-6, disapproval towards the Heter Mechira in the Jewish centers of Europe had abated, and it seemed the controversy was over.

That modus vivendi changed when the secular-led Zionist movement was launched in 1897, and agricultural settlements in Ottoman Palestine run by militantly non-observant Jews increased in number.

Religious opposition to the activities of secular Zionists crystallized around the Heter Mechira of 1909-10, and despite the precedent authorized by undisputed rabbinic luminaries of the previous generation, when the charismatic new chief rabbi of Jaffa, Rabbi Abraham Isaac Kook, opted to permit the “sale” dispensation, he and those who supported him were vilified and maligned.

The scene was set for this issue to forever be associated with ideological affiliation rather than systematic halachic reasoning.

Interestingly, however, in recent Shemitta years, more and more farmers, even those who are less religious, have chosen to observe Shemitta rather than to rely on the Heter Mechira.

During the last Shemitta year, in 2014-15, almost 3,500 Israeli farmers left their land fallow. One of the farmers, Ira Zimmerman, a viticulturist from Northern Israel, went on a tour of the United States and Europe to report on the tremendous growth of Shemitta observance.

At every event Zimmerman explained how with each passing Sabbatical year, the number of farmers who choose not to work their land grows exponentially. Remarkably, if you ask them why they are doing it, they generally just shrug their shoulders and answer simply: “because the Torah says so.”

Although, perhaps it is not so remarkable after all. The passage that introduces us to Shemitta begins with the verse, “God spoke to Moses on Mount Sinai” — which is strange, as Mount Sinai is never mentioned in the introduction to any other Torah commandment.

There were two distinct moments during the wilderness sojourn after the Exodus from Egypt. One took place at Mount Sinai, when the Torah was given for the first time.

The other moment took place almost forty years later, in the plains of Moab, when Moses reiterated the Torah for the next generation, who were about to inherit the Promised Land with Joshua at their head.

It was not just the passage of time that separated these two moments; it was also existential realities. The Sinai group had all their needs personally taken care of by God, unlike the Moab group, who needed to be trained for land conquest and land cultivation.

Clearly the observance of Shemitta was of no direct concern to the first group, only to the second. In which case, why is Mount Sinai, and not Moab, mentioned in association with Shemitta?

The answer must be that Shemitta concerned the Jews even when it was irrelevant. The Mount Sinai Jews were hyperconscious of the fact that every facet of God’s Torah, and the commandments it contained, was important.

For all the years after our Temple in Jerusalem was destroyed, when Shemitta was no longer practiced, we nonetheless kept it alive in absentia, eventually re-embracing it when the opportunity arose – at first with the use of a dispensation that acknowledged its continued significance, and ultimately by taking on its full observance, despite a valid way with which to dispense with it completely.

That lesson of love for Torah, even when it appears dormant, is a lesson we have inherited from the Jews of Mount Sinai.