A DEAL REMINISCENT OF THE GOLDEN CALF 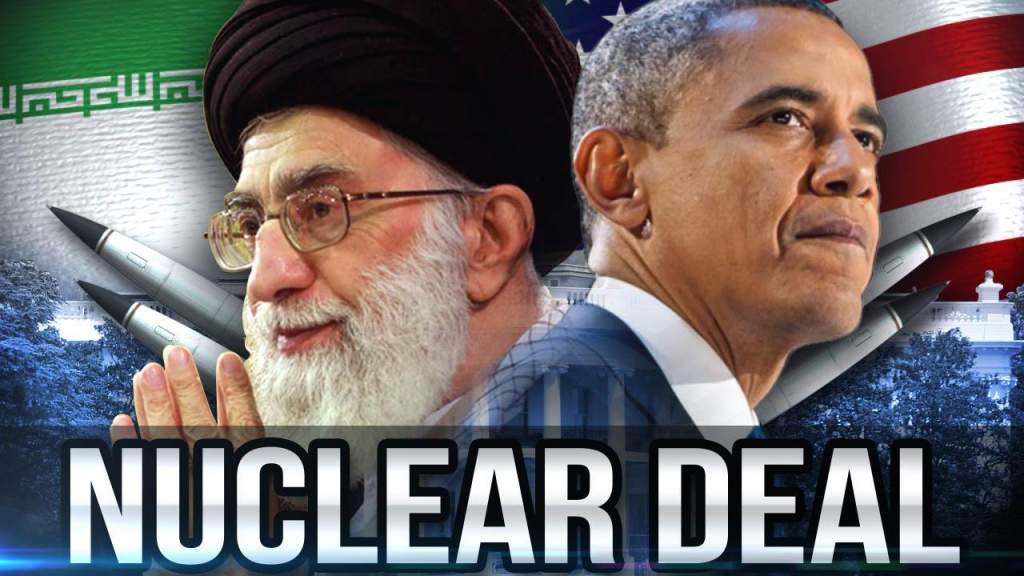 This week, from Sunday through Tuesday, I was at AIPAC Policy Conference.

Let me explain why.

The annual Policy Conference is generally a pretty predictable affair. Thousands of Israel’s supporters gather in Washington DC to proclaim their support not just for Israel, but for the US-Israel relationship.

Senior politicians from Israel and the United States address the delegates, and declare their staunch commitment to the relationship and its perpetuation. Breakout sessions offer a contemporary look at Israel’s successes, and also some of its challenges.

Ordinary Jews and Gentiles from every state, and many from beyond the United States, mix and mingle with senators, congressmen, members of Knesset, intellectuals, journalists, rabbis of every denomination, pastors and priests of every denomination, and network ceaselessly in a two day frenzy of plenaries, breakouts, dinners, receptions, and after-hour meetings at hotel bars, so that the US-Israel relationship might be strengthened and furthered in every possible way.

That is the formula year after year, and has been for countless years.

But this year was different. This year there was only one subject on the lips of every single one of the more than 16,000 people who attended.

Simply referred to as ‘The Speech’, it forced all the other Israel and US-Israel related subjects into the background. All that mattered, it seemed, was the Tuesday morning speech to a joint session of Congress by Israel’s Prime Minister Binyamin Netanyahu.

Although ostensibly coming to talk to Congress about Iran’s nuclear program, a nuclear capable Iran was not the topic of our heated discussions at Policy Conference. What occupied all of us, to the point that literally nothing else seemed to matter, was the very public rift Netanyahu’s speech had opened up between him and the President of the United States, and between Republican and Democrat legislators over the previously non-partisan issue of US support for Israel.

Everyone had an opinion on whether it was wise for Netanyahu to speak under such circumstances. A couple of weeks back I shared my views with you on that subject. Today, however, I would like to address an unrelated point. I want to try and understand why there are supporters of Israel, with longstanding records of such support, who nonetheless wholeheartedly endorse the ‘any deal with Iran is better than no deal’ policy of the President and his fellow travelers.

For the first time in many years we see numerous supporters of Israel out of step with the position on Iran of an Israeli prime minister and his allies in Congress. How is it possible that any of them believes a concessionary deal with Iran will guarantee an era of peace and tranquility, when so much evidence indicates otherwise?

One of the most puzzling and troubling episodes in the Torah is the story of the Golden Calf.

The narrative that unfolds is stark and shocking. Having miscalculated the return of Moshe from his communion with God, and fearing he had died, nervous Israelites requested that Ahron create a deity to replace him and lead them.

The deity was duly created, they worshipped it, and only when Moshe reappeared did sanity prevail.

What is so bewildering is how people who only forty days earlier had received the Ten Commandments, who had personally heard the voice of God, could mess up quite this badly.

The commentators struggle to find a rationale for such a jarring error. Using inferences in the text they offer an alternative narrative that limits the number of sinners to an insignificant minority, or to the ‘mixed multitude’ gentiles who had accompanied the Jews when they left Egypt and whose commitment to monotheism was shaky.

But in the final analysis all these explanations fail to offer real satisfaction. It was precisely this descent into paganism by the Israelites that God had feared, and it seems as if, at the very first turn, His chosen nation had miserably failed Him.

The commentators contend that the majority of those who took part did not view the Golden Calf as a deity. Rather they sought to replace Moshe, who was not a deity, but whose role as a conduit between them and God was critical. Desperate to retain that line of communication, and concerned that with his demise it would be lost, they devised this plan so that the status quo would be maintained and their relationship with God would remain intact.

But the blunder was fatal. By creating the Golden Calf they had abandoned a core principle of Judaism in a vain attempt to preserve a present, the nuances of which they clearly didn’t grasp.

The challenge of Moshe’s absence required a new and dynamic paradigm, not a retrograde formula that embraced the idol-worshipping Egyptian culture they should have left behind.

So although it was not ill intentioned, nor a deliberate abandonment of monotheism, the consequences of the Golden Calf episode might have precipitated disaster for the entire nation.

Those who genuinely support Israel, but who still believe that any deal with Iran is better than no deal, are settling for a Golden Calf rather than going through the effort of replacing Moshe.

Of course they are not ill-intentioned. But by supporting a solution that so evidently undermines the very principles it claims to uphold, these ‘friends’ of Israel are deluding themselves and inadvertently precipitating evil.

Abandoning your core principles in a misguided effort to maintain the status quo is equivalent to idol worship, and a sure way to disaster.