A BIT OF ENTHUSIASM CAN GO A LONG WAY 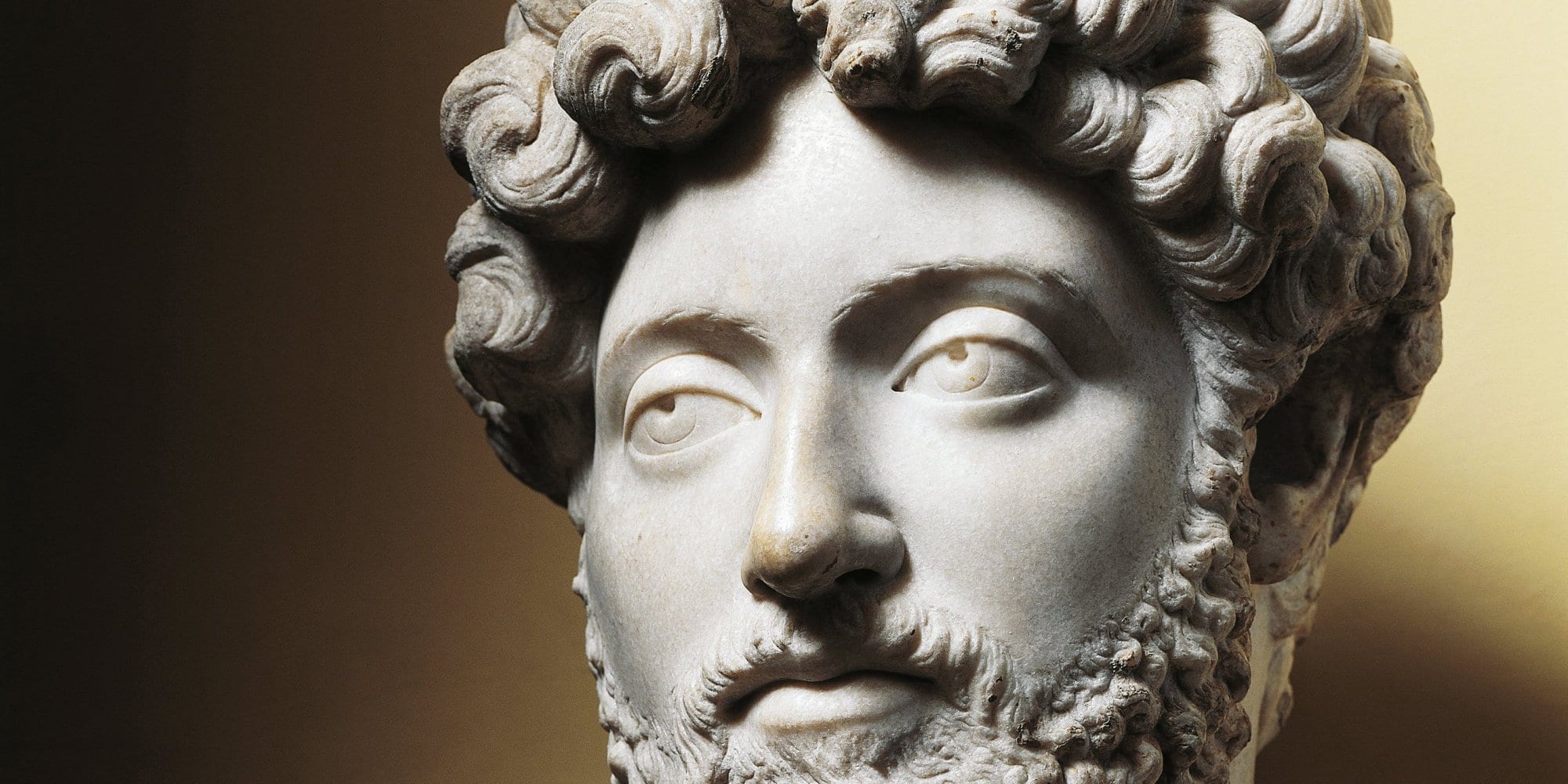 One of the most remarkable of all Roman Emperors was the philosopher-king Marcus Aurelius.

His full name was Marcus Aurelius Antoninus Augustus, which led the polymath nineteenth-century Talmud scholar Rabbi Shlomo Yehuda Leib Rapoport to identify Marcus Aurelius as the Roman “Antoninus”, whose close friendship with the editor of the Mishnah, Rabbi Yehuda Hanassi, is cited in various fascinating episodes and encounters recorded across the Talmud.

Marcus Aurelius is principally remembered for his refreshingly candid philosophical composition, known to us as Meditations, a compilation of personal recollections written to help him with his own moral improvement, and based on his deep commitment to Stoicism.

The Stoics based their lives on the worldview propagated by a school of philosophy founded by the Greek philosopher Zeno of Citium in the early third century BCE. Their belief system proposed that humans have no control over and therefore cannot rely on external events, which means that we only ever have ourselves and our responses as the route to happiness and contentment.

Most famously, true stoics teach themselves to become immune to misfortune and submit themselves to life’s most challenging moments without complaint.

The late Professor Moshe Aberbach and his son Professor David Aberbach, in their jointly-authored essay on the close ties between Judaism and Stoicism, “Hebrew and Stoicism“, correctly pointed out that there are many parallels between our Jewish faith and the Stoic belief system, “not least because Stoicism deals with moral questions which are central to Judaism and is, therefore, closer to Judaism than any other philosophy in the ancient world”, to which they added that “many fundamental teachings of Stoicism appear in some form in the Bible.”

In 1910, after the unexpected death of Rabbi Eliezer Gordon of Telz, Lithuania, during a fundraising trip to London, he was succeeded as head of Telz Yeshiva by his son-in-law, Rabbi Yosef Yehuda Leib Bloch.

An original thinker and gifted teacher, Rabbi Bloch founded a new branch of Jewish ethics that he named Shiurei Da’at, presented as lectures to the students which were later published in four volumes.

In Parshat Shemot he offers an observation that seems very much aligned with the idea of Stoicism being an elevated objective of Judaism.

The Midrash tells us that Moses admitted to a transgression with the word “az” when he protested to God (Ex. 5:23): וּמֵאָז בָּאתִי אֶל פַּרְעֹה לְדַבֵּר בִּשְמֶךָ הֵרַע לָעָם הַזֶה – “ever since I came to Pharaoh to speak in Your name, he has dealt worse with this people.”

The Midrash adds that Moses later corrected his sin by using the exact same word when he led an enthusiastic song of praise to God after the nation was saved at the Red Sea – “az yashir Moshe”.

In an attempt to explain this peculiar Midrash, Rabbi Bloch quotes a different Midrash which teaches that despite the numerous miracles God performed before Exodus, no one had ever sung a song of praise until the splitting of the Red Sea. Not Abraham, not Isaac, not Jacob, nor any of Jacob’s children – all of whom experienced miraculous and wondrous events during the course of their lives.

However, says Rabbi Bloch, rather than this being the result of some failing on their part, it was actually a demonstration of their immutable faith. True faith in God means that one accepts whatever comes your way as the will of God, whether it be bad or good.

Why complain, or indeed sing a song of faith, when one believes that whatever happens has a purpose, whether or not we understand that purpose?

But Moses refused to equanimeously accept the suffering of his brethren. He probed and questioned God, because he could not see how God’s glory was served by increasing their pain and prolonging their servitude.

And it was precisely as a result of his capacity to be stimulated by their distress that he also had the ability to be moved and therefore rejoice in song when he witnesses their miraculous salvation at the Red Sea. These were two sides of the same coin, which, to be sure, was a distinctly unstoical coin.

Rabbi Bloch stunningly suggests that religious Stoicism is preferred to the Moses approach, a view he supports by citing a passage from the Talmud in Berachot (3b).

The passage paints a vivid picture of King David being woken in the middle of the night by the wind whistling through the strings of a lyre suspended above his bed. Unlike the song of Moses, which was prompted by a change from the “az” of slavery to the “az” of redemption, King David’s lyre played music even as he slept, a constant song of faith that had nothing to do with prevailing conditions. It is for this reason that King David became the foundation figure for Messianic redemption.

But while this thesis is both neat and inspirational, it fails to take into consideration that Moses is held to have been the greatest leader the Jewish nation ever had – the man who led us out of slavery and into the metaphorical arms of God at Mount Sinai, where we received the Torah.

And it didn’t end at Sinai. Moses went on to lead the nation for 40 years, through good times and bad, ensuring the survival of this fractious and often rebellious group, and ultimately delivering them to their destiny at the border of the Promised Land.

Notably, Maimonides includes belief in the prophecy of Moses as one of his thirteen articles of faith, but makes no mention whatsoever of Stoicism as a measure of faith.

Not allowing bumps in the road to affect one’s equilibrium may be a demonstration of faith, but such placidity in the face of adversity may also mean reduced passion at moments of great triumph, as was the case for the great men and women of faith who preceded Moses, none of whom ever composed any spontaneous songs of praise despite experiencing great miracles.

Ultimately, human nature is human nature, and we are not robots on autopilot. And while Stoicism may sound wonderful, it fails to take into account our human need to react to events as they happen, and the importance of ensuring that all of our positive enthusiasm is directed towards faith in God, so that our relationship with him is not simply a monotonous flatline of acceptance and acquiescence.

Or, to quote the early twentieth century Supreme Court Justice Oliver Wendell Holmes, “it’s faith in something, and enthusiasm for something, that makes a life worth looking at.”