WORDS THAT LEAD TO VIOLENCE 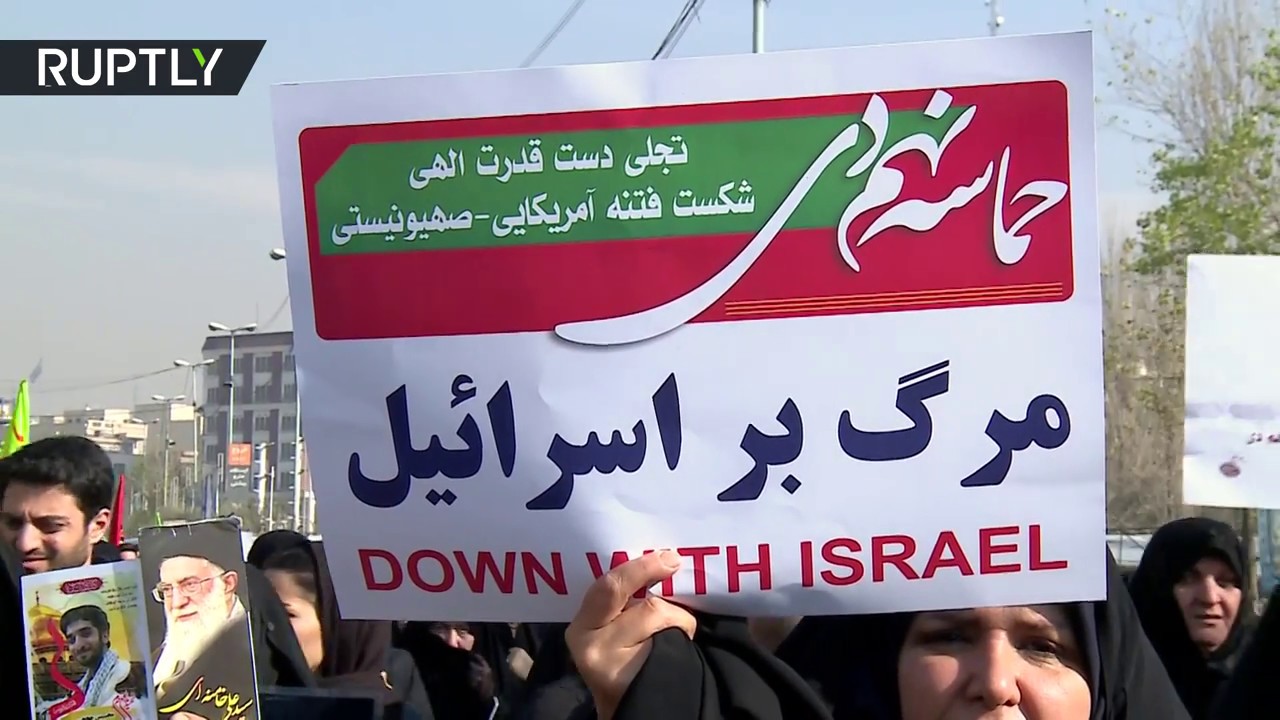 This week marked the first anniversary of the Iran nuclear deal.

Last year at around this time, many of us were engaged in the effort to thwart the deal; yet, despite our valiant efforts, the deal went through and officially took effect in January.

Secretary of State John Kerry proclaimed this week that the agreement had “lived up to its expectations,” and asserted that Iran’s nuclear program had been effectively halted in exchange for sanctions relief.

Kerry’s statement coincided with the alarming revelation that a previously unseen secret document will allow key restrictions on Iran’s nuclear program to ease years before the 15-year accord expires.

The document was a secret letter submitted by Iran to the International Atomic Energy Agency at the same time the deal was signed, and it outlines Iran’s plans to expand its uranium enrichment program in just under 10 years. Although not officially part of the signed agreement, the letter was tacitly approved by all of the six powers that negotiated the deal with Tehran.

This diplomatic sleight of hand was treachery, plain and simple — a shocking and deceptive ploy that turns the weak agreement we all suspected it to be into something that is even worse than that. In their haste to clinch a diplomatic coup, international negotiators gave away a lot more than was ever revealed, enabling Iran to turn itself into an existential threat in less than a decade.

What were they thinking? It defies explanation — particularly since Iran is now threatening to renege on the deal if the other parties don’t adhere to their side of the bargain – namely sanctions relief and international investment. What an absolute mess.

As if this is not enough, two weeks ago the deputy chief of Iran’s Revolutionary Guard, Hossein Salami, warned that his country has more than 100,000 missiles aimed and ready to fire at Israel, and added that “if the Zionists [sic] make a wrong move, all the occupied territories will come under attack from dedicated fighters and the territories will be liberated.”

And when he says “all the occupied territories” he means the whole of Israel, not just Judea and Samaria. Meanwhile, last week, in rallies across Iran attended by tens of thousands of people, Israeli and American flags were burnt amid chants of “Death to Israel!” and “Death to America!”

In 1954, at a White House luncheon with President Eisenhower, Sir Winston Churchill is reported to have told his host with reference to the Cold War, “To jaw-jaw is always better than to war-war.”

Churchill presumably meant that any kind of negotiations, however interminable and inconclusive, were always the better option if the alternative was military hostilities.

But while that might or might not be true, in the decades that have followed, this idea has been taken much further, and is now interpreted to mean that one should ignore enemy rhetoric, and never rise to any kind of verbal bait, as in the end no matter how violent they are, words are not missiles, and threats are not acts of war.

Let them “jaw-jaw” all they want, the argument goes, because in the end who cares what they say, as long as we are not at war.

The Torah portion of Balak exposes just how foolish this approach is. The narrative describes how Balak, King of Moab, summons the notorious soothsayer Balaam to assist him in defeating the Jews before they overrun his country. Balaam was no military strategist, nor was he in command of an army of crack mercenaries. It seems his only weapon was a powerful mouth, as Balak bluntly tells him:

Ultimately Balak’s plan never materializes. God intervenes and prevents Balaam from cursing the Jews, and we are left wondering whether Balaam’s curses were quite as dangerous as Balak thought they were.

The medieval commentators struggle to explain the curse phenomenon, and opinions range from those who think curses work, and that Balaam’s were particularly effective, to those who think that Balaam was a wily charlatan who used clairvoyant skills to identify people who were about to have a stroke of bad luck, so that when their luck turned, everyone would assume his curses had caused their downfall.

Maimonides addresses the whole issue quite differently in his magnum opus, Guide to the Perplexed. As far as he is concerned, curses have no real power, but one is nonetheless forbidden to curse. He explains that as speech can cause such terrible pain, cursing is one of only three prohibitions not involving an action that in rabbinic law can lead to a punishment of lashes.

Although this idea is itself very powerful, it fails to explain why God would have prevented Balaam from uttering curses, and instead turned his words into blessings. A possible solution is that Maimonides understood how violent rhetoric, although seemingly harmless, is always a precursor to physical violence, and is therefore the very gravest of sins.

Without a demagogue to whip up emotions, no soldier would ever go to war, and no army would ever be victorious. The benefit of Balaam’s curses were not in their effectiveness as curses, but in their ability to encourage the Moabites into battle against the invincible Jews, in the belief they could win.

When “jaw-jaw” threatens “war-war,” it is no longer just “jaw-jaw.” If Iran encourages its people to chant “Death to America” and “Death to Israel,” you can be sure that as soon as they have the chance, both Israel and America, and numerous other countries, will be targeted.

And with this week’s revelation regarding the accelerated threat from Iran’s nuclear program, we had better wake up before it’s too late.