THIS IS NOT NORMAL 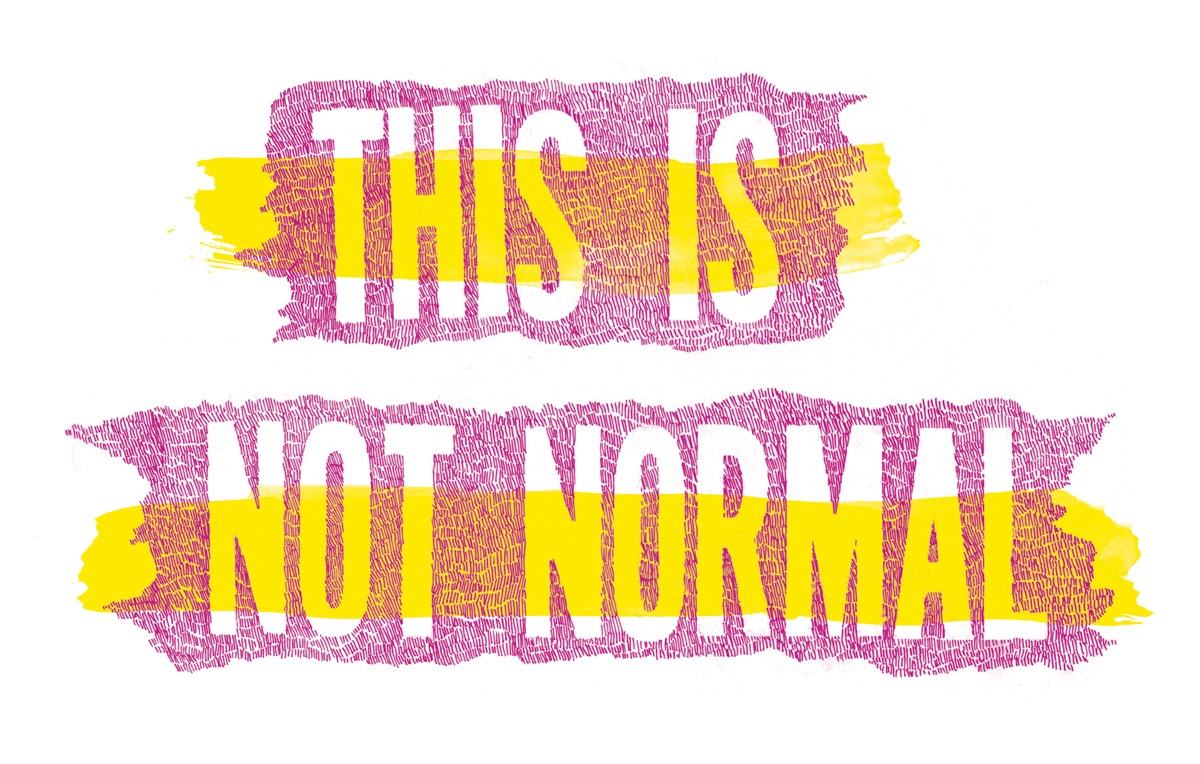 In the late 1990s, Aaron Peckham was a nerdy computer studies undergraduate at “Cal Poly” in San Luis Obispo, California. Just over twenty years later he has an estimated net worth of $100 million and owns and runs a range of profitable technology businesses.

But more than anything else, Peckham is best known as the founder and owner of the trailblazing website Urban Dictionary, a crowd-sourced online dictionary specializing in definitions of popular slang words and phrases which he launched in 1999 while still a student.

But while the idea of a web-based dictionary with volunteer contributors may sound innocent enough, the crowd-sourcing model has caused Urban Dictionary no end of problems, and last month Peckham announced that the website would be putting safeguards in place to prevent contributors from uploading definitions that are offensive, or worse.

Now you may be wondering – and rightly so! – how a dictionary website could ever be offensive. The answer, shockingly, is that although Peckham’s original concept was to create a less stuffy version of dictionary.com, a site which would allow users to “define the messier edges of language” using irony and satire, under the guise of irreverent humor Urban Dictionary has slowly evolved into what the respected technology magazine Wired recently described as a “harbor for hate speech”, while the UK’s Daily Telegraph described it as “a hotbed for racist and sexist rhetoric.”

In February, Jewish News Syndicate reported that Urban Dictionary had been condemned for publishing “hurtful and disrespectful” definitions of the word “Auschwitz.”

I never knew that Auschwitz is a popular slang word – ‘go figure!’ as we say in America – but in any event, included among twenty different definitions for Auschwitz on Urban Dictionary were: “a summer camp for Jews”, “a Disneyland for its time” and “the happy resort for Jews during WW2.”

The Auschwitz-Birkenau Memorial and Museum issued an outraged protest in which they pointed out that the Auschwitz definitions were far from an isolated aberration. To illustrate their point the press release included a screenshot showing an entry on the website for the word “Jews” describing them as “the people who hold all the world’s power, and who are responsible for everything bad that’s ever happened.”

One might have thought that the shakeup in July would prevent any repetition of such clangers, but this week the row erupted again, this time over Urban Dictionary’s definition of anti-Zionism.

Evidently, the online dictionary runs a service via its Twitter account that allows users to mention Urban Dictionary and list a word for definition. In response, a bot answers with a definition after locating the word in the Urban Dictionary database. And so, when asked to give the definition of “Zionism” the tweeted reply was “Anti-Zionism is in no way connected to antisemitism. To be anti-Zionist is to be anti-fascist… Zionists believe that they can turn up in a country and kick out the indigenous population, as did Hitler.”

And lest you think that what happens on some fringe website where the audience “is predominantly male and aged between 15 and 24” is of little consequence in the real world, then you are living in an alternative reality, clearly not conscious of the impact this kind of hate-speech normalization is having on ‘Middle America’.

For example, are you aware of the fact that last week, the California State Assembly adopted Assembly Bill 1460, an ordinance that will make ethnic studies a graduation requirement for California State University (CSU)? And if you’re thinking ‘so what’s the big deal?’ – let me quote from a letter signed by no less than 90 organizations that was sent to Governor Gavin Newsom earlier today (Thursday), urging him to veto the bill:

“We fear that the anti-Zionist orientation of Critical Ethnic Studies … coupled with the willingness of many ethnic studies faculty to bring anti-Zionist advocacy and activism into their professional spaces, will foster a toxic climate for Jewish and pro-Israel students and foment harm against them… CSU does not have a policy that would prevent instructors in Ethnic Studies colleges and programs from using their classrooms for politically motivated and directed advocacy and activism, including the promotion of anti-Zionism and the anti-Israel Boycott, Divestment, Sanctions (BDS) movement.”

This entire issue has been further complicated by a countermeasure passed by CSU, who resent the state legislature’s interference. But faculty and students oppose the CSU version, saying it is ‘watered down’, “because it broadens the requirement to include courses on other oppressed groups” (including Jews) “and conceivably allows for a student to graduate without taking an ethnic studies course as defined in the assembly bill.”

Can you imagine that? Getting your medical or law degree without ever having been through a Critical Ethnic Studies course? Meanwhile, the bill awaits Governor Newsom’s signature.

Unchecked, whatever exists on the fringes ultimately winds its way into the mainstream, and before you know it the extremist views of radicals and weirdos, as represented by an overwhelming number of angry tweeters and news website commenters, suddenly threaten to contaminate the education of the next generation, and more worryingly, the safety of law-abiding communities who have cherished beliefs and views, such as the right of Jews to self-determination in the country of their religious heritage.

In warning the Jewish nation to beware of the malign influence of idolatry in Parshat Re’eh, Moses seems to be stretching feasible outcomes to the limit. The Jewish nation, having been through the purgative experience of forty years in the wilderness, after falling foul of God on several occasions, and in particular for their ill-advised worship of the Golden Calf and their imprudent acceptance of the false report given by the spies, had surely learnt their lesson good and proper – don’t fall for dazzling rhetoric delivered by those on the margins, nor should one ever be swayed by the false promise of fringe-ideas and ideals.

And yet, Moses warns them in the starkest of terms (Deut. 13:4): “Do not heed the words of such a prophet or dreamer; God is testing you to see whether you really love God with all your heart and soul.”

As inconceivable as it seems to us, idolatry was hugely attractive to those first generations of Jews who carried out the conquest of the Promised Land, becoming the norm for many despite Moses’ dire warnings, and despite the experience of their forebears in the wilderness – just as the most ridiculous ideas and seemingly fringe views have crept their way into the mainstream in the twenty-first century.

The warnings from history are there time and again – never take ‘normal’ for granted – and yet we easily forget what has happened countless times before. Blink and you’re faced with a deluge of belligerent anarchy, intent on replacing sensible and conventional ideas with the idolatry of modernity – namely, an urgent desire to uproot the stable society which is the foundation of western life.

And it is fair to say that unless we proactively oppose these insidious trends now, we will all suffer the dreadful consequences.