THE JEWISH ASPIRATION FOR PERFECTION 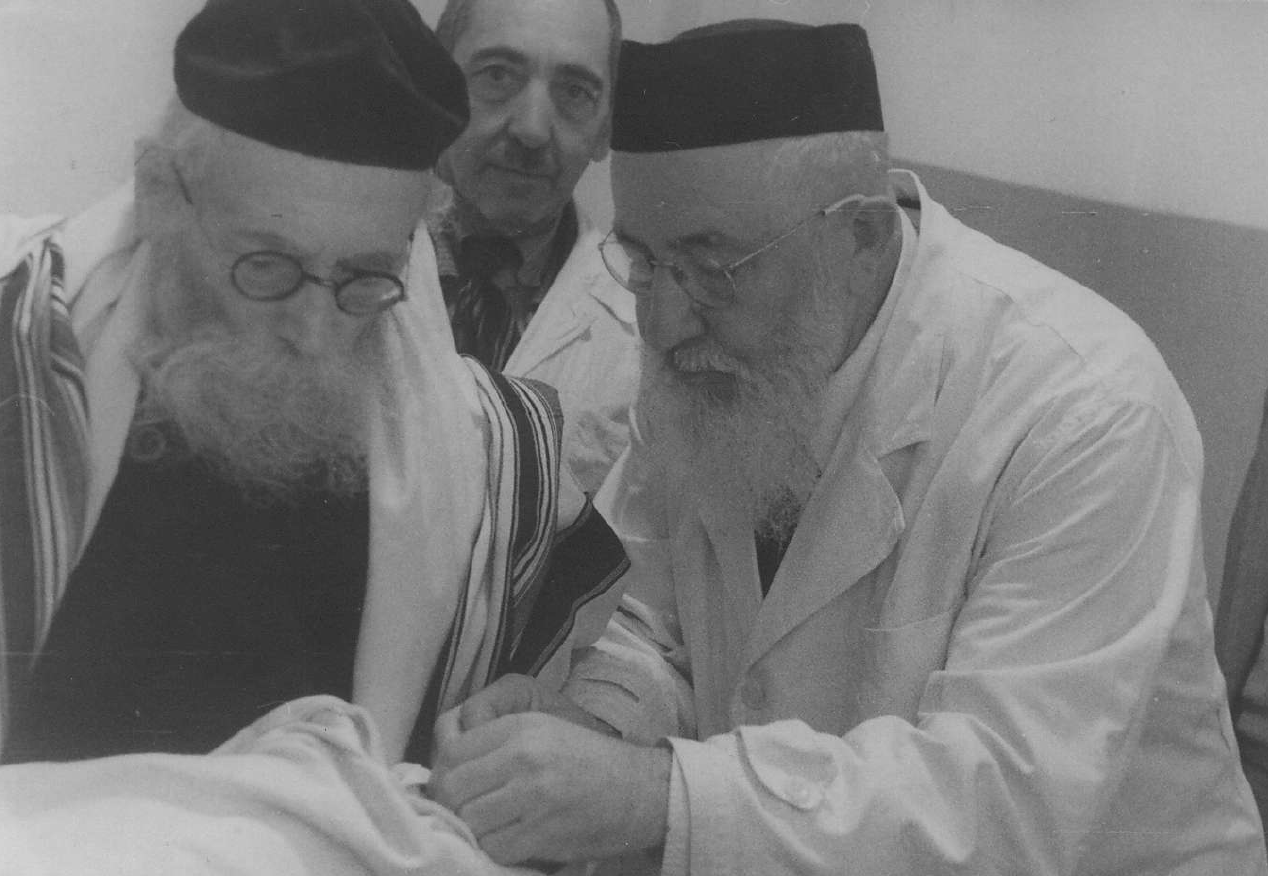 Tucked away at the beginning of the Torah portion of Tazria is the mitzvah of Brit Milah – the obligation to circumcise every male Jew, ideally on the eighth day of his life, or as soon as possible thereafter.

I vividly recall during my stint as assistant rabbi in Moscow in the early 1990s, the long lines of adult men and boys who waited for hours to have their Brit Milah done by the Mohels (ritual circumcisers) who would periodically visit from overseas.

For the most part these Russian Jews could not read Hebrew and had experienced very little Judaism in their lives, and yet they were willing – and eager! – to go through the discomfort of a circumcision, so that they could meaningfully demonstrate their inclusion in the Jewish nation.

Circumcision is widely understood by Jews of all shades and persuasions to be a vital Jewish identity ritual, and is consequently a highly emotive issue for Jews who want to distance themselves from tradition.

In 1995, Victor Schonfeld, a militantly secular Jewish TV producer, whose grandfather (of the same name) was the first rabbi of the strictly orthodox German-origin Jewish community in London, and whose uncle, Rabbi Solomon Schonfeld, was the fearless savior of thousands of Jews before and during the Holocaust, produced a TV documentary called “It’s a Boy!” which claimed that the circumcision of boys at such an early stage in their lives carried unbearable risks, and was in any event an infringement on their freedom of choice.

The controversial program included interviews with parents, both Jewish and Muslim, who expressed their regret for having forced circumcision on their children.

The United States is not immune to this phenomenon. Just this week, Jeffrey Falick, a former Vice President of the bizarrely named Humanistic Rabbis Association, wrote an article for Jewish Business News in which he said that within Humanistic Judaism – a fairly new Jewish denomination that claims 30,000 adherents – “there is a growing tendency to oppose circumcision altogether in favor of the new peaceful [my italics] welcoming ceremonies.”

The ceremonies he is referring to are known as ‘Brit Shalom’, essentially initiation events for newly-born Jewish babies that include vestiges of the traditional Brit Milah ceremony, minus the circumcision.

The official stance of Humanistic Judaism on circumcision was formalized in a statement at the Leadership Conference of Secular and Humanistic Jews in April 2002 as follows:

“Our commitment to the autonomy and dignity of every human being raises questions about a non-consensual, painful, and practically irreversible surgery, removing a male infant’s foreskin.”

People like Schonfeld and the leaders of Humanistic Judaism undoubtedly think that they are at the cutting edge of modernizing and updating Jewish identity. In reality they join a long line of Jews throughout history eager to dispense with a mark of Judaism that accompanies every Jew from the youngest age.

The Hellenizing Jews of ancient Judea, in cahoots with the Antiochus IV Epiphanes of the Chanukah story, sought to abolish circumcision from Jewish life, many of them even opting to undergo a painful procedure known as epispasm, which reverses the results of foreskin removal.

At the dawn of Christianity, Paul and Barnabas, who were both born Jews and certainly circumcised as babies, proclaimed at a conference of Christian leaders in Jerusalem that the only thing that counts is what is in people’s hearts, and uncircumcised gentiles should therefore be allowed to join the new religion without having to be circumcised – as long they were true believers.

It is evident from these two examples, and the prevalence of their modern day counterparts, that there is a visceral abhorrence of circumcision that unites all those who wish to redefine their identity as Jews, or leave Judaism altogether. This fact is puzzling, and demands explanation.

I believe the solution is clear if one looks at the location of this mitzvah in the Torah. The pasuk states (Lev. 12:2):

If there is one common theme running through the rules of ritual impurity it is its association with death and the repulsive.

But surely nothing is more beautiful, more hopeful, more positive, than a new life. In which case the imposition of ritual impurity on a birthing mother seems quite counterintuitive.

The answer is in the fact that Brit Milah is very much part of the equation.

The Midrash records a heated debate between Rabbi Akiva and the Roman procurator, Turnus Rufus, who questioned why children were not born circumcised if God wants them circumcised.

Rabbi Akiva responded that God gave us the mitzvot to enable His people to refine themselves, and to develop themselves into something greater than the sum of their parts.

Jewish tradition teaches us that a birth is only wonderful if the life it initiates is lived as God intended. Otherwise it is just the beginning of a decline that will inevitably result in death – and a life lived that way is, for want of a better phrase, a ‘death-life’.

The Brit Milah is the first act of every Jewish male, inducting him into a life that acknowledges the imperfections and limitations of a physical body and of human ability if left to run its own course.

For women it is the birth of a child that encapsulates the tension between what will inevitably be and what could potentially be, while a man requires the circumcision as his permanent reminder.

That is why circumcision is such an essential component of Jewish identity. And that is why those who seek to abandon Judaism cannot wait to discard it.