THE DANGER FROM CONSPIRACIES 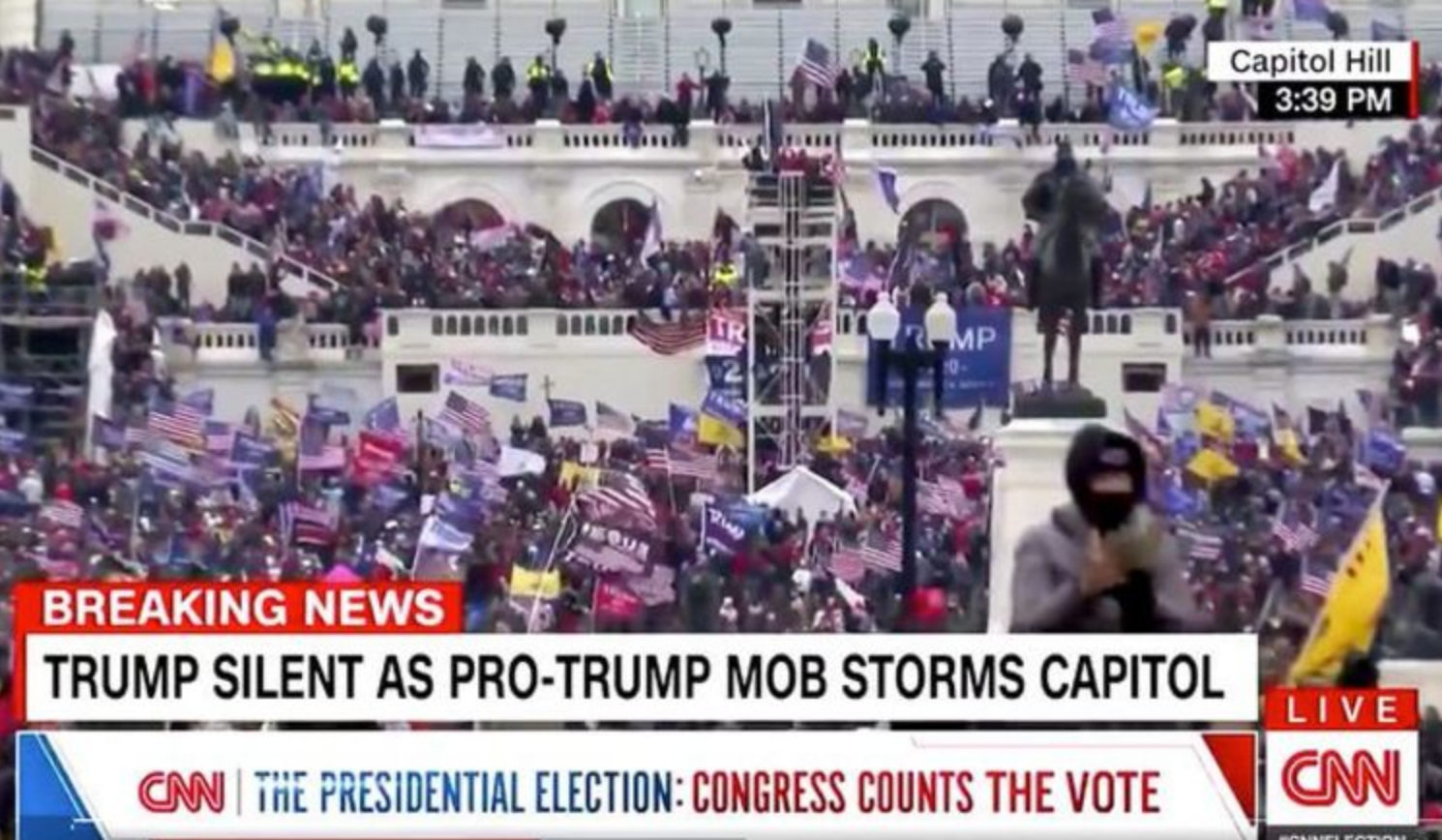 The violent invasion of Congress by a mob of pro-Trump supporters has sent a paroxysm of fear across the United States, and the world. A bastion of democracy has been violated in a way that is horribly reminiscent of the Storming of the Bastille in Paris, France, on 14 July 1789.

But there is a stark difference. In 1789, the protestors represented a popular movement trying to upend the autocratic rule of the French monarchy. They had right on their side, however misguided their violent actions. In contrast, the scenes out of Washington DC in 2021 reveal the efforts by retrograde anarchists and purveyors of chaos who are determined to undermine the rule of law and the stability of the world’s greatest democracy.

And in the wake of those alarming scenes at the Capitol, Senator Lindsay Graham – previously a devoted supporter of Donald Trump – declared at a press conference, “these people aren’t patriots, they are domestic terrorists.”

But even as the handwringing escalates, and condemnations gather pace, the most shocking aspect of this entire episode has been the loss of lives for the sake of a misguided cause. Four people died as a result of the invasion of Congress. One of them was Ashli Babbitt of San Diego, shot and killed in the halls of the U.S. Capitol by law-enforcement officers trying to repel the mob she was a part of, as they attempted to overrun the Senate.

Babbitt, a decorated Air Force veteran, was apparently an enthusiastic Trump supporter, but truthfully, what really matters is that she was an ardent believer in, and promoter of, the insidious QAnon conspiracy theory movement. According to Babbitt and a significant number of fellow-traveling Americans, president-elect Joe Biden didn’t win the 2020 presidential election, a startling notion that they base on countless conspiracy narratives which actively promote the idea that the election was stolen.

Yes, Ashli Babbitt died as a sacrifice to the incendiary lies promoted by QAnon and numerous other peddlers of false information – including, sadly, Donald Trump – regarding every aspect of political and civic life in the United States. What an absolute disgrace.

According to a 2014 article in the American Journal of Political Science, about half of all Americans believe in at least one disproven conspiracy theory. The most dangerous propagator of conspiracies is the anonymous blogger QAnon, whose favorite conspiracy theory is that President Trump has been waging a secret war against a pedophilic ring of “deep state” elites linked to the Democratic Party.

But there are numerous conspiracy theories out there, urban myths that are bled into the mainstream by a range of characters ranging from anonymous bloggers to mainstream media personalities: the COVID-19 pandemic is a hoax; the COVID-19 vaccine is injected with a microchip to keep track of those who are vaccinated; the world is controlled by an elitist group of individuals called “Illuminati”; and many, many others.

After the First World War, prominent German influencers and retired military leaders came up with a crazy theory they called Dolchstoßlegende (“stab-in-the-back myth”), an emotionally charged claim that Germany had not actually lost the war on the battlefield, but rather it had been betrayed by civilians – particularly Jewish financiers and anti-monarchists – who faked the military loss so that they could overthrow the Hohenzollern monarchy and destroy German power.

No amount of proofs to the contrary made the slightest bit of difference to those who bought into this nonsensical narrative; instead the conspiracy was further stoked and promoted by political opportunists, particularly the Nazis, which directly resulted in the catastrophic rise to power of Adolf Hitler’s Third Reich, a disaster for all of humanity.

The eminent French sociologist Émile Durkheim (1858-1917) was the first person to come up with the idea that a “social fact” is not necessarily true, but rather it is what society believes to be true. Even if evidence demonstrates this “fact” to be untrue, it makes no difference.

Scientific fact and sociological fact do not necessarily intersect; if a broad group of people believes something to be true, then it is true for them, and even if it is not true, they will still behave as if it is. That is why a society may respond to the believed existence of something non-existent by mobilizing counter-measures to counteract it. They are fighting a shadow, a hallucination, but to them the fight is real.

At the beginning of Parshat Shemot, Pharaoh addressed a rally of his people so that he could reveal a grave danger that he believed was threatening Egypt – the Jews. No doubt his adoring fans all screamed their approval as he told them (Ex. 1:9): הִנֵּה עַם בְּנֵי יִשְׂרָאֵל רַב וְעָצוּם מִמֶּנּוּ – “Behold, the Israelite people are much too numerous and are stronger than us.” And I am certain that Pharaoh rallied them all to his shameful cause by building on this unfounded myth of there being a Jewish threat to Egypt; the route from his incendiary rhetoric to violence, enslavement and genocide was short and sharp.

Once the social fact was established, all bets were off, and despite the reality – namely, that the Jews were peaceful, and that great harm would come to Egypt if they persecuted the Jews – Pharaoh and his supporters were hellbent on going down the path they had chosen, a path that ultimately led to a devastating result for Egypt in general, and for Pharaoh in particular.

The U.S. political establishment has always been a beacon of civility and democracy – and particularly notable in its ability to execute a peaceful transition of power from one party to another. The embrace of damaging conspiracy theories by leading politicians and their followers has been an aberration, but it is an aberration that has resulted in one of the most devastating blows to American democracy in the history of the United States.

It is now imperative for leaders and citizens of all political persuasions to take a deep breath, and to publicly repudiate every narrative that endangers the future of democracy and freedom. Any other route has the specter of Pharaoh’s ill-fated campaign against the Jews at the dawn of history hovering over it. We must stop this abomination in its tracks right now. The stakes are simply too high.