THE BRUTAL MURDER OF MY PENPAL, EITAM HENKIN 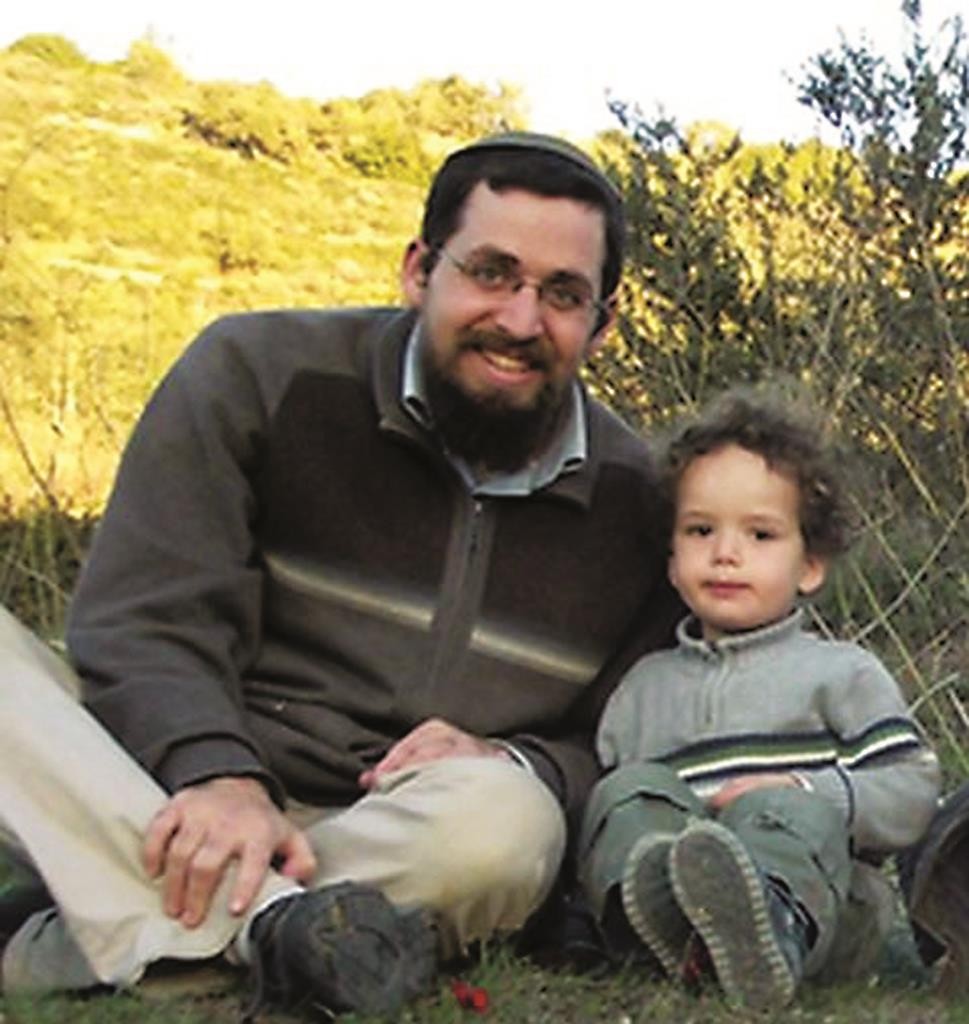 The subject of the article was an obscure rabbinic eccentric, Rabbi Joseph Shapotshnick, the protagonist of a book I have been working on for many years.

Menachem is undoubtedly the Jewish world’s most indefatigable networker of Jewish academics, and he gave me Eitam’s email address so that we could be in touch. I reached out to him, and we engaged in a brief exchange of emails. I sent him some of the material I have written on Shapotshnick, and we commented on each other’s research.

In his final email – written on December 4 – Eitam informed me of the recent birth of his fourth child.

Two weeks ago Eitam and his wife Naama were brutally murdered by Arab terrorists while driving with their four children towards their home in Neria. Their murder was utterly senseless, and most likely random – part of a new wave of terrorism being perpetrated against Jews in Israel by Islamic Jew-haters.

Tragically the Henkins’ cold-blooded killing has receded into the background as news of so many other similar killings and attempted killings have emerged, dominating our attention, and clogging up our social media.

But the face of the man I corresponded with but never met, as seen in the many photos that appeared on the internet after his slaying, continues to haunt me. I can’t get it out of my head. He and I shared a common interest in the eclectic side of Jewish religious history, and I felt an automatic affinity with him.

He was younger than me, and now he will never reach my age. He won’t be there to celebrate the barmitzvas or weddings of his children. He will never write another article, nor research another topic. He and his wife, both flowers in full bloom, have been ripped from the midst of their families, and prevented from making their full, lifelong contribution to the Jewish people. Their violent death sickens me to my stomach.

But what sickens me more is the reaction of the world, and particularly the left-leaning Jewish world. There is a quote often misattributed to Albert Einstein: ‘the definition of insanity is doing the same thing over and over again and expecting different results.’ In this situation it is not even ‘doing’ the same thing, it is ‘saying’ the same thing – again and again, like some sort of tantric mantra, almost as if by saying these things they become true.

“Israel’s occupation of the West Bank is to blame.”

“Those crazy fanatical Jews who insist on Temple Mount rights are provoking these attacks.”

“We need a two-state solution so that the root of the hostility against Israel is addressed.”

What a load of codswallop!

You cannot make peace with people who see or at least present Jews as the illegitimate invaders and occupiers of ‘their’ territory, falsely kept in place by the United States. That this narrative is a lie wrapped in layers of lies seems to no longer be relevant. The Palestinian Arabs have slowly but surely convinced the world to believe it. No wonder no one protests as Jews are randomly stabbed going about their daily lives in Israel. Instead Israel is enjoined to act with restraint against these murderers.

How about encouraging Arabs not to leave their homes with kitchen knives to stab Jews for the crime of being Jewish? How about encouraging Arab leaders to insist publicly and convincingly that their people should immediately desist from trying to kill Jews? Of course nobody does that. Because if the narrative is that Jews are guilty of illegal occupation, and guilty of incitement by wanting to visit Temple Mount, then Jews have it coming to them, and are lucky that only a few of them are getting killed.

It is sickening, just utterly sickening.

It is also extremely dangerous, although not for Jews. The Torah portion Noach begins with a strange pasuk explaining the cause of the devastating flood: וַתִּשָׁחֵת הָאָרֶץ לִפְנֵי הָאֱלֹהִים וַתִּמָלֵא הָאָרֶץ חָמָס ‘the world was corrupted before God; the world was filled with thievery.’ The following two pesukim present thievery as the cause for the flood, not the corruption before God. Defying God by worshipping pagan effigies and engaging in sexual immorality was somehow more tolerable than the fact that the world was full of cheats and thieves. The Talmudic sages depict a society where even those who were appointed to secure justice fostered corruption, robbery and fraud by legalizing it.

Western civilization has evolved into a society that celebrates God denial and sexual immorality. But until recently all of that could be excused in light of the free world’s overall sense of justice and fair play, both domestically and internationally. Wrong was wrong, and right was right, and right was always worth defending against wrong. So, despite the great odds, the West did everything to oppose Soviet Russia, and refused to tolerate any evil, wherever it reared its ugly head.

Sadly, in recent years, this fundamental structure has been undermined. The free world’s attitude towards Israel is just a symptom of that change, as is the tolerance for Iran’s nuclear program, or Russia’s invasion of Crimea. Democracies that pride themselves as bastions of justice and rectitude inexplicably support as well as defend lies and corruption.

The world needs to turn a corner, and to head back to where it once was. If not, the direction we are heading in spells devastation and disaster.