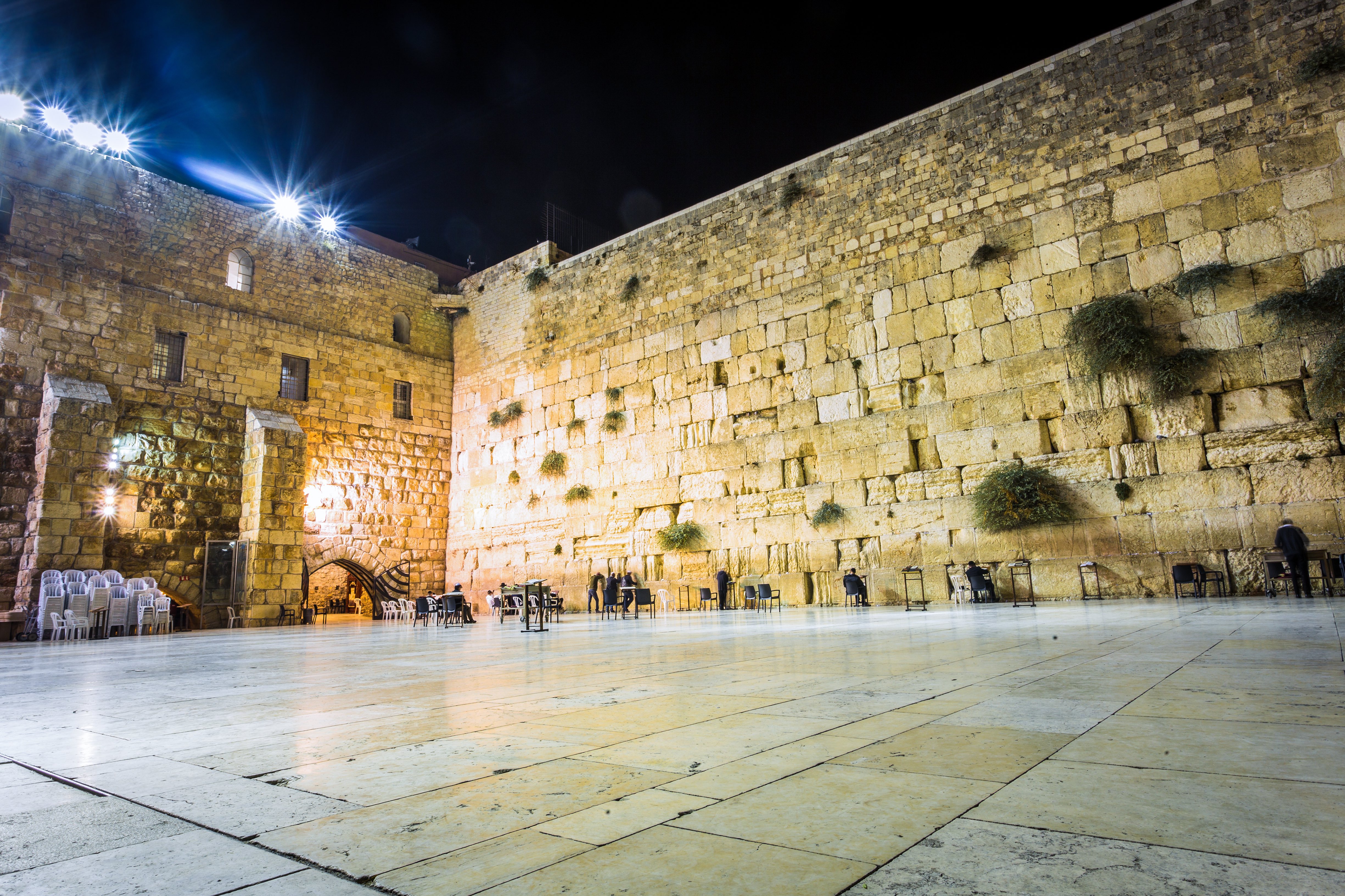 Some years ago, while browsing in a dusty second-hand bookstore in London, I came across a pamphlet titled ‘A Brief Guide to Al-Haram Al-Sharif’, published in 1929 by the Supreme Muslim Council of Jerusalem.

Intrigued by the title and content – about which more in a moment – I purchased the slim booklet and added it to the small selection of books and pamphlets I have put together over the years relating to the violent unrest known as the ‘1929 Palestine Riots’.

This particular pamphlet appears to have been published as a guidebook for English-speaking tourists who wished to ascend onto Temple Mount. The Supreme Muslim Council who authored it was a body created in 1921 by the first British High Commissioner in Palestine, Sir Herbert Samuel, as part of the preparatory work implemented in anticipation of the launch of the British Mandate in 1923.

Samuel was Jewish, and hailed from a nominally orthodox family, although he was personally an atheist. A leading British politician and an ardent Zionist, he was a close personal friend of Chaim Weizmann, later Israel’s first president.

According to Weizmann, Samuel was eager to see total Jewish hegemony over the Land of Israel achieved in as short a time as possible, and although he was not willing to share the details of his strategy, he specified that as part of his plan “perhaps the Temple may be rebuilt, as a symbol of Jewish unity.”

Which only makes his personal involvement in the creation of the Supreme Muslim Council all the more tragic. As the primary representative in Palestine of the British government, which at this early stage of the Mandate was eager to demonstrate even-handedness in all its dealings with Palestine’s inhabitants, Samuel formed the council to represent the interests of the Muslim faith, and to formalize the authority of the various parochial waqfs and sharia courts in the territory now under British control.

But instead of seeking out Muslim leaders who would act responsibly and in concert with his own Zionist-oriented objectives, Sir Herbert foolishly allowed the appointment of the rabble-rousing Mufti of Jerusalem, Hajj Amin al-Husseini, as president of the 5-member council.

This hasty act quickly led to friction, and ultimately, in 1929, to a spasm of Muslim-inspired violence that resulted in the murder of 133 innocent Jews, and the injury of 339 others.

The riots began after screens and seating were introduced at the site of the Western Wall, historically recognized as the last remaining remnant of the Jewish Temple, and were sparked by the spurious charge, chiefly articulated by the reprehensible Husseini, that Jews had no right to pray at the Western Wall in the manner they wished, on the basis that both the land in front of the wall and the wall itself were integral parts of the Muslim holy site, Haram Al-Sharif, and located on precisely the spot where Mohammed had tethered his horse before ascending to heaven.

Both of these claims were eventually debunked by the British government in the Shaw Commission report of 1931, although, wary of being accused of favoritism towards the Jews, the commission determined that the Western Wall and adjacent land were located on Muslim owned property, even if they were not actually part of a Muslim sacred shrine.

The reason I am mentioning all of this is because it makes the following excerpt from the opening ‘Historical Sketch’ that appears in the 1929 pamphlet remarkably relevant to the furor over the Western Wall and Temple Mount that erupted these past few days:

The site [of Haram Al-Sharif] is one of the oldest in the world. Its sanctity dates from the earliest  – perhaps from prehistoric – times. Its identity with the site of Solomon’s Temple is beyond dispute. This, too, is the spot, according to universal belief, on which ‘David built there an altar unto the Lord, and offered burnt offerings and peace offerings’ (2 Samuel 24:25).

The guidebook goes on to inform the reader that despite the ancient connection between this site and the Jews, the guide’s authors had decided to confine themselves to the Muslim period associated with Temple Mount, which began in 637 A.D. – almost 1700 years after the era of King David and King Solomon.

This editorial decision is hardly surprising; the people composing the pamphlet were the Supreme Muslim Council. What is surprising – in fact, astounding! – is that this hardline extremist-led organization willingly admitted in print that the site they called Haram Al-Sharif was originally Temple Mount, with an association to Jews and Judaism dating back to the dawn of history.

That this was printed in the very same year that riots erupted over the site – riots that were incited by the very same organization that printed it – is irrefutable proof that the fight over Temple Mount and the Western Wall was about Muslim supremacy, rather than the legitimacy of the Jewish claim to the site.

And now, in 2016, some 87 years after the Supreme Muslim Council acknowledged the Jewish historical claim to Temple Mount, we have seen this long accepted historical fact upended, and the disavowal legitimized by the only international body that should know better.

On Tuesday UNESCO ratified a resolution on Jerusalem that deliberately omitted any mention of the historical link between Jews and that ancient city. The resolution went even further. It specifically identified only the Muslim holy sites on Temple Mount, while intentionally ignoring the Jewish temple that stood there long before Islam came into existence.

Every Jew, every Christian, every atheist – and indeed, every honest Muslim – needs to raise their voice in protest at this egregious injustice.

What kind of world do we live in, if for some pathetic political consideration incorrigible bullies are allowed to bulldoze their vile agenda through the international community’s only cultural representative body? Even the Nazi-collaborator Hajj Amin Al-Husseini never stooped this low.

Silence in the face of this travesty cannot be rationalized as harmless neutrality. It is a sacrilege against truth, and amounts to collaboration with the latest permutation of the world’s oldest hatred.