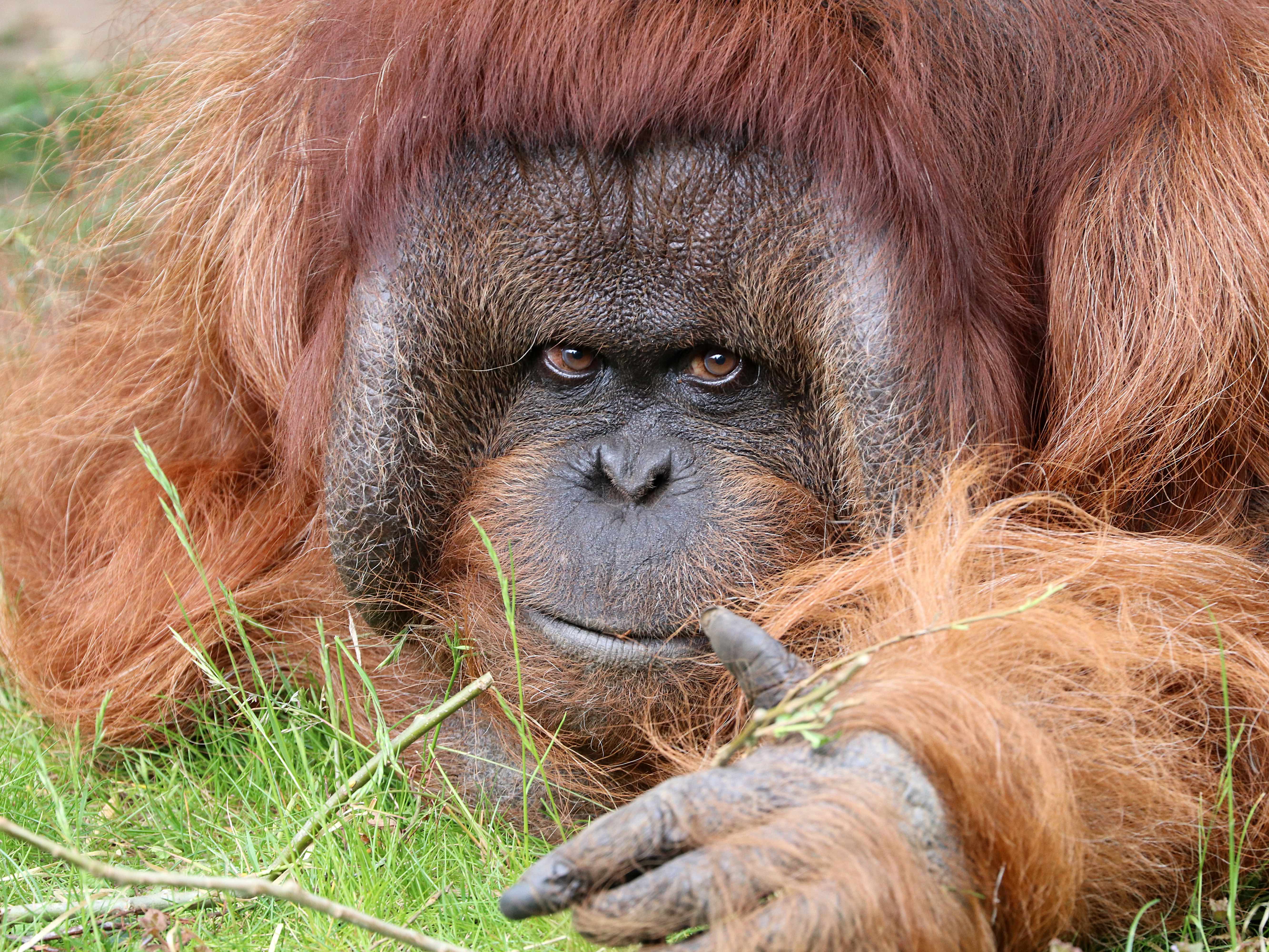 This week I came across a headline that really grabbed my attention:

“Orangutans Exhibit Human-Like Speech for the First Time on Record.”

Intrigued by the thought of talking apes, I dove into the article hoping to read about some hidden community of high-end primates who were able to converse intelligibly and intelligently on literature and economics and had suddenly been discovered by a group of intrepid anthropologists.

Or perhaps the garrulous orangutans referred to in the headline were busy engaging in heated discussions about the upcoming presidential election? Now wouldn’t that be fascinating, I thought to myself – hearing what a parallel species has to say about Donald Trump and Hillary Clinton!

To my immense disappointment, all such hopeful expectations were quickly dashed. It turned out the article was not about orangutans in the plural, but about one very forlorn looking specimen called Rocky, an exhibit at Indianapolis Zoo.

Rocky apparently spent her formative years in the entertainment industry as “the most seen orangutan in commercials, movies, and other media”. More recently she has confounded researchers with her ability to mimic human sounds in what they refer to as a “conversational manner”.

Well, that may be the case, but you will surely agree that this is quite a comedown from the “human-like speech” promise of the headline.

According to Dr. Rob Shumaker, director of the zoo and author of a recently published paper on this phenomenon, “orangutans can clearly and carefully control their vocalizations and they can do it in real-time interacting with another individual.” To show the extent of Rocky’s vocal abilities, the researchers held conversations with her in which she mimicked a variety of human sounds in return for treats.

A video link led to a clip of one of these documented “conversations”, and I watched it several times trying to see for myself how Rocky was interacting conversationally in a way that exceeded the acrobatics of a dolphin doing tricks for treats at SeaWorld, or a parrot mimicking human speech in reaction to some particular stimulus.

In the end I was entirely underwhelmed by Rocky, or more specifically by Shumaker, whose grandiose claims seemed to me to be somewhat overstated. The fact that an ape can mimic human sounds reveals nothing about the origins of human speech, as he claims it does, nor can it tell us anything more than the fact that this particular ape has learned to use its vocal chords to emit sounds that elicit the gift of some candy.

The debate about animal intelligence has raged for years, long before Rocky and Shumaker. In the late 1970s and early 1980s the same debate erupted around Koko the gorilla, a resident of Woodside CA, whose observable use of ASL (American Sign Language) to communicate, often in ways that confounded conventional wisdom on animal intelligence and comprehension, led to frequent press coverage and lucrative public interest.

The age-old saying “if only they could talk” seemed to crystallize in this loveable 300-pound lowland gorilla with a fondness for pet kittens. She recognized herself in the mirror, articulated her emotions, and even cracked jokes. And, as I found out when I googled her, she is still going strong at the age of 45.

And Koko is hardly the first example of an intelligent mammal. In the 1780s a sideshow animal known as “Learned Pig” caused quite a stir in England. Able to choose from a series of printed cards, the savvy hog answered complex mathematical problems and answered a range of questions by spelling out words.

Learned Pig was followed by many other similarly adept pigs, including one called the “Pig of Knowledge”, who was introduced to President John Adams in the late 1790s.

Rather than delving into the debate over whether animals are capable of communicating with humans, as opposed to them simply responding to human prompts and expectations, for the purposes of this piece I will simply accept that there are animals, however scarce they may be, who have the capacity to converse with humans through sounds or signs, or by choosing cards, and that this shows how human superiority is rather more limited than we all believe it to be.

Actually, such animal intelligence proves nothing of the sort. Even if Rocky was able to converse intelligibly with her keeper, or Koko could ASL better than other ASL users, or there was a savvy swine out there that could answer trigonometry questions with greater accuracy than the average 10th grader, it would have no bearing on the question at hand.

Our capacity for greatness surpasses any other living creature, and the window into that greatness is precisely via the medium of speech and communication.

The Torah portion of Matot begins with a chapter that deals with oaths and vows. The most striking words occur close to the beginning of the chapter (Num. 30:3):

Our mouths are not just a means of communicating with others, whether our interlocutors are animal or human, nor is our ability to articulate thoughts via speech particularly unique. Our vernacular may be more complex than that of animals, but even insects communicate with each other in their own way.

What makes our communication unique is the fact that we are aware of God, and anything we commit ourselves to is uttered before Him.

No animal, even an orangutan that shares 97% of our DNA structure, has any conscious awareness of God. Which means that even if they could speak like you or me, it would only be to communicate for self-serving interests.

It also means that if we choose not to communicate “before God”, or if we are prone to breaking our word, we are no better than Rocky or Koko.

Perhaps another thought to bear in mind in the countdown to the November election.