MESSAGE AND MEDIA IN THE AGE OF DONALD TRUMP 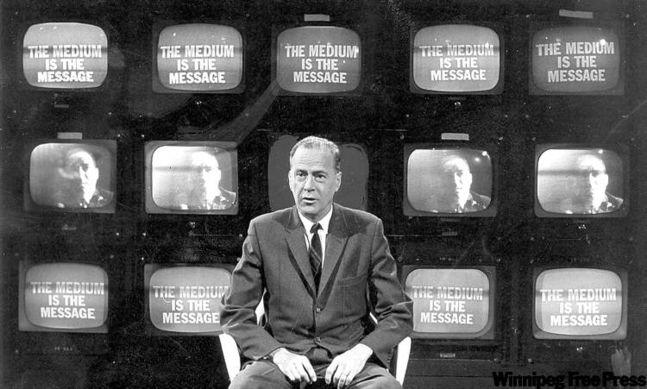 Earlier this week, I came across a remarkable article in the New York Times by their media correspondent, Michael Grynbaum.

Using an interview with former White House supremo Steve Bannon as the hook, Grynbaum focuses on the role and fortunes of the media in the era of President Donald Trump.

“It’s the first McLuhanesque presidency,” was Bannon’s startling opening line. Marshall McLuhan (1911-1980) was the notorious postwar Canadian professor who coined the phrase “the media is the message” in 1964, and then went on to become a media celebrity in his own right.

Greenbaum reminded us that McLuhan believed we would one day all live in “a media-saturated era where reality is less important than its representation.”

While trying to work your head around that concept, it is worth noting that in January 2016 the New Yorker ran an article in which it breezily predicted the demise of the social medium, Twitter. Stock in the company took a dive, but a year later, in February 2017, Fortune magazine reported that Twitter users had grown by almost 25 million people in the previous year, i.e. almost 10%.

So how did Twitter pull it off? Simple, it didn’t. According to Fortune the resurgence of Twitter is due to one factor, and one factor only – Donald Trump.

MacLuhan himself could not have made this up. The president’s notorious tweets have brought in a whole new generation of Twitter users, as well as reawakening dormant users, the result of people realizing that only on Twitter could one encounter the @realDonaldTrump.

And Twitter is just the tip of the iceberg. Newspapers that struggled to stay afloat have suddenly been given a new lease of life; journalism, widely held to be a dying profession, has seen its fortunes revived; and a resurgence of serious investigative journalism has replaced the kind of trashy, superficial “scoops” we all imagined had become the new reality.

Intriguingly, this revival is being generated by the very media that benefits from its own success. The story, you might say, has become the story. Or, as Grynbaum put it, “a story’s ‘buzz,’ [is] variously defined by the number of retweets, Facebook likes or panicked text messages from White House aides that it generates.”

This phenomenon has had its own knock-on effect – political reporting has morphed “from 1,000-word stories into stand-alone nuggets designed to set Twitter aflame.”

Trump, who eschews formal press conferences, and frequently attacks the big news organizations in his quirky tweets, has nonetheless taken to using White House photo-ops – always attended by dozens of reporters – “to spar with reporters off-the-cuff, sometimes for nearly an hour at a time.”

Another person who has seized the moment is Jim VandeHei, a co-founder of Politico, who last year launched a news website called Axios that publishes stories of 250 words or less about Washington politics, all of them containing deliberately designed soundbites for social media.

Think about it. The President Trump we “know” is not actually a person – he’s a media story, a soundbite, a tweet, a post. Trump gets it, Bannon gets it, and the media gets it.

“When [Trump] says you’ll miss me when I’m gone, and your ratings will go through the floor, he’s absolutely correct – that’s McLuhan talking through Trump,” said Bannon.

The big question is – do we get it? And the answer to that is, we only get it if we understand the power of a message. And although I don’t buy into some of McLuhan’s wackier theories about media – such as the idea that it depends on which senses are engaged by a given medium as to whether the resulting impression will be visual or acoustic – I do fully concur with his view that the power or effect of any message is completely dependent on the method of its presentation, and the impression it makes on those who receive it.

Actually, McLuhan didn’t come up with this – rather, its origins can be found in an unusual directive associated with the revelation at Sinai.

In the lead up to God giving the Torah, He instructed Moses to prepare the nation for this seminal moment. If they uphold the covenant, said God, and faithfully fulfil the words of the Torah, they will be my treasured people.

Instead of ending it there, God added a further piece that is both cryptic and unique. Tell them, He said to Moses (Ex. 19:6):

This instruction seems to be over and above the one to uphold the covenant and remain faithful to God.

The phrase “kingdom of priests” is not found anywhere else in Hebrew Scripture, and although the concept of aspiring to holiness does appear elsewhere (for example, see Lev. 19:2), it must be contextualized in terms of the preceding injunction if we are to understand both of them properly, or at all.

The sixteenth century Italian bible commentator, Rabbi Obadiah Sforno, was acutely aware of this anomaly, and proffered an enlightening explanation that echos our earlier theme.

Being a “kingdom of priests” – namely, a self-assured nation that is not only pious in its behavior, but pious in its appearance; and a “holy nation”, immortal in who they are, and in their endurance with that identity, is the key to being God’s chosen and treasured people.

It is not enough to observe the law and believe in God. While that is certainly the foundation, it has no impact nor any lasting value if it makes no impression. Priests must be visible in their priesthood by being cloaked in their priestly vestments.

Which means that while the media may not be the message, the message will never amount to anything if there is no media.

Photo: Marshall McLuhan “The Media is the Message” (Public Domain)