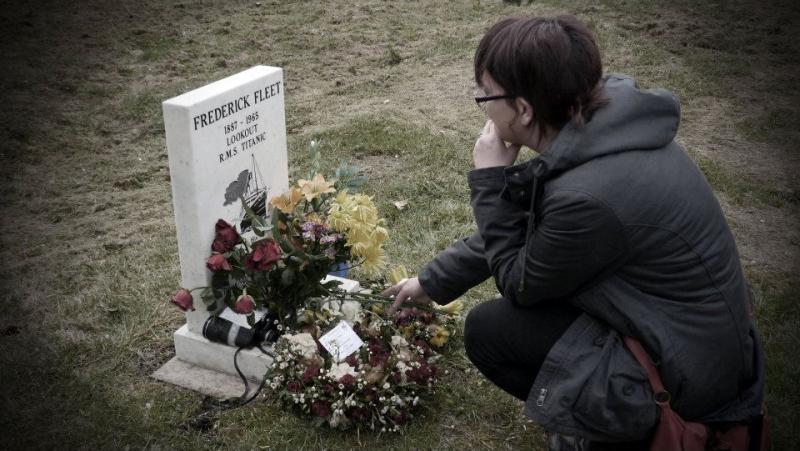 I love this quote from Napoleon Bonaparte (1769-1821): “Never interrupt your enemy when he is making a mistake.” Although, I expect he wasn’t too happy that no one interrupted him when he embarked on his ill-fated Russian campaign of 1812.

We all make mistakes – but truthfully, most of our mistakes are inconsequential and are easily learned from and corrected. In which case, why do we work so hard to avoid making mistakes? The answer is really simple. There are some mistakes – like Napoleon’s Russian campaign – which have such far reaching consequences, that being sanguine about any kind of mistake-making is absolute folly.

Truthfully, some of those mistakes seem utterly trivial as they happen. Take the story of Fred Fleet (1887–1965). Fleet was a British sailor who was engaged as a lookout for the maiden voyage of the ship RMS Titanic. On the fateful night of 14th April 1912, he was on duty when the ship fatefully struck an iceberg, a maritime tragedy that resulted in more than 1,500 deaths. It was Fleet who first spotted the iceberg, and he immediately alerted the bridge with the infamous message: “iceberg, right ahead!” But it was too late. If only he had seen the iceberg earlier, perhaps disaster could have been averted.

When Fleet testified at the various Titanic inquiries, he told the authorities that had he been issued with binoculars: “we could have seen [the iceberg] a bit sooner – enough to get out of the way.” Not surprisingly, Fleet suffered severe depression in later life and eventually committed suicide by hanging at the age of 78. Most painfully of all, there were binoculars on board Titanic – but Fleet didn’t have access to them, as they were locked up and the key never made it on board.

Tragically, the Titanic’s shipping company White Star Line had decided to swap the ship’s second officer David Blair with someone else. Blair had the key to the binocular locker, but he forgot to hand it over to his replacement. No doubt he thought that the mistake was entirely innocuous – but 1,500 lives later it turned out to be one of maritime history’s most tragic errors ever.

Not every mistake with far-reaching consequences has results we would consider negative. In early June 1944, the Nazi regime and military hierarchy were fully prepared for an Allied invasion of Europe via the northern French coast. But German field commander, Marshall Erwin Rommel (1891-1944), believing that the Allied invasion was weeks away because of persistent bad weather, decided to fly home to celebrate his wife’s birthday. Following his lead, other Nazi officers left the frontline to participate in training exercises further inland.

Then, on June 6th, 1944 – the same day as Rommel’s wife’s birthday – Allied forces invaded Normandy, and by the time Rommel returned from the ill-fated birthday celebrations all five beaches had been captured by Allied forces. One can almost hear Napoleon chuckling knowingly.

Napoleon would certainly have chuckled at the first narrative that records an interaction between the twins, Jacob and Esau, in Parshat Toldot. Esau arrives home, drained after a day of hunting. Unaware that his grandfather Abraham had died, and that the soup on the stove was for the mourners meal, he demanded a bowl from his canny brother Jacob. “No problem,” Jacob said, “but in exchange let me have your rights as the firstborn son.”

If only Esau had paused for a moment, or if only someone had warned him that firstborn status was crucial for his future – but it was not to be. No one interrupted him as he made his life-changing mistake, and exchanged his future for a mere bowl of lentil soup.

All the bible commentaries wonder about the inclusion of certain narratives in the Torah. After all, the vast majority of biographical details for our earliest forebears and their relatives are absent – so why tell a particular story instead of the many others one could have told? In each case there has to be a good reason to recall a specific incident, as opposed to so many other details of their lives that we know nothing about.

It would therefore make sense that this story of Jacob and Esau has an important lesson to teach us. And while it is certainly true that we need to know about Jacob being Isaac’s rightful heir, the details of the story of him obtaining those rights are so vivid and evocative, there is clearly another important message here.

I would therefore suggest that the takeaway relates to Esau’s impulsive disposal of his firstborn status for the sake of some soup. Only the foolhardy regard the mundane matters of their day-to-day lives as insignificant, and choose to ignore seemingly innocent events as life unfolds as being immaterial to their futures. Responsible people watch their p’s and q’s and walk around with their eyes wide open, always hyperconscious of the fact that each and every act can have the kinds of consequences one might later regret.

In our own lives, as well as in the lives of those we know or whose progress we see reported in the media, we can often see how these little aspects of life can magnify so that they ultimately cause endless grief and discomfort. Esau’s callous ambivalence is a warning to us from the dawn of our history, a warning as relevant today as when it was first recorded.